Date night for the newlyweds! Ariana Grande and her husband, Dalton Gomez, attended a Christina Aguilera concert on Saturday, July 17.

The “Positions” singer, 28, shared a series of videos to her Instagram Story after the Hollywood Bowl show.

“Screaming,” she wrote alongside footage of the Burlesque actress, 40, singing her 2003 single “Fighter” onstage. “i love you. congratulations to you & the @laphil on a STUNNING show.”

Later, the Victorious alum captioned a separate clip with another one-word review: “dead.”

Music has long played a role in Grande and Gomez’s romance. In May 2020, the couple confirmed their relationship by slow dancing in the “Thank U, Next” singer and Justin Bieber’s “Stuck With U” music video.

The Grammy winner also detailed their love life in multiple songs on her sixth studio album, Positions, including “Love Language” and “Obvious.” 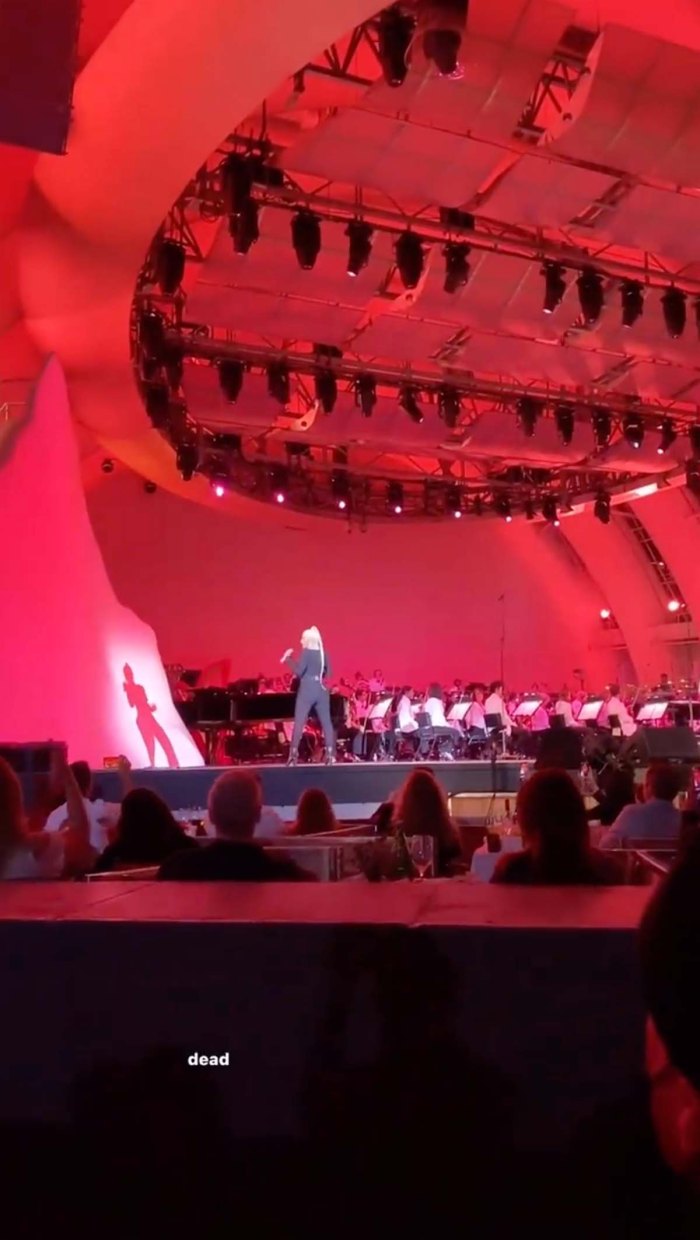 Us Weekly confirmed in May that the duo wed in a secret ceremony at their home in Montecito, California.

“The room was so happy and full of love. The couple and both families couldn’t be happier,” Grande’s rep said in a statement at the time.

The twosome — who first met when Grande hired the real estate agent to help her find a house before the COVID-19 pandemic — got engaged in December 2020 after less than one year of dating.

“Ariana is beyond excited,” a source told Us that same month. “She has really enjoyed getting to know and falling in love with Dalton out of the spotlight, something she didn’t get to do in her past relationships. They are so in love and committed to spend the rest of their lives together.”

Following their nuptials, the pair jetted off to the Netherlands for their honeymoon. Earlier this month, the “7 Rings” singer shared photos from the trip, with one image showing them sitting in a pair of giant wooden shoes and others displaying the European country’s lush landscapes. An insider previously told Us that Grande and Gomez spend “almost all of their time together.”

The source added in February: “[They are] beyond obsessed with each other. … He loves to dote on her [and] he just makes her really happy. All of Ariana’s friends and family love him for her.”