It’s over. Ashley Benson and G-Eazy have called it quits after less than one year of dating, Us Weekly can confirm.

The breakup news may come as a surprise to fans as a source told Us Weekly exclusively just last month that Benson and G-Eazy, both 31, were “in a great place” in their relationship. 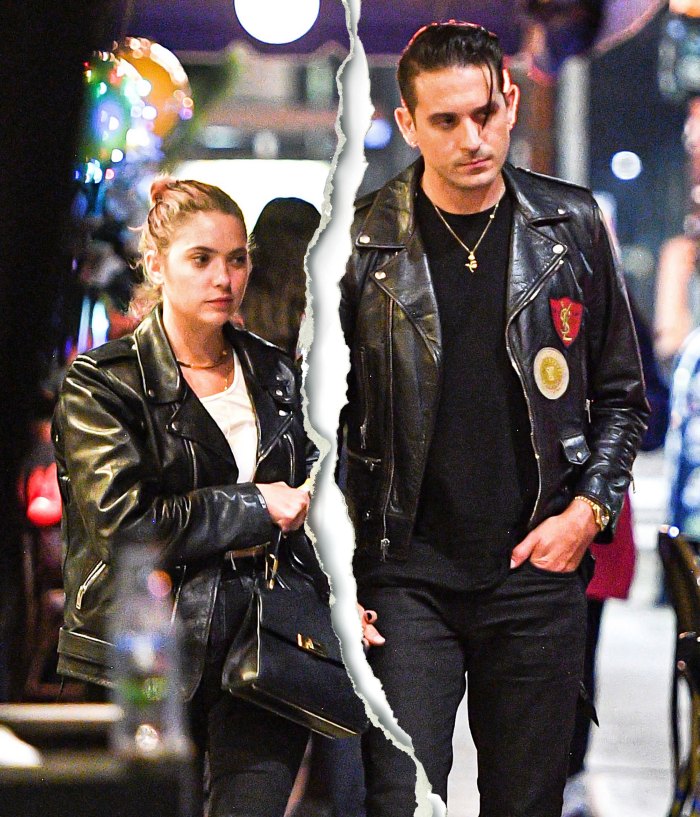 Ashley Benson and G-Eazy out on a date at La Poubelle on October 11, 2020 in Hollywood, California. Marksman/MEGA

“Friends of hers thought he might just be a rebellious rebound, but there is real chemistry between them,” the insider revealed on January 14.

Us confirmed in May 2020 that the pair were an item following Benson’s split from Cara Delevingne earlier that month. The Pretty Little Liars alum had been dating Delevingne, 28, for nearly two years. The “I Mean It” rapper, for his part, was notably linked to Halsey — who is now expecting her first child with boyfriend Alev Aydin — on and off until their 2018 breakup.

Early into their romance, a source told Us that G-Eazy and Benson were “hanging out and seeing each other” but it was “not serious” between them at the time. However, over the course of their relationship, the duo bonded while collaborating on music together, including a cover of Radiohead’s “Creep.”

“She’s an exceptionally talented person in many different spaces. She’s a special one,” he told Entertainment Tonight in October 2020. “Obviously, she’s a great actress, but, you know, getting to work with her and putting her in front of a microphone and watching her sing so effortlessly, she has this very special tone of voice and texture and something that’s very innate to her given that’s not her first job or what she’s known for. It just blew me away that you can have such a hidden, special talent that the world doesn’t get to see as often.”

G-Eazy and Benson appeared to be heading into a serious direction, as the rapper teased their plans to spend Thanksgiving together last year.

While celebrating the Pixels actress’ 31st birthday in December 2020, the “Me, Myself & I” rapper dropped the L-bomb via Instagram. He captioned six candid photos, “Happy birthday beautiful ? @ashleybenson I love you to the moon & back.”

E! News was the first to report the news of their split.