Caught off guard! Hours before Ashton Kutcher and Mila Kunis appeared on the Today show on Monday, February 1, the Two and a Half Men alum had quite the wake-up call. 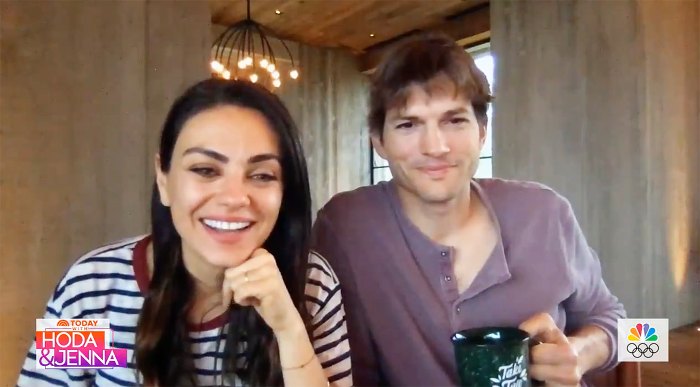 Kutcher, 42, then noted that his former That ’70s Show costar was “watching in the middle of the night” and he was so out of sorts when he woke up. “I didn’t know what was going on. I’m like, ‘Is there someone else in the bed?’ It was terrifying,” he said. “You are cheating on me with this show.”

The duo, who married in 2015 and share daughter Wyatt, 6, and son Dimitri, 4, are only the latest stars to rave over the Netflix period drama, which debuted on Christmas Day and has already been renewed for a second season.

Star Phoebe Dynover has opened up about the many sex scenes between her character, Daphne Bridgerton, and Daphne’s love interest, Simon Basset, played by Regé-Jean Page. 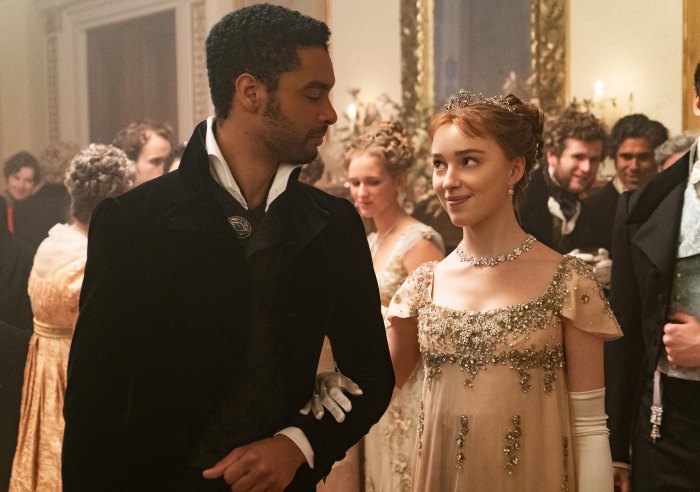 “In a lot of the Regency stuff we’ve seen in the past, we see a very composed woman. There’s not much sexuality there. It’s very much the male gaze. I wanted to make her feel modern and have sexual desires, as women do, and have a lot going on that isn’t surface level,” the actress, 25, told Glamour on Tuesday, January 26. “You feel very vulnerable in those scenes. We did the intimate scenes like stunts—we blocked them out, so you have yoga balls in between you and all sorts of things that never make you feel exposed in any way. You always feel safe. I’d rehearse with Regé so much that we both knew what we were doing. It felt very practical.”

“On my own, it’s a different thing. The stage directions are very specific: You have to [perform having] an orgasm. It’s a difficult thing to rehearse, which means you don’t,” she explained to the magazine. “You just do it. I always get back to the fact that [our intimacy coach] Lizzy [Talbot] was on set for that scene. If we didn’t have an intimacy coordinator, it would be our director, who was a male, coming up to me and telling me what to do. That would have been awkward. I felt so safe in the knowledge that Lizzy was there, so that if something went wrong or the director wanted something different he could speak to her first. I think it would have been a very difficult experience if Lizzy hadn’t been on set protecting me and looking after me. No one wants to be told how to perform orgasm [on set] by a man.”

Jada Pinkett Smith is an open book. Since the May 2018 launch of her Facebook Watch show, Red Table Talk,...