No love lost! Becca Kufrin laughed off her broken engagement to Garrett Yrigoyen in an Instagram Story on Sunday, December 27.

The former Bachelorette opened her DMs to questions from fans, fielding one about a time “when you thought you had life figured out.” Kufrin, 30, responded with a photo of a car with a vanity license plate that read “FNLROSE” — a nod to the season 14 finale of The Bachelorette where she picked Yrigoyen and he proposed. 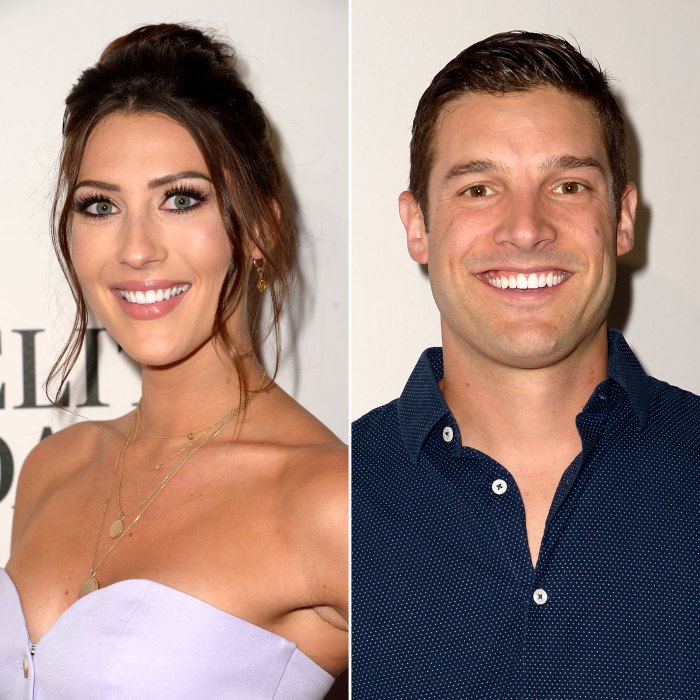 Kufrin and her fiancé announced their breakup in September. She didn’t say any more about Yrigoyen, 31, or their split in the Story, but did add a sticker that read, “LOL.” Kufrin was also dumped by Arie Luyendyk Jr. on his season of The Bachelor in 2018 after he proposed to her and then had second thoughts about runner-up Lauren Burnham, who he later wed. 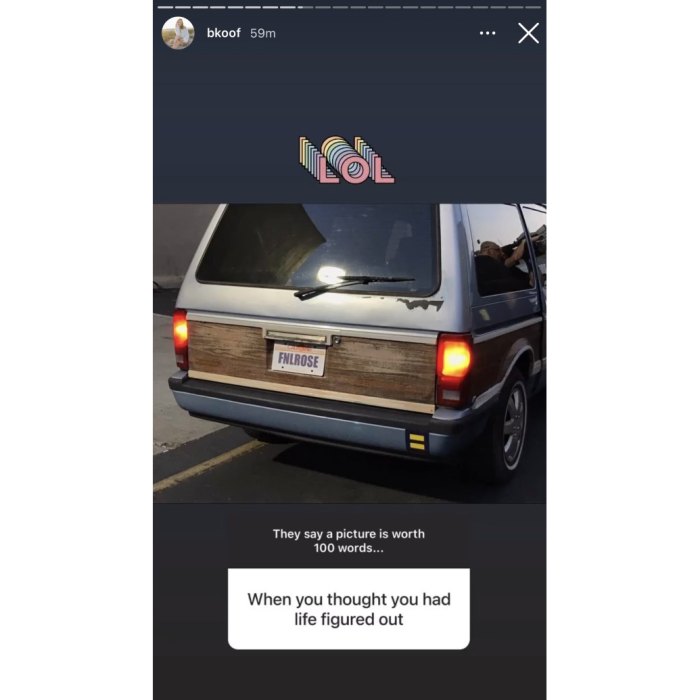 Asked to share a photo from “a time you had to put on a happy face,” Kufrin shared one from September 1 — around the same time her split news broke. She also posted a photo from her best Bachelorette date, which she said was with runner-up Blake Horstmann.

Although Yrigoyen has moved on with Alex Farrar since ending his engagement to Kufrin, the reality star told Us Weekly exclusively she’s very single. In fact, she said during the December 3 interview that her dating life was “basically nonexistent.”

“Going through a breakup in the middle of a pandemic/quarantine has really put a crimp on dating,” she said while promoting her and Andi Dorfman‘s double date night fundraiser.

The “Bachelor Happy Hour” podcast cohost added that auctioning off a date with her fellow Bachelorette star, 33, is “me finally putting myself out there, [and saying], ‘Here she is, people, ready to go!”

Kufrin continued: “For me personally, I haven’t actually dated since my breakup. So this is technically the first date I’ll be going on and it’s kind of public and with a complete stranger, so yes, I am a bit anxious. Thank goodness I’ll have Andi by my side.”

Before she announced her split, speculation was rife about the demise of Kufrin and Yrigoyen’s relationship.

“I don’t think it’s going to come as a shock to anyone, but Garrett and I have decided to end our engagement,” the Minnesota native said in a September episode of her podcast. “After many conversations, we came to this decision. It wasn’t something that we just arrived at one night. It wasn’t based solely off of one Instagram post or somebody else’s opinions or comments. There’s much more to it.”

In October, she shut down rumors that politics prompted her and Yrigoyen to call it quits. After Kufrin voiced her support for President-Elect Joe Biden via Instagram, a social media troll suggested her supporting a Democrat was the “real reason he left.”

The troll wrote, “He could do so much better with a level headed woman.”

Kufrin quipped back, “It’s a shame this is the sentiment that people resort to.”