Still on! Lauren Burnham laughed off a rumor that she and Arie Luyendyk Jr. have called it quits before welcoming their twins.

The former Bachelor contestant, 29, took to her Instagram Stories on Friday, January 15, to share a screenshot of an email she received from a news outlet that asked her to comment on speculation that she and the race car driver, 39, “have separated.” She captioned the post, “I meannnnn if you count the 3 hours we separated for him to go dirt biking last weekend, yeah we’ve ‘separated,’” adding a crying-laughing emoji.

It is unclear where the rumor originated as the former reality stars, who celebrated their second wedding anniversary earlier this week, have seemingly been on cloud nine in recent months. In December 2020, they announced that Burnham is pregnant following her miscarriage that May. Days later, the parents of 19-month-old daughter Alessi revealed that they are expecting twins. 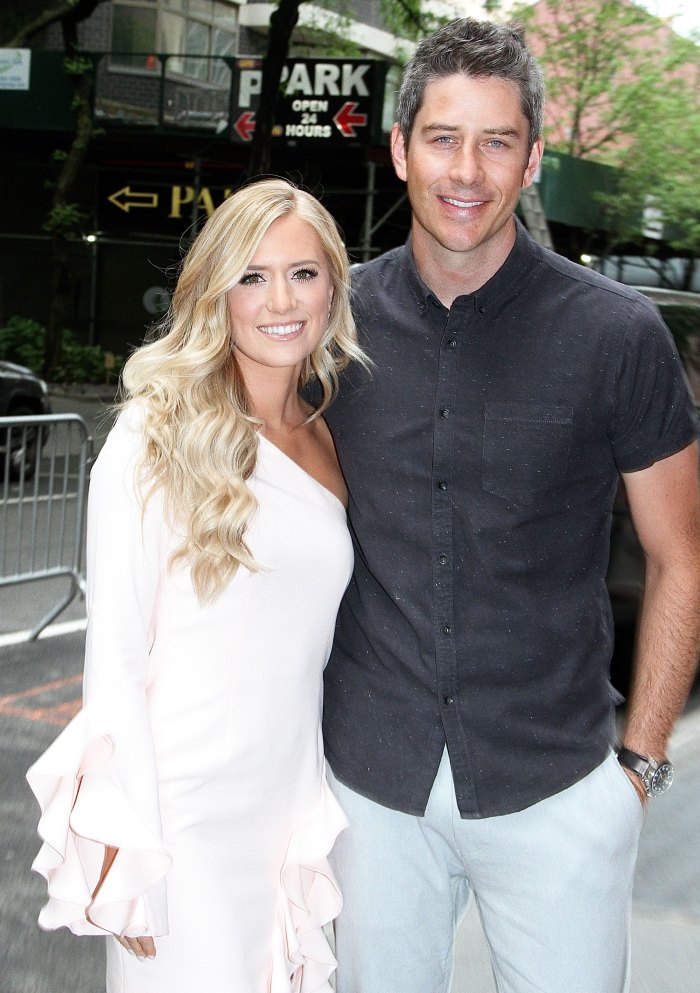 “Love them with all my heart already,” the Bachelor season 22 lead captioned three ultrasound photos via Instagram at the time, while his wife joked that they “maaaay have left out one small detail” in their initial announcement.

Burnham’s pregnancy has been tough so far. In late December, she told her Instagram followers that she “was nauseous starting at 6 weeks & still am every day now.” To combat her morning sickness, she has been taking Unisom and vitamin B6.

“I am also turned off by most foods, so I’ve tried forcing myself to eat stuff to make the nausea go away (don’t recommend lol),” the Shades of Rose founder wrote, noting that it will “all [be] worth it” when she gives birth to her little ones.

Burnham and Luyendyk met and got engaged on the ABC reality dating series, which aired in early 2018, nearly six years after he competed for Emily Maynard’s heart on The Bachelorette. They married in January 2019 and welcomed Alessi that May.

“We have it all figured out (seemingly) but at the same time have no idea what’s coming haha,” the real estate broker wrote via Instagram in honor of their recent anniversary. “I love that we always tackle things head on and come out stronger for it, I can’t wait for what this next year holds for us. I’m so grateful we found each other and even more grateful to share in this incredible life we are creating together.”

Burnham, for her part, told Luyendyk that she loves him “more every day.”