Start spreading the news! Peter Weber began his move to New York City after his split from Kelley Flanagan.

“All right, it is officially moving day,” the former Bachelor, 29, exclaimed in a video on his Instagram Stories on Thursday, January 7, with a stack of boxes behind him. “I got all this stuff packed up here, ready to go. New York, we comin’!” 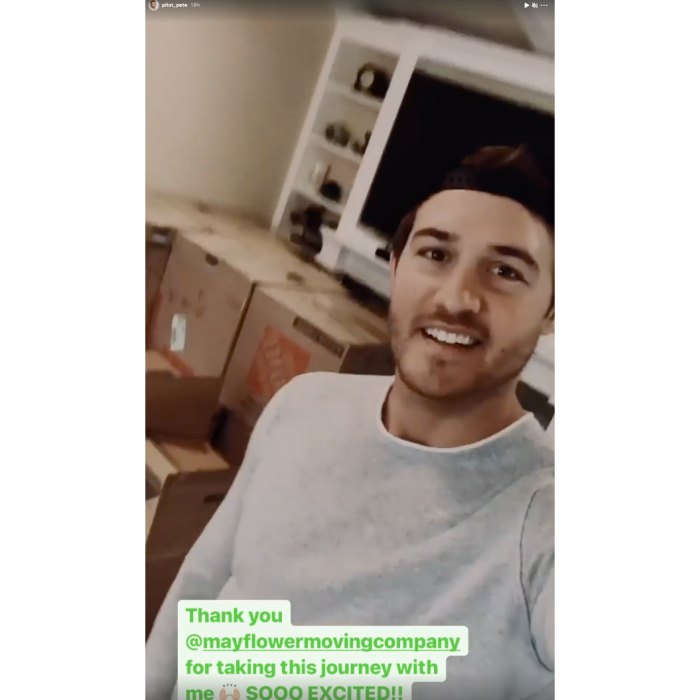 He captioned the post, “Thank you @mayflowermovingcompany for taking this journey with me SOOO EXCITED!!”

Weber initially planned to move to the Big Apple with Flanagan, 28, but it appears the attorney will remain in Chicago, where the former couple had been living together before their breakup.

The pilot announced his split from Flanagan on December 31, writing via Instagram, “Love is a funny thing. It can make you you feel on top of the world and it can make you feel a pain you wish didn’t exist. I’m here to share that Kelley and I have decided to go our separate ways. While our relationship was filled with countless beautiful memories, our relationship simply didn’t work out in the end. Kelley is someone I will always have a special love for. Someone I have learned more from than she will ever understand. Someone I am so thankful came into my life and someone who I will always wish all of life’s greatest blessings on. These moments in life always hurt, but in my opinion that shows you it was worth the time you spent together. Thank you Kelley.” 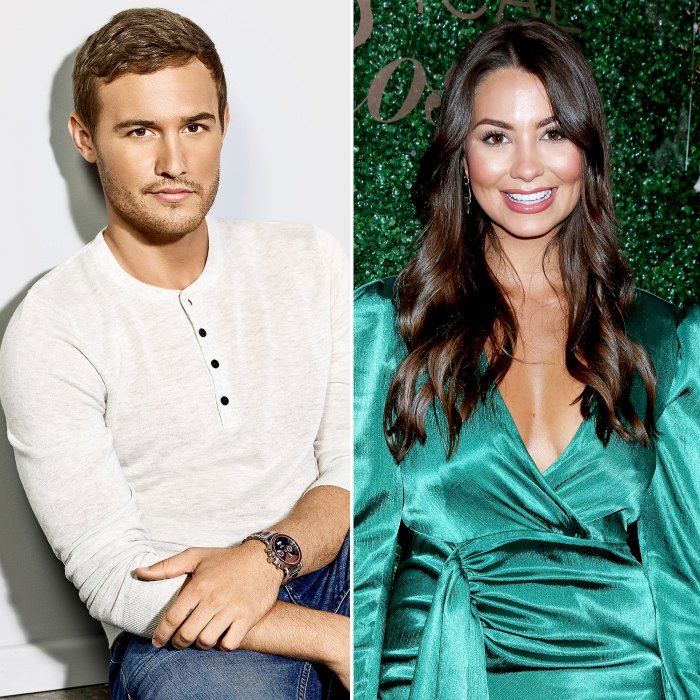 Flanagan did not publicly speak out until three days later, telling her Instagram followers that she “wanted to take some time to process it for myself” before making a post.

“Peter and I had some unbelievable times together and they will definitely be missed. Unfortunately him and I are in two different stages of our lives and saw our future paths differently,” she wrote on Sunday, January 3. “I wish Peter the absolute best and want to thank everyone for your continued support as I move on to my next chapter. I’m still hoping to make it to New York one of these days, but for now I just want to focus on my happiness! 2021, I can’t wait to see what you have in store!”

A source exclusively told Us Weekly that the separation was “tough” for the reality stars. While Weber was “the one who ended it,” according to the insider, Flanagan was not “blindsided” and “could see it coming.”

The Bachelorette alum met the tax consultant shortly before filming season 24 of The Bachelor, which premiered in January 2020. She finished in fifth place on the ABC reality dating series, and he got engaged to Hannah Ann Sluss at the end. However, after a short-lived engagement, Weber briefly reunited with his runner-up, Madison Prewett, before ultimately going back to Flanagan.