Jackson Michie confessed to TikTok followers that he was struggling with drug addiction during season 21 of Big Brother.

The 25-year-old Nashville native, who won the show in 2019, made the reveal in a TikTok video posted on Friday, January 22. “My most terrifying post yet. I hid addiction from the world, won the show, and won back my life,” he wrote in the caption.

“Before going into Big Brother, I was addicted to Xanax, struggled with Adderall and cocaine, and I took my last Xanax less than two days prior to moving into this show,” he confirmed in the clip. “At the age of 23, I literally went through Xanax rehab, post-surgery recovery [for a ‘stress-induced blood clot’], on national television for 100 days and beat 15 people to be the winner of Big Brother 21.” 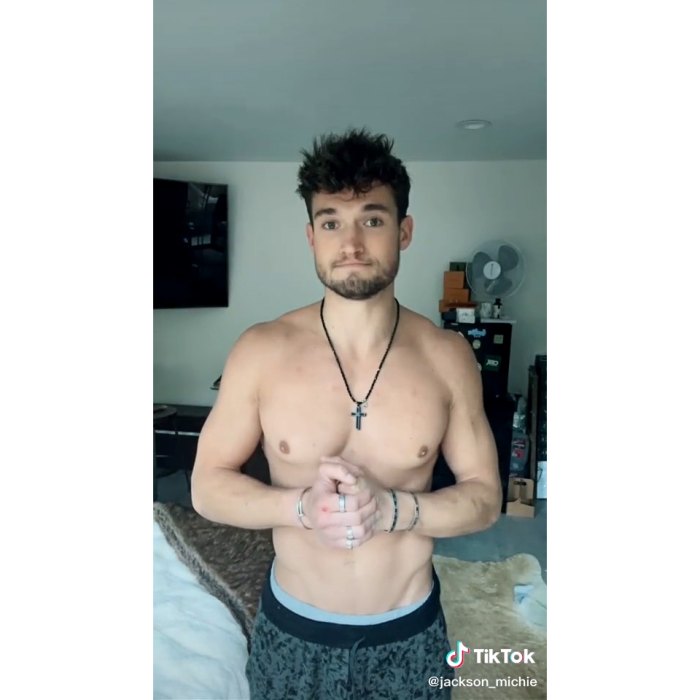 Michie is “proudly drug-free,” according to his TikTok caption. He followed up his initial post with another, in which he explained that he hoped sharing his story on a public platform would help him “to hold myself accountable.”

He went on to say, “I don’t want to go back down the same paths that I’ve been down and live the same life that I’ve lived.”

The reality TV personality previously talked about his struggles with addiction in 2019, during an appearance on Lance Bass‘ “The Daily” podcast. He said at the time, “I had just started taking that prescription before coming onto the show. Sometimes we use prescriptions as a crutch, I’ve been there.” Michie told Bass he thought he “was gonna have to self-evict” a few days into the season because of his addiction, but he was able to push through.

Crediting the show for helping him get clean, Michie said, “It’s what got me back to me.”

While appearing on Big Brother in 2019, Michie was introduced to Holly Allen. They moved in together in January 2020, gushing to Us Weekly about the Los Angeles apartment they were sharing. “We both fell in love with the first apartment we looked at,” the couple said at the time. They added that living together felt “natural” after living under the same roof on the CBS competition series.

Although they told Us last year they were “basically attached at the hip,” they broke up in June after a year of dating. “Life works in crazy ways, and this past year has been no exception. Through the ups, the downs, the highs, and the lows.. there has been one constant through it all and that’s the amazing woman standing next to me. Life has continued to work in ways neither of expected, and sadly life will be taking us in different directions,” Michie wrote in a statement on Instagram at the time.