Bachelor Nation bros! Blake Horstmann took aim at an insensitive comment after showing his support for Peter Weber amid the pilot’s split from girlfriend Kelley Flanagan.

The former Bachelor, 29, revealed that he and the lawyer, 28, were going their separate ways in a lengthy Instagram post on New Year’s Eve after less than one year of dating. Us Weekly broke the news of the former couple’s romance in April 2020 shortly after Weber called off his engagement to Hannah Ann Sluss and split from his season 24 Bachelor runner-up, Madison Prewett.

“Keep your head up brotha!” Horstmann, 31, commented beneath Weber’s breakup announcement, to which one Instagram user replied, “This is a stupid thing to say to someone.”

The Bachelor in Paradise alum fired back, “What you said is a stupid thing to say to someone.” 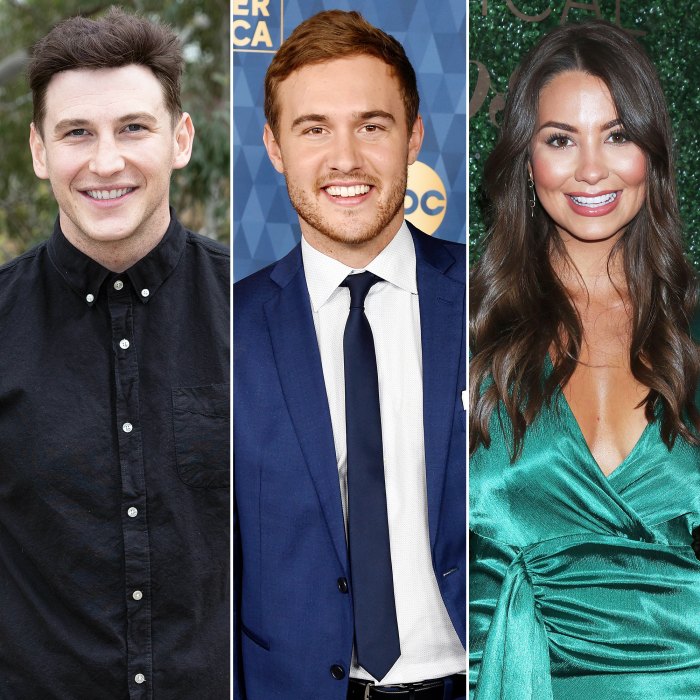 Weber and Flanagan briefly met before filming for his season of the ABC dating series began in September 2019 and later explored a relationship in the Bachelor mansion. Though viewers could see their chemistry, the California native sent Flanagan packing before hometown dates. The duo eventually reconnected in Chicago in March 2020, one month before Us confirmed that they were “fully dating.”

Despite their connection, the reality stars couldn’t make their romance work. “While our relationship was filled with countless beautiful memories, our relationship simply didn’t work out in the end. Kelley is someone I will always have a special love for,” Weber wrote via Instagram as he confirmed the pair’s split. “Someone I have learned more from than she will ever understand. Someone I am so thankful came into my life and someone who I will always wish all of life’s greatest blessings on. These moments in life always hurt, but in my opinion that shows you it was worth the time you spent together. Thank you Kelley.”

Four days later, Flanagan broke her silence on the breakup, claiming that she and the Bachelorette alum were in “two different stages” in their lives.

“I know a lot of you have already heard the news, but I wanted to take some time to process it for myself before sharing … It saddens me to say this but Peter and I have decided to go our separate ways,” she captioned an Instagram photo of the pair on Sunday, January 3. “Peter and I had some unbelievable times together and they will definitely be missed. … I wish Peter the absolute best and want to thank everyone for your continued support as I move on to my next chapter. I’m still hoping to make it to New York one of these days, but for now I just want to focus on my happiness! 2021, I can’t wait to see what you have in store!”

Months before they called it quits, the duo told Chris Harrison that they were “really excited” about starting a life on the East Coast during an interview on The Bachelor: Greatest Seasons — Ever.

“When this [pandemic] finally ends, we both have dreams,” Weber said in June 2020. “We’d love to live in New York City for a little bit and get that experience, so hopefully, fingers crossed, that’s in our future. … It’s been great.”