Brandi Glanville spent Christmas with LeAnn Rimes two weeks after she was accused of shading the Masked Singer winner.

“Hanging with the best masked singer of all time leannrimes,” the Real Housewives of Beverly Hills alum, 48, captioned a photo on Instagram that showed the pair holding up one finger while wearing matching Pol’ Atteu sequinned face masks.

She also shared videos on her Instagram Story showing the Grammy winner, 38, singing while sitting at a grand piano with a friend. “Merry Christmas everyone,” she captioned the clips. 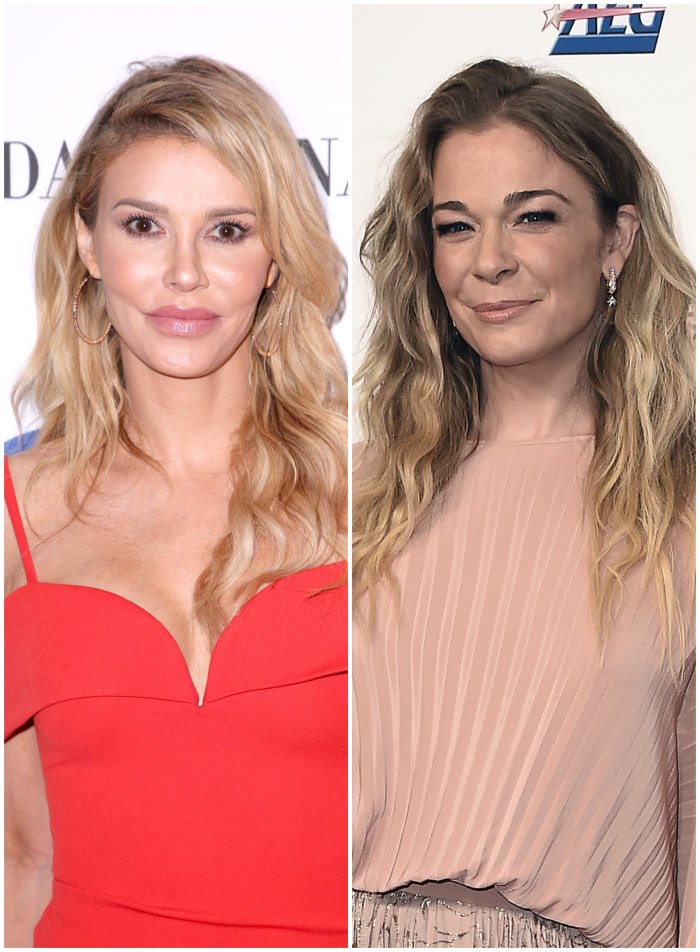 “This is some serious growth right here. I love it,” one person commented on Glanville’s post, while another wrote, “I love that you guys are friendly now!! It takes a strong person to let bygones be bygones — life’s too short!”

The former reality TV star’s hangout with Rimes, who is married to Glanville’s ex-husband Eddie Cibrian, came less than two weeks after she was slammed for appearing to diss the “How Do I Live” songstress for appearing as The Sun on season 4 of The Masked Singer.

“I think the sun is 100 percent Leann Rimes. Although my kids say no way because she told them she would never do this show because it’s sooo beneath her,” the Bravo star tweeted in October as she referred to her sons with Cibrian, Mason, 16, and Jake, 12.

The following day, Glanville took to Twitter to defend herself against allegations that she was attacking the country star.

“First of all I did not shade or diss lean rimes I rooted for her to win,” she wrote. “She clearly told my kids that she’d never do the show to keep things a secret because they have big mouths. She deserved to win I’m glad she won! stop reading into s–t!”

Over the years, the Famously Single alum has spoken openly about her strained relationship with Rimes, who had an affair with her Northern Lights costar Cibrian in 2007 while he was still married to Glanville.

Their long-running resentment seemingly came to an end in April 2018, when the podcast host revealed on social media that “the three of us sat and talked for hours hashed everything out and the feud with @leannrimes Eddie and I is over. They will not be getting rid of me on any holidays #modernfamily.”

It’s officially over. John Mulaney has filed for divorce from Anna Marie Tendler after seven years of marriage. The Kid...