Making it work. Braunwyn Windham-Burke admitted that finding balance in her marriage with Sean Burke and her new romance with girlfriend Kris can be challenging — and her significant others can “totally” get jealous of each other.

“I’m leaving tonight. I’m gonna go spend the night [with] Kris and that’s hard for Sean,” the 43-year-old told Us Weekly exclusively on Tuesday, January 12, while promoting The Real Housewives of Orange County. “He supports me, but, yeah — that is definitely hard. Kris knows that I’m with my kids a lot, you know, and that’s hard for her because she wants to be with me. It’s a new relationship, you know, but she also knows I have seven kids. I have a husband. She knew what she was getting into. There’s never been any line or anything and so she understands that too.” 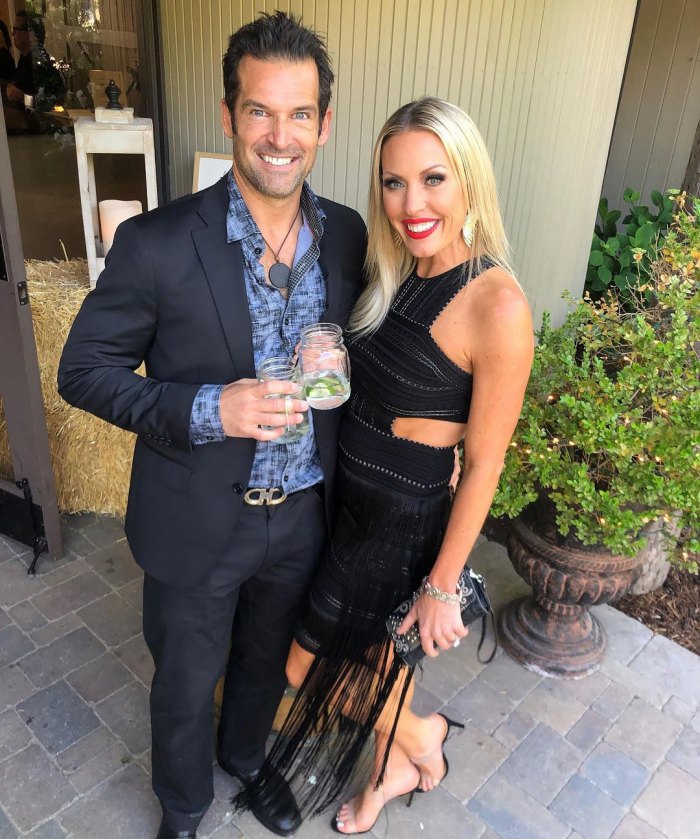 The Bravolebrity also explained how having privacy in both dynamics is important to her. “I still just want to be very cognizant of both relationships and keeping them private because it’s not just like, I know everyone says, ‘It’s all about Braunwyn.’ Well, it’s actually not right now,” she said. “You know, this is me trying to balance the feelings and emotions of two people I really care about. And I think trying to keep some things private is a big part of that.”

Windham-Burke has been married to Burke for more than 20 years. The couple share seven children: Bella, 20, Rowan, 18, Jacob, 15, 7-year-old twins Caden and Curren, Koa, 5, and Hazel, 2. The pair continue to live together, sleeping in separate rooms on different floors of their house. 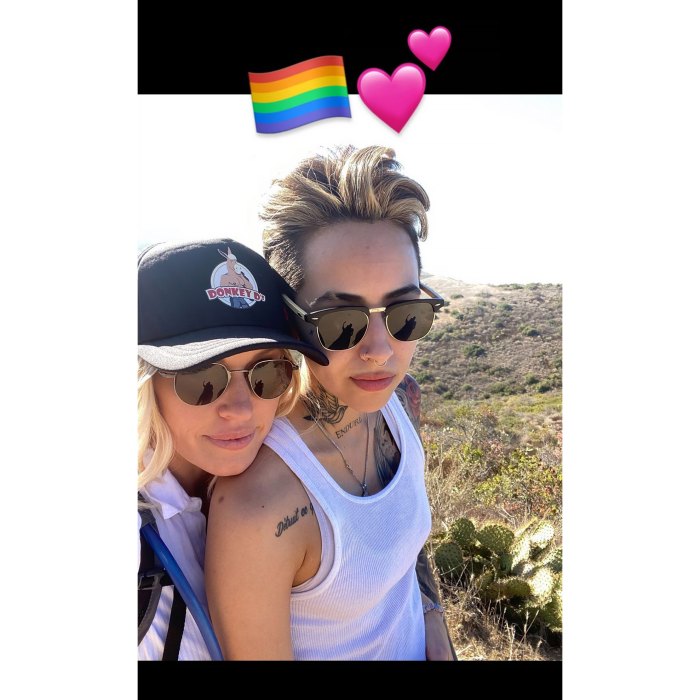 After confirming to Us exclusively in October 2020 that she was seeing a “new and special” person, the reality star revealed that she identifies as a lesbian. She then introduced her girlfriend, Kris, 28, via Instagram hours later.

That same month, Windham-Burke responded to a fan via Instagram who asked if she planned on “staying married” or “moving forward” because of her new relationship. “We are trying to do both,” she replied. “He’s my best friend and family. We know it might be impossible, but we’re going to try and make this ‘open’ marriage work.”

Aside from dishing on the details of her romantic life, Windham-Burke spoke to Us about the drama unfolding on season 15 of The Real Housewives of Orange County. She particularly addressed her beef with Kelly Dodd, who accused Windham-Burke of faking her sobriety for a story line.

“Every season she has a target. That is her M.O.,” she explained to Us. “Tamra [Judge]’s gone, Vicki [Gunvalson]’s gone. She doesn’t know what to do. … It’s easier to create drama than support [others].”

The Real Housewives of Orange County airs on Bravo Wednesdays at 9 p.m. ET.