Cassie Scerbo on Dating Amid Quarantine After Gleb Savchenko Vacation

In a good place! Cassie Scerbo opened up about where she is emotionally amid her new relationship with Gleb Savchenko, despite any negative comments on social media.

“I don’t really let things like that affect me. I’m genuine, to put it as simply as possible. I’m just really grateful for everyone that’s come into my life or that I’ve met during the quarantine,” the actress, 30, told Us Weekly exclusively while promoting her partnership with the nonprofit Boo2Bullying, which works to put an end to bullying. “I don’t really pay attention to headlines, but I really don’t feel like I’ve had anything very negative. I’m just happy and grateful and just living.”

The Sharknado star also shed light on dating amid the pandemic, which isn’t an easy task for anyone.

“It’s hard. I’ve talked to my friends about this who were on dating apps and stuff. It’s like, ‘How do I meet up with this person?’ You have to wear a mask to be safe obviously, and then the social distancing thing and all of that,” she said. “My advice is just to make sure, like, whoever you do decide to date or hang out with like, make sure you guys have had your COVID tests! I’m not coming near you unless I know we’re good to go!” 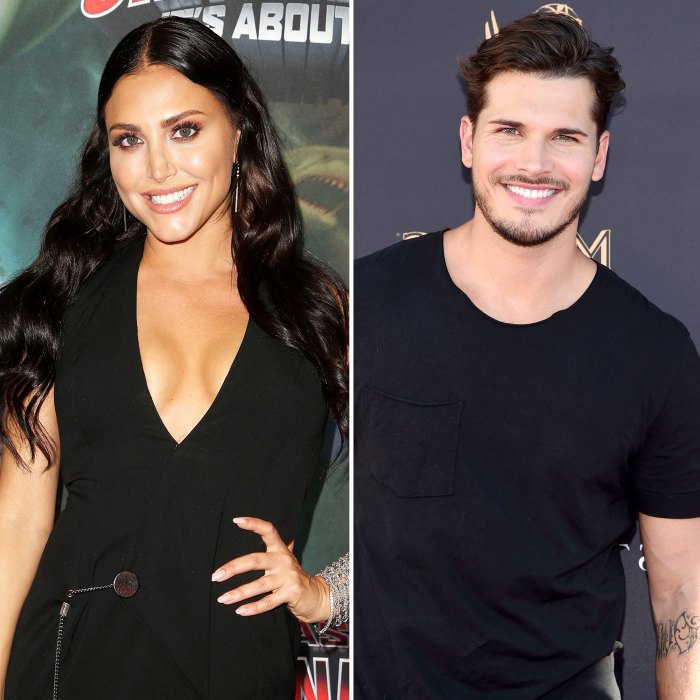 Scerbo added that it’s probably “so great and exciting” for new couples during quarantine who get to spend a ton of time together. “But then we have friends that are like, ‘I’m ready to like take my husband and throw him into the whatever,’” she told Us. “In general, that’s what I’ve found. Like, just be safe, be healthy, but also we’re human beings.”

Last month, the Make It or Break It alum made headlines after sharing photos from a couples vacation with the Dancing With the Stars pro, 37, and Chrishell Stause and Keo Meotsepe.

“I’m just, like, happy in life,” Scerbo told Us, adding that she loved spending time with the Selling Sunset star, 31, and Motsepe, 31, on vacation. “They are amazing, both of them. I’ve actually known Keo for years and I’m really happy for him. They’re both wonderful people, absolutely. Literally not one negative thing to say. They’re just so much fun, so wonderful [and have] great energy.” 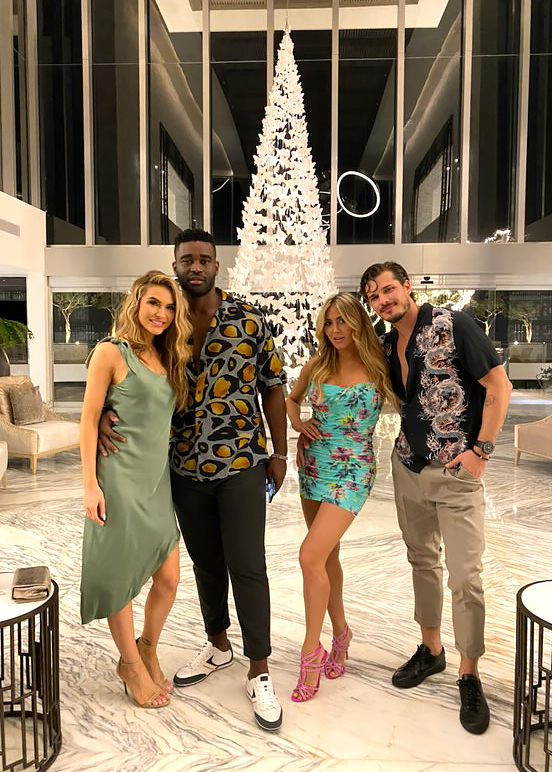 Both couples were “super lovey-dovey” during their stay at the Le Blanc Spa Resort in Los Cabos, Mexico, a source told Us at the time. “They chartered a private yacht at one point, and they were seen making out the majority of the time. … They showed a lot of PDA throughout their entire stay.”

One month before the vacation, Savchenko announced his split from wife Elena Samodanova after 14 years of marriage. The pair, who share daughters Olivia, 10, and Zlata, 3, had been “having issues for a few months” ahead of their breakup, an insider told Us in November.

For Scerbo, she’s focusing on the positive — and doing everything she can to help Boo2Bullying, serving as the vice president of the organization. The New York native regularly raises money for school programs and suicide prevention outreach and is helping with the charity’s current Stand Up to Bullying campaign to launch an app that doesn’t allow any trolling.