The “All by Myself” singer, 52, shared a snap of herself and the music producer holding hands via Instagram, along with a touching message for her husband of 21 years.

“René, it’s been 5 years already … There’s not one day that we don’t think about you. We’re reaching out to you now more than ever, to guide us, protect us, and continue to watch over us. And we pray that you’ll shine your love on the entire world, to all those at this very moment, who are facing incredibly difficult times,” Dion captioned the picture. “You are in our hearts and in our lives forever. We love you, Celine, René-Charles, Nelson and Eddy xx.”

The Canadian musician spoke out about her husband’s death in April 2019 during an appearance on Good Morning America. She revealed the one piece of advice she’d give others dealing with such a loss, which was, “You cannot stop living. Go forward. Today is the first day of the beginning of [your] life.” 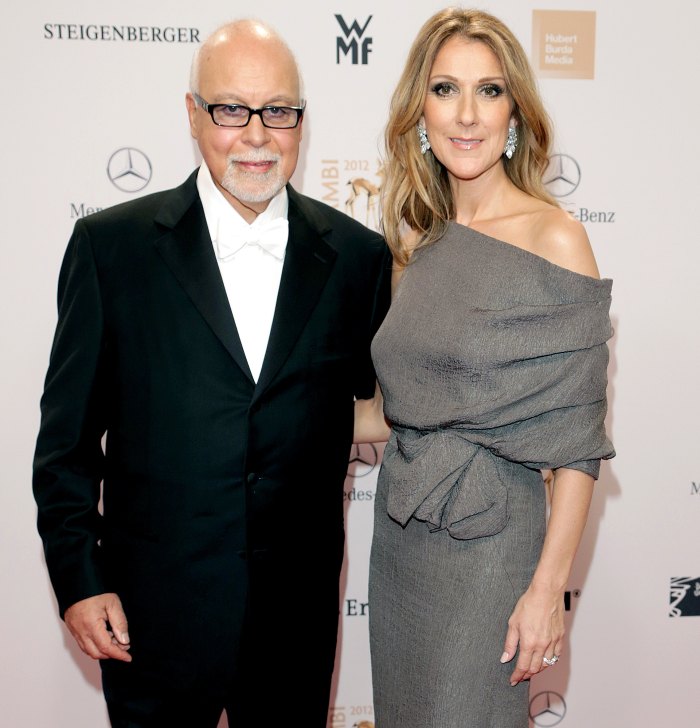 She said at the time that she felt “so powerful and in charge and grounded and happy” as a single mom, crediting Angélil, who was 73 when he died, with giving her “strength” during their relationship: “I will never be a dad but it’s like … I’m in a double job as a parent — I’m a ‘parents.’ I’m the big deal! And the kids are growing and I see them and I look at them and I’m like, ‘Wow, we’ve done a great job and I’m so proud.”

In February 2018, two years after her husband died, the songstress appeared on Australian TV show The Project where she talked about keeping her husband’s memory alive. “He’s as alive as he was before. [He’s] not physically with us, but I live with him. I see him every day through the eyes of my children,” she explained.

Dion and Angélil met when she was 12 years old and tied the knot years later, in December 1994, when she was 26. The pair shared son René-Charles, 19, and twins Nelson and Eddy, 10. Angelil died in January 2016 after a lengthy battle with throat cancer.

Speaking with Paris Match magazine at the time, the Grammy award winner said, “René wanted to die in my arms.” She was performing the night he passed away, however. He died after falling out of bed. Dion shared, “He must have wanted to get up and fell on the floor.” She added that the pair had a post-show routine, which involved her giving him “a kiss” and tucking him in. That evening, she didn’t want to wake him, and a nurse found him the next morning.