Still by her side. Cherelle Griner spoke out after her wife, Brittney Griner, was sentenced to nine years in Russian prison.

“It terrifies me, because when you watch movies, sometimes those situations don’t end well,” Cherelle told Gayle King during an interview that will air on CBS Mornings Thursday, October 6. “Sometimes they never get their person back.”

The North Carolina Central University graduate said her life has felt “like a movie” since the WNBA star, 31, was sentenced to nearly a decade in prison in August. “In no world did I ever [think] our president and a foreign nation’s president would be sitting down having to discuss the freedom of my wife,” she explained. “And so to me, as much as everybody’s telling me a different definition of what BG is, it feels to me as if she’s a hostage.”

Cherelle added: “I’m sitting there like, ‘Do we get her back? Do I ever get to see my wife again? Like, what happens [next]?’ The fact that everything is so unprecedented and everything is, like, changeable, I think is a really good word. I feel like every day I’m hearing something new, and so it’s just, it’s terrifying.”

Brittney was arrested at a Moscow airport in February after landing in the country to play for UMMC Ekaterinburg during the WNBA off-season. Russian officials alleged at the time that the professional basketball player smuggled hash oil cartridges in her luggage — the transportation of which can carry up to a 10-year prison sentence in the country.

When news of the athlete’s dilemma was made public weeks later, Brittney’s loved ones and several celebrity fans expressed their support, also calling out the U.S. government’s lack of action. 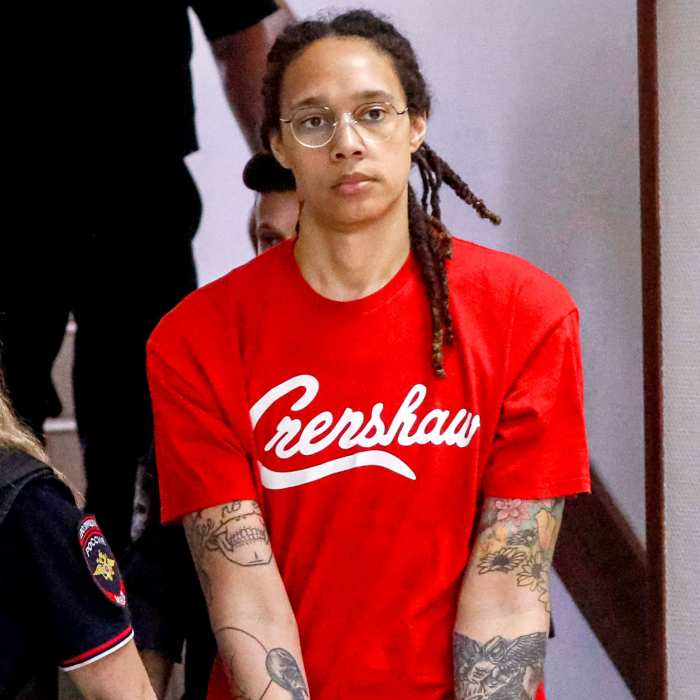 Cherelle has been vocal amid her wife’s arrest and detainment.

“You say she’s top priority, but I wanna see it, and I feel like to see it would be me seeing BG on U.S. soil,” Cherelle told Good Morning America in May. “BG would wholeheartedly love to not go overseas. She has only had one Thanksgiving in the States in nine years since she’s been pro, and she misses all that stuff. Just because, you know, she can’t make enough money in the WNBA, like, to sustain her life.”

The Olympic gold medalist and the teacher met as undergraduates at Baylor University in Texas while Brittney was progressing as one of the best college basketball players of all time. The pair didn’t begin dating, however, until years later, when they reconnected after the athlete split from her first wife, Glory Johnson.

“I will never forget the day I met you at Baylor in the sub area!” the Phoenix Mercury center wrote via Instagram in June 2020. “You tapped me on my shoulder and told me I took your milkshake (still up for debate lol) and I was immediately blown away at your beauty! You had no idea but I knew you were the one for me baby. You stuck by my side at the lowest and at the highest!”

Brittney proposed to Cherelle in August 2018, and the duo tied the knot nearly one year later.

Though details of the U.S. government’s actions regarding the case are still ongoing, President Joe Biden and Vice President Kamala Harris spoke to Cherelle in early July, assuring her that they would “[pursue] every avenue to bring Brittney home,” per The New York Times.

“I am grateful to the both of them for the time they spent with me and for the commitment they expressed to getting B.G. home,” Cherelle said of Biden and Harris in a statement to the Times following the meeting.