Making quite a decision. Burgess (Marina Squerciati) decided to take in Michaela, a child who she connected with on a recent case, during the Wednesday, February 3, episode of Chicago P.D. — but is she ready to completely become a parent?

“I think it just makes her barometer or her calculations different,” Squerciati, 36, said on the “Watch With Us” podcast about the changes Burgess is about to go through taking in in a child. “You do the job the same. I just think you have less time to give people.”

Earlier in the season, Burgess stayed by Michaela’s side after her entire family was murdered. While the little girl went to live with her aunt, that aunt decided she couldn’t take care of her during Wednesday’s episode and Michaela was going to be put into a group home. Instead, Burgess stepped in and took her in — something Ruzek (Patrick Flueger) wasn’t sure was the best choice. 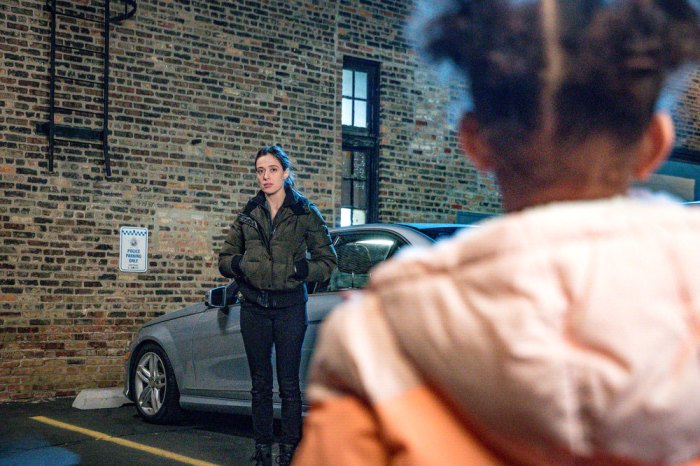 Though Squerciati added that there is “for sure” a world in which Burgess and Ruzek could parent Michaela together, — “I would love it. It would be so sweet,” she told Us — they first have to get on the same page.

“I do want it. That’s ultimately what I would love. But also, for everything that Ruzek says, he hasn’t stepped up. He hasn’t shown up at her door being, like, ‘Let’s do this,’” she shared.

During the latest episode, the pair — who have been on and off for years and recently suffered a pregnancy loss together — slept together again. While they agreed that the trauma had brought them closer, they disagreed on whether that’s a good or bad thing.

“She’s like, ‘No, it’s not real.’ I tend to believe my character’s point of view. I think it’s not real, but I also think because they’ve had so much history and they love each other so much — even without the trauma, they’re still close,” she shared. “They have a very complicated relationship. I couldn’t even unpack it. It would take years of therapy.” 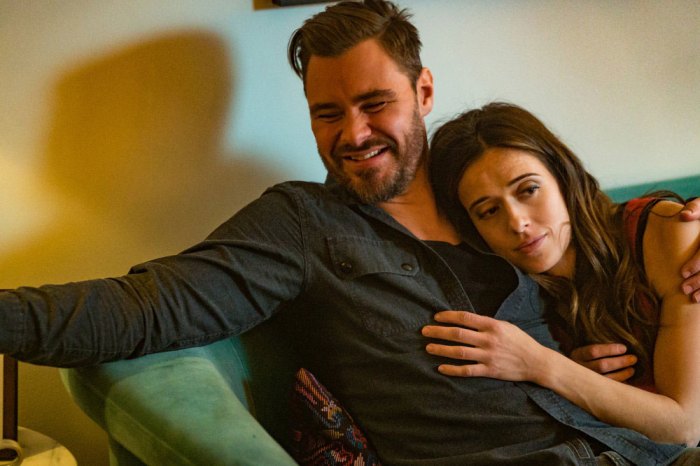 Ultimately, Burgess isn’t ready for a big commitment anyway. So, what the colleagues have right now is working.

“All she wants is nothing dangerous, just safe and calm, and she loves him. They could even just, like, sleep next to each other and not have sex. She trusts him so much and loves him so much that they could, like, spend the weekend together, watching movies,” the New York native explained to Us. “I think that that’s all she can handle right now, even though she seems like she’s fine. She went through this major trauma. She isn’t really ready to date him because that’s not what dating is when you just start out. If you’re going to really start, there are other things involved. And I don’t think she’s ready to open her heart to that.”

For more from Squerciati, listen to the full podcast. Subscribe to the “Watch With Us” podcast for more exclusive TV news and interviews.