Things might be tense on the set of Flip or Flop, but Christina Haack has made it clear that she’s happy at home with boyfriend Joshua Hall amid reports of her on-set dispute with ex-husband Tarek El Moussa.

“Ride or Die. Some people are lucky enough to get forever the first time but no one should be shamed for things not working out and no one knows what goes on behind closed doors,” Haack, 38, captioned a selfie with Hall on Wednesday, July 21. “Remember that before making judgements and assumptions… and this woman / mama is still lucky enough to have this man choose me. ❤️”

The Christina on the Coast star’s post comes after several outlets reported that she and El Moussa, 39, got into a heated fight on the set of their HGTV series. According to TMZ, who was first to report the drama, El Moussa allegedly yelled at his former spouse and referred to her as a “washed-up loser,” comparing her to his fiancée, Heather Rae Young.

“It’s called winning. … The world knows you’re crazy!” he reportedly told his ex. (Us Weekly reached out to reps for Haack and El Moussa for comment.)

Entertainment Tonight, meanwhile, reported that their tiff stemmed from Haack’s recent confession that she smoked a Bufo toad when she met Hall for the first time. 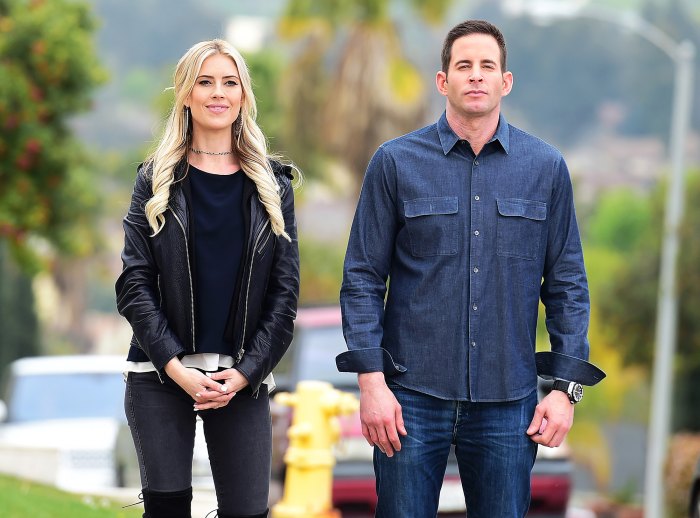 “I met Josh when I wasn’t in a state of fear or fight-or-flight … I had taken time off social, hired a spiritual coach and smoked a Bufo toad (which basically reset my brain and kicked out years of anxiety in 15 mins),” she wrote earlier this month via Instagram. “I may be a bit crazy and im definitely not perfect but I will never live my life based on other peoples judgments or opinions. We pride ourselves on never judging others and always wanting others to be happy and we wish others would have the same respect. Josh doesn’t have social media, but I want to thank him for whisking me away on a romantic tropical vacation he planned entirely on his own. ❤️✈️.”

Haack and El Moussa were married from 2009 to 2018 and share two kids: daughter Taylor, 10, and son Brayden, 5. Before dating Hall, she married Ant Anstead and welcomed son Hudson, now 22 months. The pair split in 2020 and finalized their divorce last month, with Anstead, 42, moving on with Renée Zellweger. El Moussa, for his part, got engaged to Young, 33, in July 2020.

Us confirmed earlier this month that Haack was dating Hall. The Flipping 101 With Tarek El Moussa star subsequently told ET that he’s met his cohost’s new flame “a few times.”