Spilling all! Ciara and Russell Wilson shared an intimate detail about their sex life during their appearance on The Ellen DeGeneres Show on Friday, February 12.

The “Level Up” singer, 35, and the NFL pro, 32, joined guest host Stephen “tWitch” Boss and his wife, Allison Holker, for a virtual game of “Never Have I Ever.” The two couples were asked some innocent questions, including whether they have pretended to be asleep when their children cried at night. However, the group was also faced with tackling some NSFW questions.

The foursome all raised their paddles for “I Have” when tWitch, 38, asked whether they have engaged in car sex. They also all matched on being members of the Mile High Club. 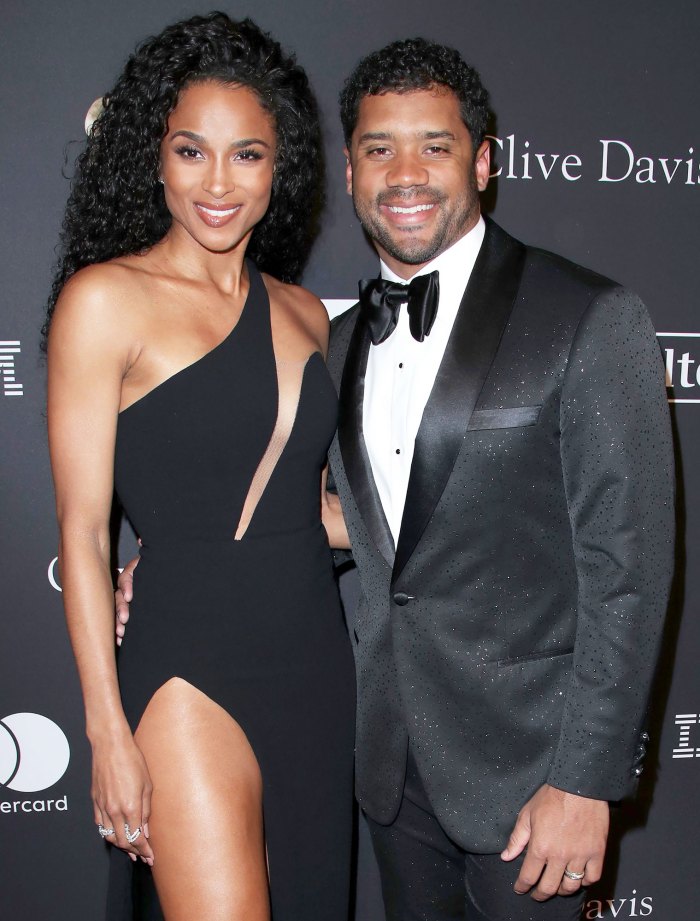 “My favorite part, after the question [about the Mile High Club], everyone is looking to see if everyone’s going to be honest,” the Step Up: All In actor joked. “You see that hesitation?”

Ciara and Wilson have been married since 2016. The couple welcomed daughter Sienna, 3, in 2017 and son Win, 6 months, last July. The Grammy winner also shares son Future Zahir, 6, with her ex Future.

Before the duo tied the knot in England, they agreed to take a vow of celibacy. “I’m human, so it is not easy, especially when I look at him and I think he is the most beautiful thing I’ve ever seen — that I’ve ever laid my eyes on, to be honest. I’m like, ‘Look the other way,’” she told Cosmopolitan in 2016 before their wedding.

Ciara later told InStyle that the decision “was hard” and “took a lot of prayer” on her part, but she doesn’t have any regrets.

“I have to give credit to my husband for sharing those views,” she explained to the magazine in 2019. “It’s awesome how it all worked out. We women think with our hearts and with our minds. When we see a guy, we envision what he’s like and whether this could be something special. Guys see us from an exterior point of view — that’s something I learned along the way as a woman …You shouldn’t feel like you have to give your body away to get someone to like you.”

The “Goodies” songstress recently gushed to GQ about what she finds most attractive about the Seattle Seahawks quarterback. “He’s obviously really beautiful to me in every way, but the father in him is by far one of the things that makes him the most sexy to me,” she said in their joint interview for the magazine’s March 2021 issue. “Hot. To me, it’s hot.”

She added, “I feel like, if I could look back in a crystal ball when I was a little girl and I looked at the idea of my family and what it would be for me, it’s exactly this.”