Bachelorette alum Clare Crawley shared a hopeful post on Instagram on Sunday, February 21, days after Us Weekly exclusively confirmed that she and ex-fiancé Dale Moss are back together.

“Collecting memories ?,” the hairstylist, 39, captioned a photo that showed her holding some shells in her left hand and revealing a ring on her ring finger. But that wasn’t the only thing visible in the beach picture — a man could be seen in the background. Eagle-eyed fans pointed out that the owner of those feet had gold nail polish, which the former NFL player has been rocking since losing a bet earlier this week. 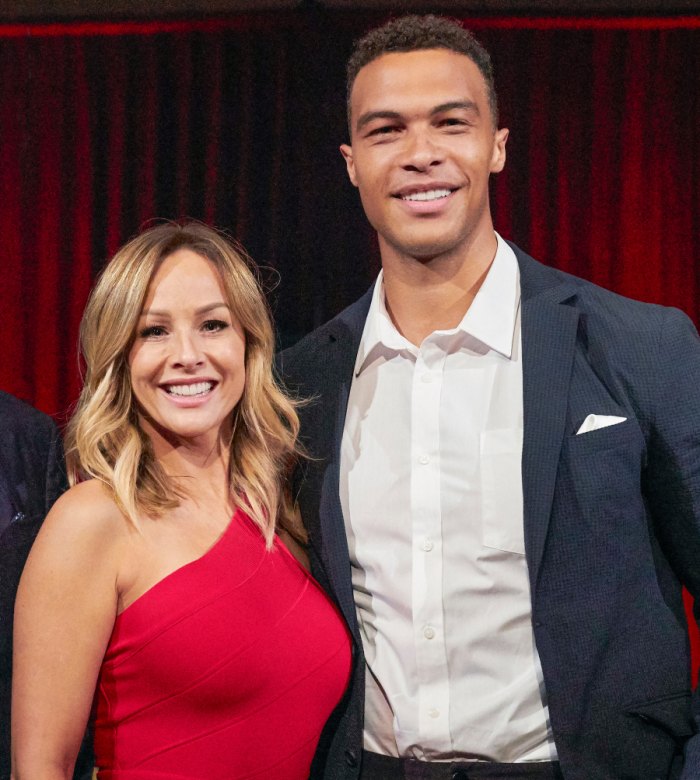 “I know whose feet those are!” one fan commented, while another wrote, “Gold toes and a ring on that wedding finger.”

Moss, 32, also shared pics and a video from the same beach on Sunday. “Never Gets Old,” he captioned a pic overlooking the pool at the Ritz-Carlton in Sarasota, Florida.

The Bachelor Nation Scoop Instagram account also posted a photo of the couple wearing swimsuits as they strolled by the pool holding hands.

The pair, who got engaged just two weeks into filming season 16 of The Bachelorette last year, split in January, with Moss confirming the news via Instagram on January 19.

Days later he cried during an Instagram Live, telling fans that he has been “f—king hurting a lot” amid the breakup. Crawley also revealed in her own social media posts that she was struggling with anxiety following the end of their engagement.

But less than a month later, they were spotted together in Florida, holding hands while walking down the street and getting drinks together at Nokomo’s Sunset Hut in Nokomis, Florida, on Tuesday, February 16. The following day, an eyewitness told Us they “100 percent” looked like a couple as they sat together at Rosebud’s Steak & Seafood House in Osprey, Florida. “They’re definitely in love,” the eyewitness added, noting that Crawley had her hands resting on Moss.

Us confirmed on Friday that the couple are giving their relationship another try.

“Dale has been pretty secretive with friends when they’re asking if he’s back with Clare, but it’s obvious to everyone that they’re back together,” an insider told Us exclusively. “They’re just figuring things out and enjoying spending time together.”