Telling his side. Dale Moss and Clare Crawley‘s whirlwind romance has been filled with drama from the start — and the breakup hasn’t been any different. The NFL star, 32, spoke out about the split via his Instagram Stories on Monday, January 25, less than one week after Us Weekly confirmed that the pair had split.

“I finally feel comfortable getting on here after having some time to process everything that’s gone on. I know a lot y’all have seen me smile on social media and say I don’t seem as hurt or burdened by this. But that’s the farthest thing — like, this time sucked,” the Bachelorette alum began on Monday. “Thank God I have the friends and the family that I have, because they’ve literally had to carry me through the last two-plus weeks.” 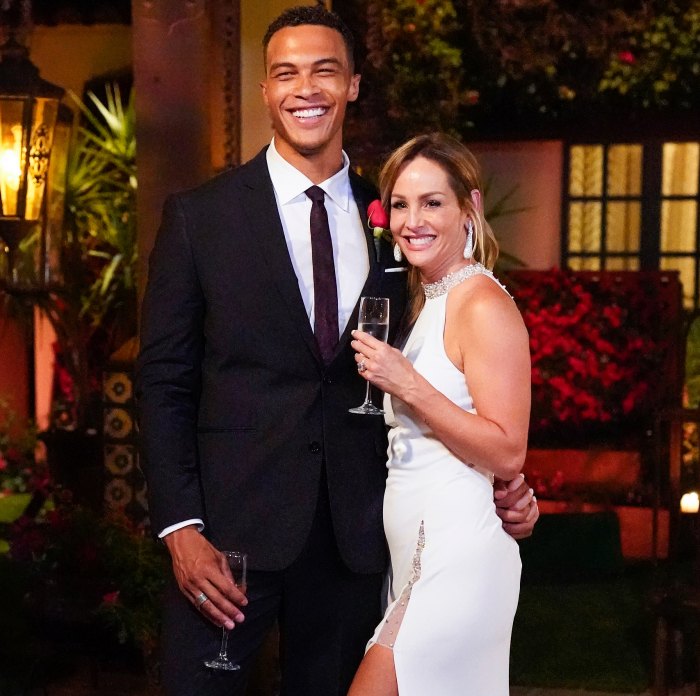 On January 19, Moss confirmed that he and the former Bachelorette, 39, had split in a now-deleted Instagram post. Crawley, for her part, spoke out two days later, sharing that she “was made aware of a ‘mutual’ statement at the same time you all were” and adding that she was “crushed” by the news — something Moss seemingly referred to in Monday’s videos.

“Building a relationship, in general, is tough, especially when you’re doing it in the public eye,” the former football player continued. “People will spread lies or always want to point the finger but the fact of the matter is, there’s no one person to blame in this situation. Like every relationship, we’ve had our ups and downs and you know, have gone through our things but you know the statements that came out — like, this didn’t come out of nowhere. I love Clare and respect Clare enough to let her know how I feel, even if that’s against the expectations of everybody else, and it’s gonna take time. I wanted nothing more than to make this relationship work, and I put my heart and soul into it each and every day. And I wanted nothing more than to build a healthy relationship. While this is going to be difficult, what you’ll see for me is trying to practice what I preach and continue to put my best foot forward each and every day.”

The South Dakota native’s sister, Robyn Moss, surprised him with a visit over the weekend and was quick to comment on his post of the pair smiling.

“Super sorry you can’t post a picture of you smiling with your sister either. I came here to lift your spirits up after everything you’ve had to go through,” she replied before Dale turned off comments on the post. “People can continue to spread lies and bash you, but you in your heart know the truth along with the ones close to you. … Glad to be here after these tough last few weeks.”

At the time of their split, a source exclusively told Us that the duo, who got engaged after less than two weeks of meeting each other on season 16 of The Bachelorette, were just on two separate pages.

“Clare and Dale did not agree on a lot of things in the long run when they sat down and really discussed the future of their relationship. They had been fighting a lot as of late,” the insider said at the time. “Clare started many of the arguments, and Dale would try not to rock the boat too much, but it all became too much for the both of them. They finally realized that perhaps they did move too quickly after all.”