David Boreanaz, who starred alongside Charisma Carpenter on Buffy the Vampire Slayer and its spinoff, Angel, broke his silence regarding her allegations against creator Joss Whedon on Sunday, February 14.

The 51-year-old actor took to Twitter to show public support for his former costar, 50, four days after Carpenter accused Whedon, 56, of creating a toxic environment on the set of both supernatural shows.

“I am here for you to listen and support you. Proud of your strength,” Boreanaz tweeted in response to Carpenter’s Wednesday, February 10, post about Whedon. 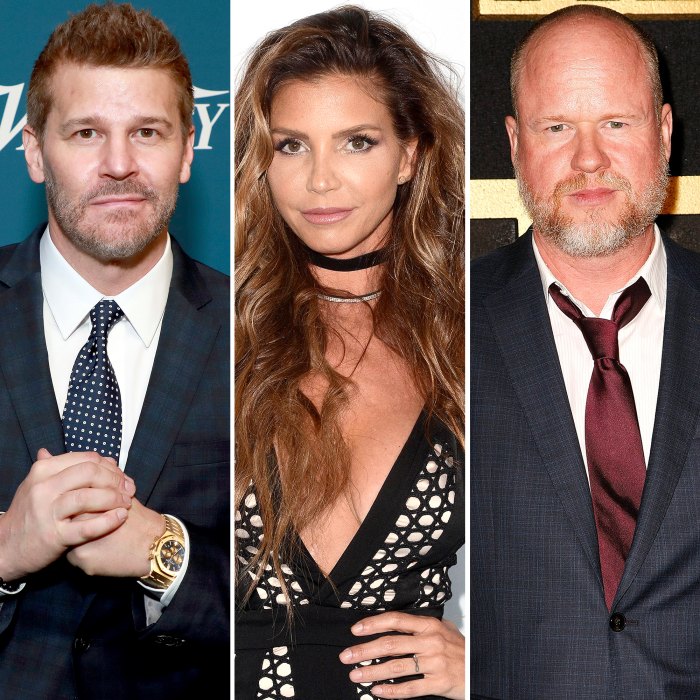 The Lying Game alum replied, “I know you’re there for me, David. I appreciate all you’ve done to demonstrate that support privately as well. Especially since Wednesday. Thank you so much.”

Buffy the Vampire Slayer also starred Sarah Michelle Gellar as the title character, Alyson Hannigan, Nicholas Brendon and James Marsters. Boreanaz and Carpenter left Buffy after season 3 to star in Angel, which followed the vampire working as a private detective in Los Angeles, trying to “help the helpless.” Earlier this month, Carpenter, who was written off of Angel during season 4, accused Whedon of misconduct.

“For nearly two decades, I have held my tongue and even made excuses for certain events that traumatize me to this day,” Carpenter wrote via social media. “Joss Whedon abused his power on numerous occasions while working on the sets of Buffy the Vampire Slayer and Angel. While he found his misconduct amusing, it only served to intensify my performance anxiety, disempower me, and alienate me from my peers. The disturbing incidents triggered a chronic physical condition from which I still suffer. It is with a beating, heavy heart that I say I coped in isolation and, at times, destructively. … Joss has a history of being casually cruel. He has created hostile and toxic work environments since his early career. I know because I experienced it first-hand. Repeatedly.”

Carpenter also claimed that Whedon was “mean and biting and disparaging about others openly, and often played favorites, putting people against one another to compete and vie for his attention and approval.” The actress also alleged that the writer-director called her “fat” when she was pregnant with son Donovan, adding she was ordered to work “long and physically demanding days” during her pregnancy, which was written into the series.

Several former stars, including Marsters, who appeared as Spike on both Buffy and Angel, have applauded Carpenter for speaking out in recent days. While Whedon has yet to publicly address the accusations, Gellar made it clear she stood with Carpenter on Wednesday via Instagram.

“While I am proud to have my name associated with Buffy Summers, I don’t want to be forever associated with the name Joss Whedon,” the 43-year-old I Know What You Did Last Summer actress wrote. “I am more focused on raising my family and surviving a pandemic currently so I will not be making any further statements. I stand with all survivors of abuse and I’m proud of them for speaking out.”