Back on the dating scene? Demi Lovato‘s ex-fiancé, Max Ehrich, was spotted getting flirty with singer Mariah Angeliq two months after their split.

The Young and the Restless alum, 29, stepped out for a walk with Angeliq, 21, at the South Pointe Park Pier in Miami on Friday, November 27. In photos published by TMZ, Ehrich wrapped his arm around the “Taxi” singer as they took a stroll on the boardwalk. Angeliq looked casual in a black Nike dress and matching slides. Ehrich also kept his outfit low-key with a graphic white shirt and ripped jeans.

The duo were first spotted together earlier this month when they were caught kissing and taking selfies on the beach in Miami. 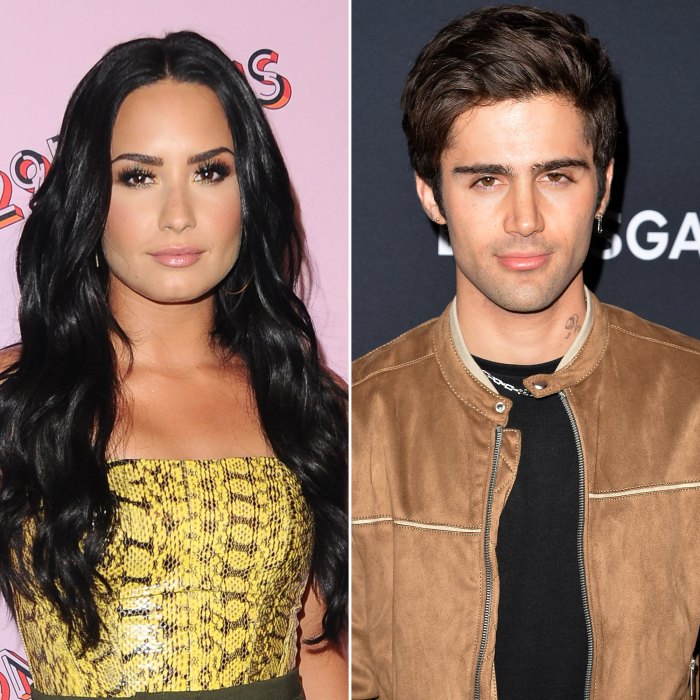 Ehrich’s outings with Angeliq come two months after Lovato, 28, called off their engagement. Us Weekly confirmed in September that the “Commander in Chief” singer ended her relationship with Ehrich two months after he proposed. The Pregnancy Pact actor popped the question to Lovato in July after just four months of dating.

Us broke the news in March that the pair were an item. In May, Ehrich and Lovato confirmed their relationship when they slow-danced in Ariana Grande and Justin Bieber’s “Stuck With U” music video.

Ehrich claimed in September that he found out about their split “through a tabloid.” One month later, the Southern Gospel star admitted that he was still confused about their breakup.

“It’s just the craziest thing,” he said on Instagram Live in October. “This is the most bizarre experience that I hope no one ever has to experience ever ‘cause no person deserves to feel this way.”

A source told Us at the time that Lovato“has been surrounding herself” with friends in the wake of their split. “Demi has been acting as though she was never engaged to Max,” the insider said.

The “Anyone” singer even poked fun at her failed relationship while hosting the People’s Choice Awards on November 15.

“I binged seven seasons of Pretty Little Liars, got unengaged, then went looking for aliens in the desert,” she joked about her time in quarantine amid the coronavirus pandemic.

Three days earlier, Lovato revealed that she has made her happiness a top priority.

“I think the most important thing that I’ve learned is how much I am OK with myself and loving myself,” she said during her appearance on Today with Hoda & Jenna. “It wasn’t until this year that I really started exploring the things that bring joy to my life in little ways.”