Ready to fight. After Dustin Diamond announced that he found out he has cancer, his rep revealed that it may be a stage IV diagnosis.

“It is serious. The rumor is stage IV. We just want to confirm it with the doctors before I say 100 percent that that’s it,” the Saved by the Bell alum’s rep tells Us Weekly. “No matter what stage it is, cancer is a serious issue. He’s doing treatments — I say treatments because it can be more than chemo — and once he’s done the treatments, which will hopefully be sometime next week, we’ll have a better idea of how bad it is and the severity of what we need to do to help him heal.”

The rep called the diagnosis “bad,” telling Us, “This is something that you never want to wish on anybody, and it’s just really sad.”

A second rep told Entertainment Weekly on Thursday, January 14, that while Diamond, 44, is feeling “fine” now, that was not the case when he was admitted to a Florida hospital earlier in the week.

“He was fading in and out, feeling sleepy and tired,” the second rep told the magazine. “On top of all this he also has shingles, so he’s been in a lot of pain.”

In response to reports that Diamond had “a huge lump on his throat” before being hospitalized, the first rep tells Us, “He did have a physicality that was showing that had to be taken care of.” 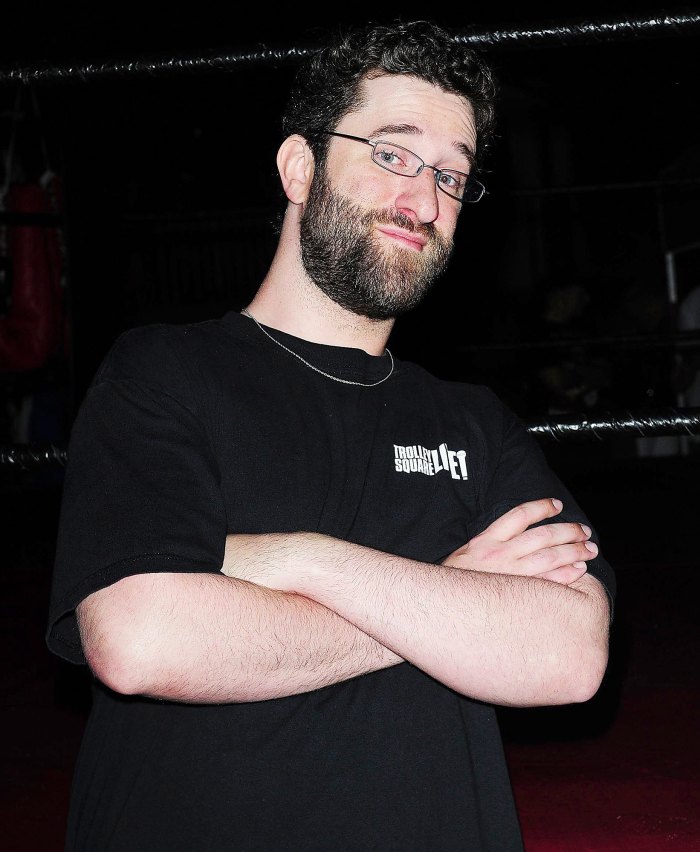 The star’s team announced via Facebook earlier on Thursday that he has cancer. “We ask everyone to respect Dustin’s privacy during this difficult time . All positivity and prayers are appreciated,” they said in a statement at the time, asking fans to send him cards and letters as he battles the disease.

Diamond, who previously lost his mother to breast cancer, is best known for playing Samuel “Screech” Powers. After starring as the character in the ‘80s Disney Channel sitcom Good Morning, Miss Bliss, he brought it over to NBC’s Saved by the Bell franchise. The original show aired from 1989 to 1993 followed by a series of sequels and spinoffs.

The California native was the only main Saved by the Bell cast member who did not appear in Peacock’s revival, which premiered in November 2020.

Diamond had his fair share of drama with his former costars in the past, most infamously after the 2009 publication of his book, Behind the Bell. However, Mario Lopez and Tiffani Thiessen put aside their differences with the Celebrity Big Brother U.K. alum on Thursday after hearing about his cancer diagnosis.

“I connected with Dustin earlier this evening and although the news of his diagnosis is heartbreaking, we remain positive that he’ll overcome this. Praying for him & his family and for a speedy recovery. God bless,” Lopez, 47, tweeted. Meanwhile, Thiessen, 46, wrote, “Thinking of you Dustin” on her Instagram Stories.