Moving on. Erika Jayne and estranged husband Tom Girardi initially listed their massive California mansion for $13 million in May, but they’ve since reduced the price.

The Bravo personality, 50, and the former attorney, 82, previously shared the estate prior to listing it for sale earlier this year amid their ongoing divorce and legal proceedings. The property is currently listed by the Compass agency for $9.9 million, which is down more than $3 million from their original asking price.

The massive home sits on a 1.72-acre lot and was originally built in 1928 by notable architect Myron Hunt, who’s known for his designs of many California landmarks, including the since-demolished Ambassador Hotel.

According to the listing, the Bravo star’s former home offers four bedrooms, nine bathrooms, five fireplaces, a library, a pool, a small chapel and a walk-in vanity room with balcony access.

Us Weekly previously confirmed in January 2021 that the Broadway alum had moved out of their shared home and downsized to a $2.4 million three-bedroom residence in Los Angeles.

The Real Housewives of Beverly Hills star announced her split from Girardi after more than 20 years of marriage in November 2020. “After much consideration, I have decided to end my marriage to Tom Girardi,” she confirmed to Us via a statement. “This is not a step taken lightly or easily. I have great love and respect for Tom and for our years and the lives we built together. It is my absolute wish to proceed through this process with respect and with the privacy that both Tom and I deserve. I request others give us that privacy as well.”

A month later, news broke that the Pretty Mess author and the Colorado native had a class-action lawsuit filed against them, alleging that the pair embezzled settlement funds that were intended for the victims of a 2018 plane crash.

As the legal drama endured, the “XXPEN$IVE” singer continued to film the newest season of RHOBH and often opened up on air about their emotional divorce. 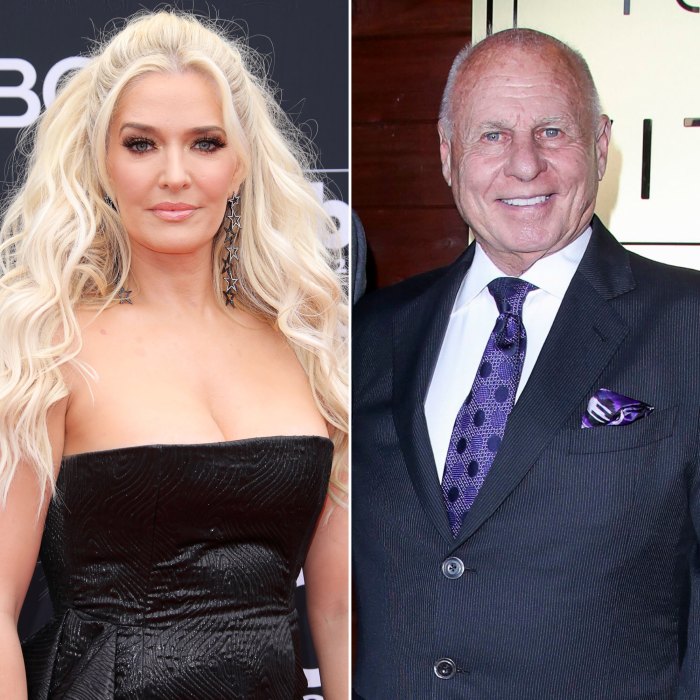 “My divorce is not a sham,” she nearly broke down in tears to Kyle Richards in the July 14 episode. “It’s just not. Nobody wants to be in the position I’m in right now. It is really unenviable. Being the possible target of a federal criminal investigation is, like, not cool. To have all those things said about you which are not true, and then to have everyone, basically, question everything. It’s lonely and it’s quiet and you would be shocked by how quickly people turn on you. How quickly people distance themselves from you. Automatically, they turn because they don’t want to be involved. They were there when it was good, though.”

During the Wednesday, July 20, episode, the Dancing With the Stars alum also accused her estranged husband of infidelity after finding “evidence” on his phone of a multi-year affair.

“After Yolanda [Hadid] divorced David [Foster], I just opened that phone and I was like, ‘Wow, OK,’” the reality star said in the episode, claiming she found text messages and photos proving the alleged affair. “I knew a lot because it was so hard to hide and, you know, he was sloppy.”