Her very own Ken doll! Eva Mendes was all in on Ryan Gosling playing Ken in the upcoming Barbie movie, a source exclusively tells Us Weekly.

“Eva is always supportive of the films Ryan takes on,” the insider says. “She finds it cute and charming that he’s playing the role of Ken.”

The Hitch actress, 48, fully embraced Gosling’s movie makeover, which included bleach blond locks. “They were actually having fun role playing together after he went blond,” the source adds. “They both got some good laughs.” 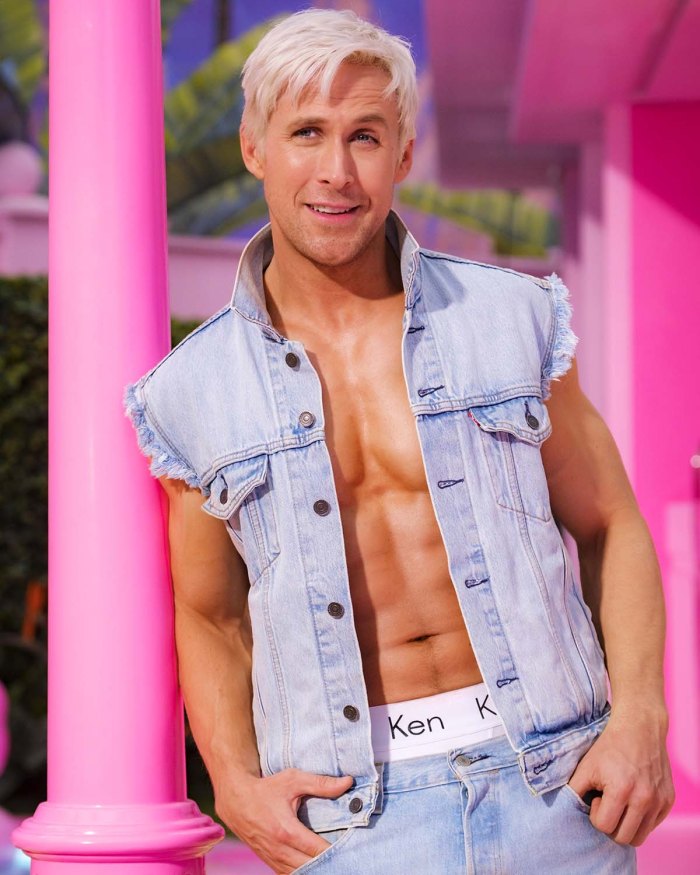 After more than 10 years together, the couple’s “chemistry and affection for each other is always off the charts,” per the insider.

The Place Beyond the Pines costars — who share daughters Esmeralda, 7, and Amada, 6 — are “very happy and in a good place,” the source tells Us, noting that things are going “super well for both of them.”

Earlier this summer, Mendes made a cheeky comment about Gosling, 41, bringing the iconic toy to life in Greta Gerwig’s 2023 film, which also stars Margot Robbie and Simu Liu.

“Well, first of all, I saw the photo and the 14-year-old in me was like, ‘Ahhh,’” the Florida native said during a June appearance on The Talk, referring to her partner’s shirtless Barbie press picture. “It’s a funny photo and he’s trying to be funny. So, it worked on all levels.”

The Skura Style co-owner revealed that she even went as far as to have the Notebook star bring home a piece of his movie wardrobe. “I said, ‘Can I please have that underwear? Please! I never ask for anything,’” Mendes confessed. “So anyway, I do have it. I’m wearing it right now.”

The couple, who met while filming The Place Beyond the Pines, have been together since 2011. Us confirmed in September 2014 that they welcomed their first daughter. Two years later, their second child was born.

Mendes and Gosling, however, have seemingly pressed the pause button on expanding their family further.

“They feel really blessed having their two beautiful daughters,” the insider tells Us, explaining, “They’re not looking to have any more kids at this point as they’re really content as a family of four.”

The Ghost Rider actress, for her part, is “really down to earth and loves the role of being a mom,” per the source, who adds, “She’s cherishing these moments watching them grow up.”

Finding her way. Deepti Vempati revealed how she really feels about Kyle Abrams finding love so soon after their split....

Below Deck’s Ashton Pienaar Is Engaged to Sarah McAlpine Cooper