Former WWE Star Gabbi Tuft Comes Out as Transgender: ‘This Is Me’

Living her truth. Former WWE superstar Gabbi Tuft came out as transgender in a powerful statement shared to her Instagram on Thursday, February 4.

The 42-year-old wrestler addressed the “worldwide news” on her social media before detailing her transition in an interview with Extra. “This is me. Unashamed, unabashedly me. This is the side of me that has hidden in the shadows, afraid and fearful of what the world would think; afraid of what my family, friends, and followers would say or do,” she wrote via Instagram. “I am no longer afraid and I am no longer fearful. I can now say with confidence, that I love myself for WHO I am.”

Gabbi, who married wife Priscilla Tuft in 2002, admitted that her journey to self-acceptance was filled with challenges. “The previous eight months have been some of the darkest of my entire life. The emotional turmoil of being transgender and having to face the world has almost ended me on multiple occasions,” she continued. “However, the day I stopped caring about what other people thought, was the day I truly became limitless and allowed my authentic self to come into the light.” 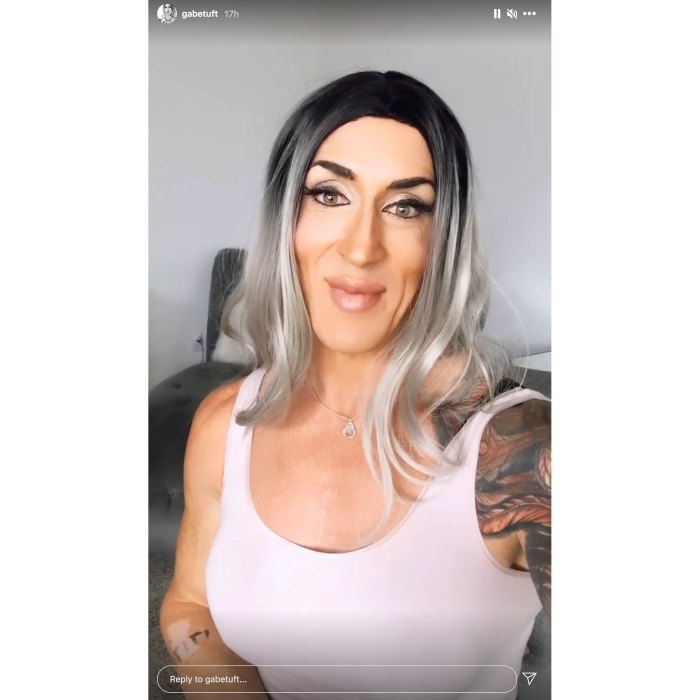 The California native is best known for competing in WWE for three years from 2009 to 2012 under the ring name Tyler Reks. Upon announcing her retirement from the sport, Gabbi said she aimed to spend more time with her wife and daughter Mia, now 9.

As she opened up about her identity via Instagram on Thursday, Gabbi said that she was “forever grateful” for her family and friends, who have shown endless support over the last few months. However, she acknowledged that not everyone might feel the same way.

“I don’t expect everyone to agree or understand. It’s not my place to change any of your core beliefs. Just know that the outer shell may change, but the soul remains the same,” she wrote. “I know that many of you have questions and, as I have promised, they will all be answered. … I promise to always be transparent and truthful with my journey, and to be a light to those that are in need. This is me.”

During her candid interview with Extra, which debuted on Friday, February 5, the retired athlete recalled questioning her identity from a young age, remembering that she would “sneak into [her] mom’s closet and try out her clothes” as a child. “It just felt right,” she said, but she “suppressed” those feelings out of concern that she wouldn’t be accepted.

When it comes to her relationship with Priscilla, Gabbi’s transition has come with a handful of ups and downs. However, the pair are committed to working through them together.

“It’s been a very interesting progression,” Gabbi said in the interview. “Our intimate life has changed quite a bit. … And what we’ve discovered is a whole different part of our relationship. … There was a lot of very difficult, traumatic emotion in trying to figure out how I was going to present myself to the world. Having Priscilla by my side as a huge support has changed that. And she has been such a rock for me.”

The couple has had “an ongoing conversation” about Gabbi’s identity with their daughter. Though “there have been some dark nights” over the course of her journey, Gabbi feels comfortable in her own skin and hopes her story inspires others to be their most authentic selves.

“I know that there are thousands of transgender women, transgender men that are going through the same process I’m going through, and they don’t have the support that I do,” she told Extra. “And so here’s what I pledge: I promise that I will share my story and be 100 percent transparent, because knowing that there is a light at the end of the tunnel can just be that ray of hope that keeps somebody with us, that keeps him alive, and lets them know, ‘Yes, I can do this, too.’”