Gigi Hadid has entered the chat. After Kanye West called out criticism of his Yeezy season 9 fashion show, the model didn’t hesitate to slam the rapper’s comments.

West, 45, took to social media on Monday, October 3, to defend his latest collection after he unveiled “White Lives Matter” shirts on the runway during Paris Fashion Week. The Grammy winner, who wore the slogan alongside conservative commentator Candace Owens on Monday, quickly faced backlash for the decision.

After Vogue contributing editor Gabriella Karefa-Johnson referred to the clothing line as “irresponsible” in a post shared via Instagram, West later uploaded photos of the writer online. “This is not a fashion person You speak on Ye Ima speak on you Ask Trevor Noah,” he wrote alongside screenshots of Karefa-Johnson, while referring to his past feud with the comedian, 38.

Hadid, 27, swiftly clapped back at West amid his online antics. “You wish u had a percentage of her intellect,” the California native, who has collaborated with Karefa-Johnson, wrote. “You have no idea haha…. If there’s actually a point to any of your s–t. She might be the only person that could save u. As if the ‘honor’ of being invited to your show should keep someone from giving their opinion? Lol. You’re a bully and a joke.”

The Real Housewives of Beverly Hills alum continued to show her support for Karefa-Johnson by sharing posts slamming West.

Hadid reposted a statement from Vogue employee José Criales-Unzueta via her Instagram Story, which read, “I was trying very hard to not give that man air time, but publicly bullying someone who criticizes your work on your massive platform is another level of ridiculousness to me. If you can’t take it don’t dish it. If you can’t take criticism, specially the smart, nuanced, and kind criticism that GKJ provided yesterday’s show, then don’t put work out for public consecution.” 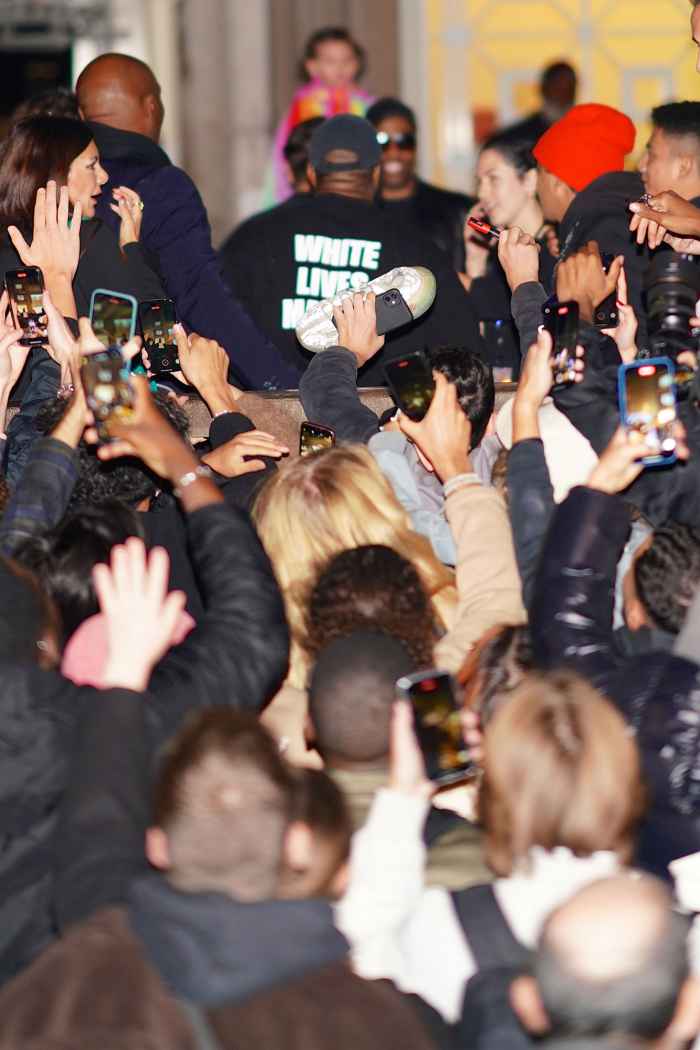 Meanwhile, West stood by his comments, writing via Instagram on Monday: “Everyone knows that Black Lives Matter was a scam. Now [it’s] over. You’re welcome.”

Karefa-Johnson, for her part, has not publicly addressed West’s response to her review. After viewing the Yeezy collection in Paris, the author offered a glimpse of her immediate reaction in screenshots of text messages.

“It’s become clear that some viewers think my previous post containing my working, evolving thoughts on Kanye’s show was some sort of distorted justification for the incredibly irresponsible and dangerous act of sending ‘W*** Lives Matter’ T-shirts down a runway,” she wrote in a lengthy Instagram Story that same day. “Please understand: it wasn’t.”

She continued: “The tshirts this man conceived, produced, and shared with the world are pure violence. There is no excuse, there is no art here. I’m sorry I failed to make that clear — I thought I did. I do think if you asked Kanye, he’d say there was art, and revolution, and all of the things in that t-shirt. There isn’t. As we work through the trauma of this moment, especially those of us who suffered in that room, let’s have some grace for one another.”