THE Queen celebrated her 70 years on the throne with the royal family watching the Trooping the Colour on the balcony of Buckingham Palace.

Her Platinum Jubilee celebrations were kicked off by the military ceremony which was followed by the Red Arrows.

The royal family was enthralled by the display put on by the Red Arrows who painted the sky red, white and blueCredit: Getty 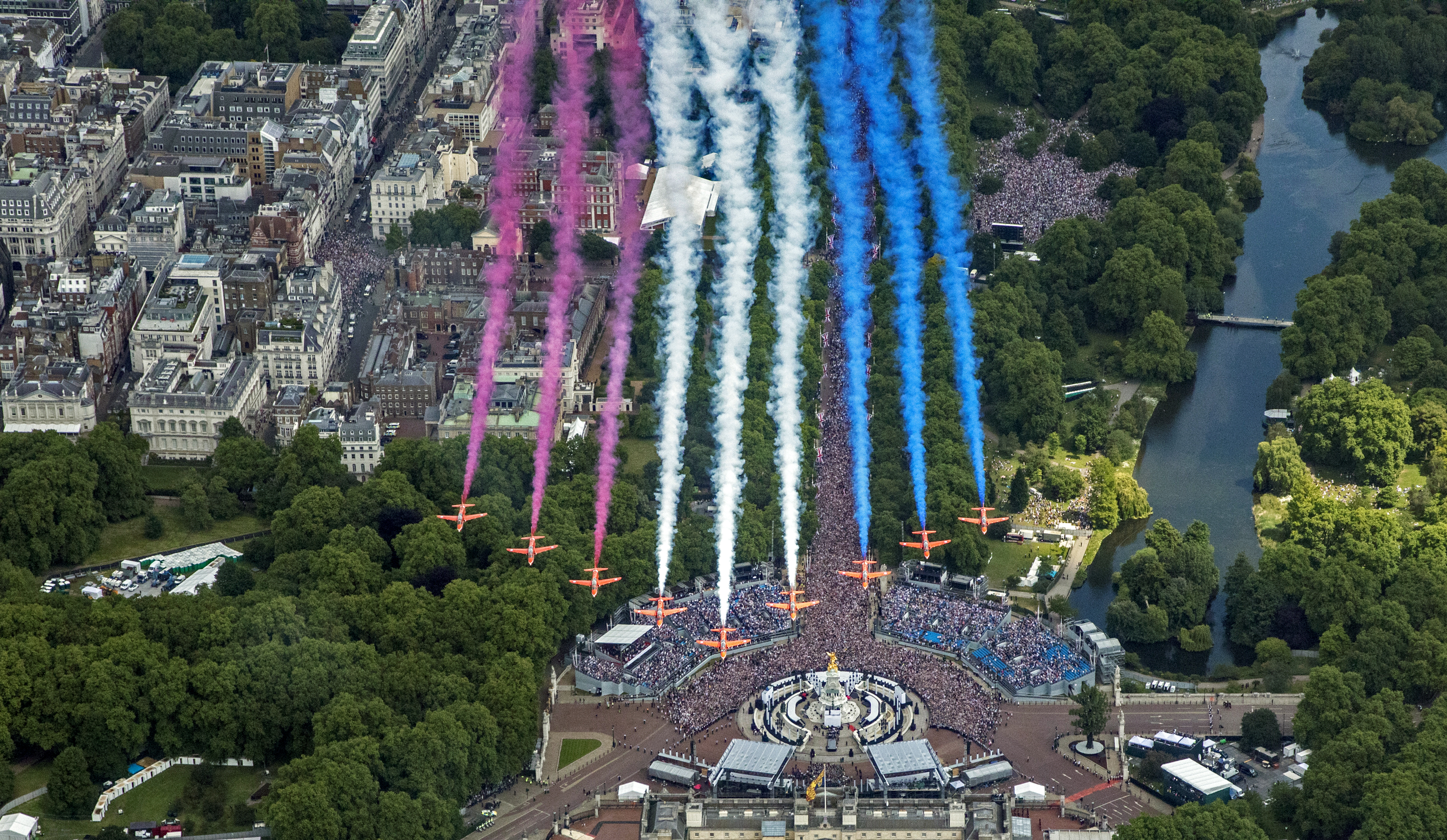 We were able to see the royal family enjoying the performance but did you wonder what they had to say about it all?

John Cassidy, a lip reading expert has revealed to Metro exactly what was said while they watched the ceremony.

Prince Louis exclaimed ‘woah, it’s the Red Arrows!’ as he watched them fly over Buckingham Palace.

The four-year-old was ecstatic and a big fan of the planes – as he turned to mum and dad, Kate Middleton and Prince William, and told them of his excitement. 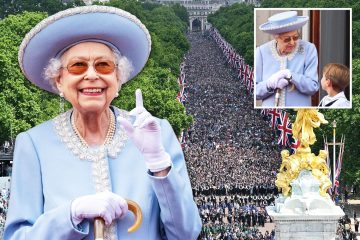 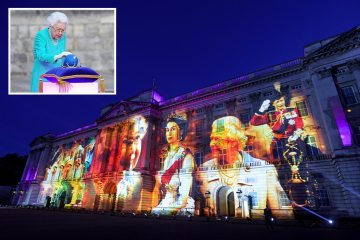 She also pointed out how ‘clever’ the formation of the Apache helicopters, RAF fast jets and wartime-era aircraft was.

The Duchess of Cambridge made sure her children got a good look of the Reds when they painted the sky red, white and blue.

She pointed the moment out to Prince Louis, Prince George, 8, and Princess Charlotte, 7, saying: ‘See the smoke!’

The memorable flight featured 70 aircraft representing each year Her Majesty has been on the throne.

The royal family was joined by thousands of people who took to the streets to watch the ceremony.

The Queen waved at the crowds before the royals made their way back into the palace as Jubilee celebrations continued.

Earlier this evening the Queen lit a beacon starting the nationwide beacon-lighting ceremony.

3,500 beacons have been set alight across the country to celebrate the Queen’s Platinum Jubilee – with festivities continuing throughout the four-day bank holiday.

Everything to know about the Queen’s Platinum Jubilee 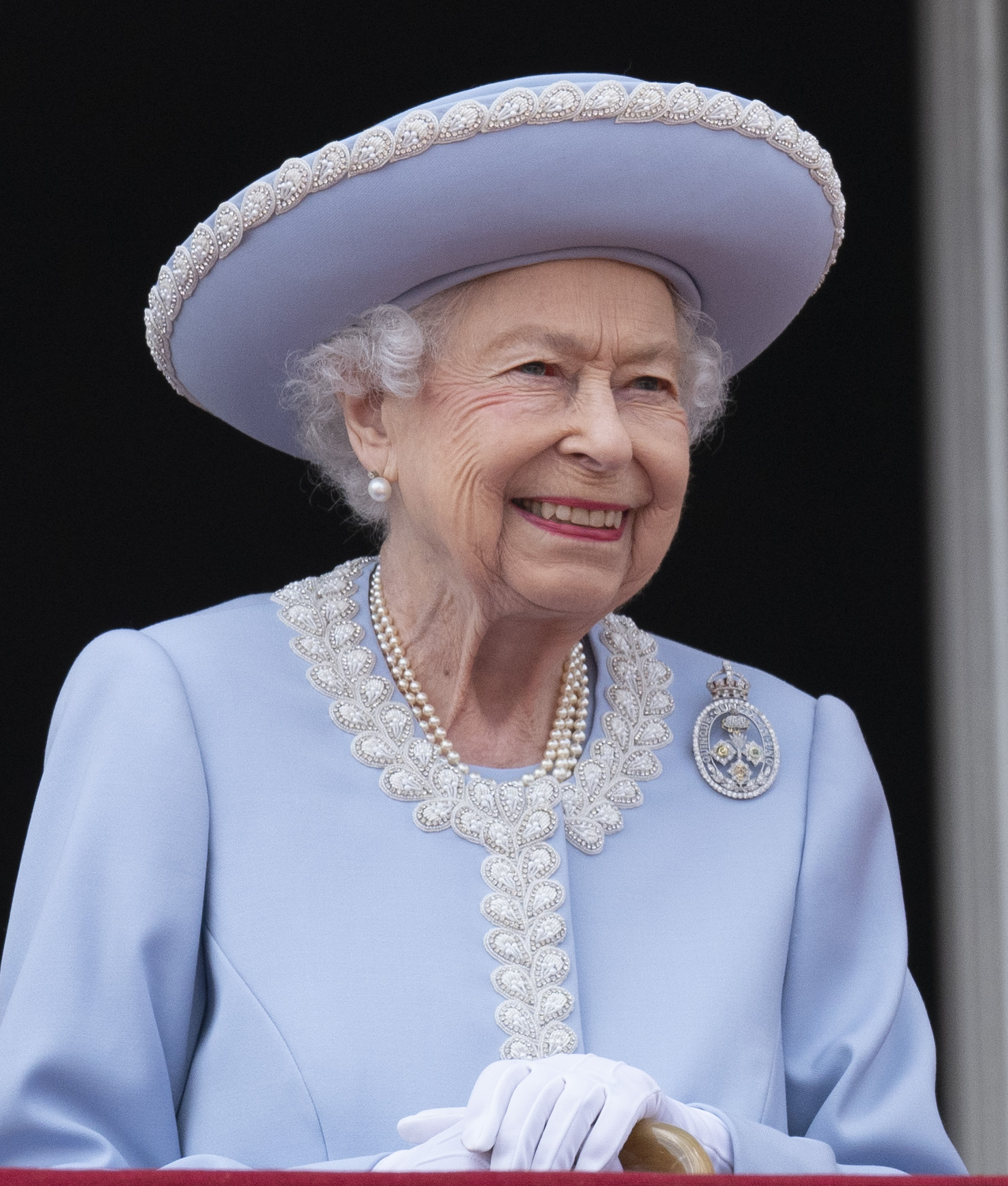 The Queen was spotted smiling as she watched the Trooping the ColourCredit: Arthur Edwards / The Sun