A long time coming. Kim Kardashian and Kanye West “haven’t been on the same page for a while now,” a source exclusively tells Us Weekly amid reports about their marital woes.

“She has grown up a lot this past year and is studying the law so she can really make change and provide a better world for her kids,” the source tells Us. “Kanye isn’t as focused and doesn’t live in the real world, their world views no longer line up.”

Kardashian, 40, and West, 43, wed in 2014 and share four kids: North, 7, Saint, 5, Chicago, 2, and Psalm, 20 months. The New York Post’s Page Six reported on Tuesday, January 5, that the Keeping Up With the Kardashians star is preparing to file for divorce from the rapper after six years of marriage. Us previously confirmed that she hired Laura Wasser as her attorney. 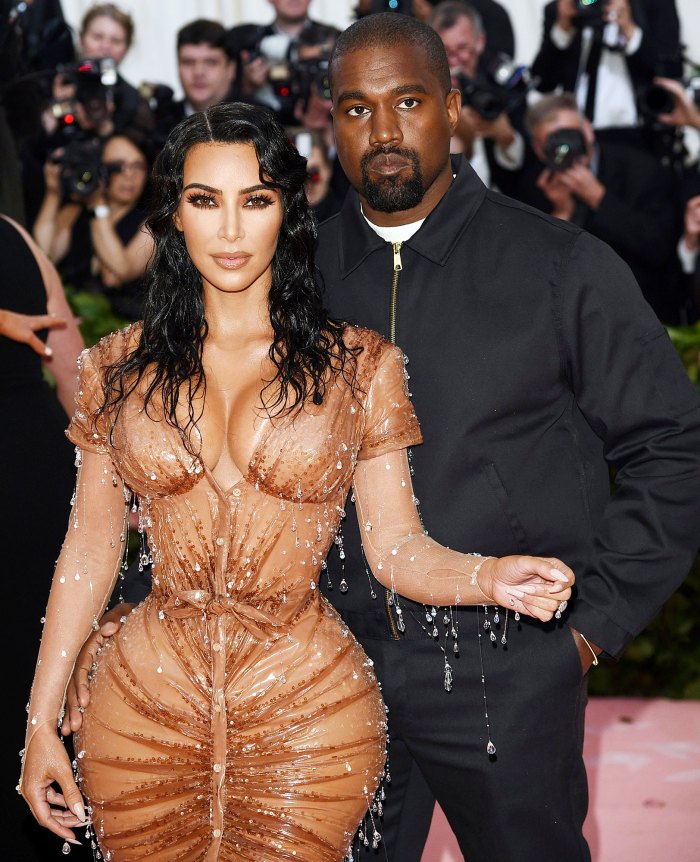 Kim Kardashian and Kanye West attend The Metropolitan Museum of Art’s Costume Institute benefit gala celebrating the opening of the “Camp: Notes on Fashion” exhibition in New York on May 6, 2016. Evan Agostini/Invision/AP/Shutterstock

“They have both been living separate lives for many months now,” a second source told Us, noting Kardashian’s inner circle is “surprised” she hasn’t taken legal action yet. A third source noted that the twosome got into a “big fight in early December,” which may have been the final straw between them.

Back in July, reports surfaced that the twosome were on the rocks after West made controversial comments about abortion at his first presidential campaign rally — including a remark about how he almost “killed” North when Kim was pregnant with their first child. (While West ran for president in 2020, his name only appeared on the ballot in 12 states. Kardashian, meanwhile, celebrated Joe Biden‘s win.) A source told Us that Kardashian felt “helpless” at the time, noting the KKW Beauty CEO was “deeply upset” with West for “talking about their personal life and for making matters that are very personal to them and their family public.”

The rapper tweeted that he’d been trying to divorce his wife for two years and Kardashian was subsequently spotted having an emotional conversation with West in Wyoming, where he currently resides. That same month, the Skims creator broke her silence on her husband’s battle with bipolar disorder.

“Those that understand mental illness or even compulsive behavior know that the family is powerless unless the member is a minor,” she wrote on July 22. “People who are unaware or far removed from this experience can be judgmental and not understand that the individual themselves have to engage in the process of getting help no matter how hard family and friends try.”

Kardashian and West had yet to publicly comment on Tuesday amid speculation about their marriage. While he was included in their family Halloween photos in October, West was noticeably missing from the majority of Kardashian’s 40th birthday getaway in November. He was also seemingly MIA on Christmas, which Kardashian celebrated with mom Kris Jenner and sisters Kourtney Kardashian, Kendall Jenner and Kylie Jenner.