Throwing himself into work. Jason Sudeikis focused on shooting season 2 of Ted Lasso amid his ex Olivia Wilde’s new romance with Harry Styles.

“Time to start warming those biscuits,” Apple TV tweeted on Friday, January 15, alongside a photo of the Saturday Night Live alum, 45, in costume. “Production for @TedLasso Season 2 has officially begun!”

Sudeikis stars as the titular character in the Apple TV+ series, which premiered in August 2020. The sitcom follows an American college football coach who is recruited to lead an English Premier League team.

Us Weekly confirmed the comedian’s split from Wilde, 36, in November 2020. The exes, who got engaged in January 2013 and dated for nine years, are parents of son Otis, 6, and daughter Daisy, 4. 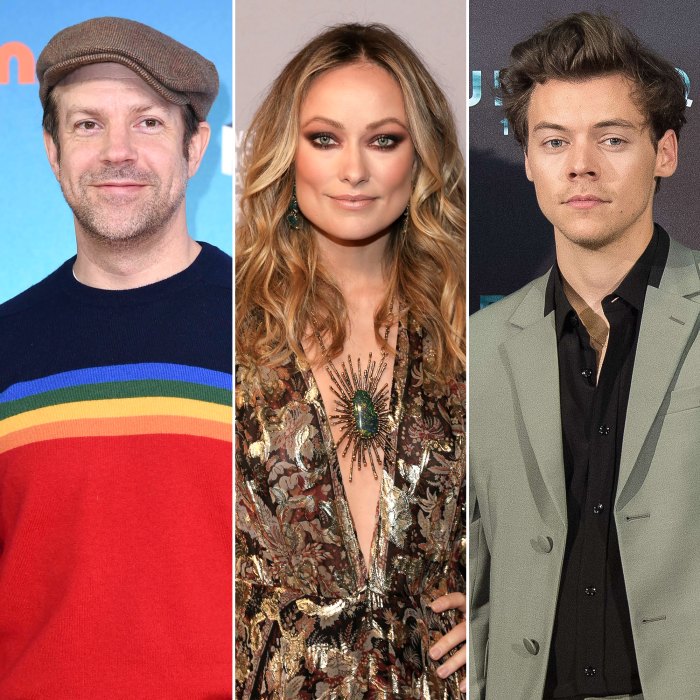 The actress was spotted holding hands with Styles, 26, earlier this month at his friend’s wedding. A source told Us at the time that he referred to her as his “girlfriend” in a speech at the nuptials. Wilde is directing the singer in the upcoming psychological thriller Don’t Worry Darling.

Sudeikis, for his part, is not ready to give up on his relationship with Wilde. “Jason’s had no option but to step back and let Olivia do her thing, but he [has his fingers crossed] that this is just a phase and that Olivia will snap out of it or that Harry will get bored and move on before too long,” an insider revealed. “He’s desperate to” win her back so they can “repair their family.”

A source close to the Booksmart director claimed that she ended things with the Horrible Bosses star in early 2020. However, a second insider alleged that she “called off the engagement in early November but only after she already had gotten close to Harry. Whether Harry knows it or not, he was a reason for the split and it blindsided Jason — he totally adores Olivia and is devastated. Family is his biggest priority.”

A third source told Us that the pair were “already done” before she moved on with Styles, adding: “Harry did not break up an engagement.”

“Olivia and Harry were able to keep their relationship under wraps for a bit before it became public knowledge,” the insider said. “They were very careful about it and even sleuthy at times, although the small group of people who were on set with them every day eventually figured it out.”