A creative approach! Jennifer Coolidge revealed in a new interview that she once pretended to have an identical twin so that she could date two men in Hawaii at the same time.

“Quite a few years back, I did come to Kauai. When you come and you’re on vacation alone, you can kind of create anything you want,” the actress, 59, said on The Kelly Clarkson Show on Friday, January 29. “I ended up meeting these two guys that were best friends, and I liked them both. And so, I told them that I had an identical twin. And I dated both guys — for two weeks.”

After Kelly Clarkson threw her head back in laughter and called the sneaky plan “exhausting,” Coolidge said that she only got away with it because of her age.

“I don’t know if I would have the guts to do that now, but at the time it really was sort of a great decision,” she said. “You know, when you’re younger, you can just about get away with anything.”

Clarkson, 38, then turned to her other guest, Peter Krause, and asked whether he thought that he “would fall” for the Promising Young Woman star’s scheme if he were in one of the men’s shoes. 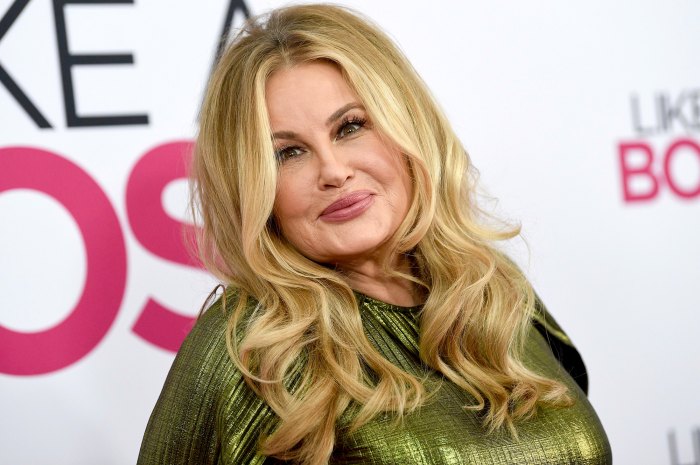 Coolidge, who was briefly linked to comedian Chris Kattan in the early 2000s, is notoriously private about her personal life. Her acting career, however, has not slowed down since she broke through in the 1999 movie American Pie. In January 2020, she teased that she hoped to reprise her role as Paulette Bonafonté in the upcoming third Legally Blonde movie.

“I would love to play Paulette again,” the Secret Life of the American Teenager alum exclusively told Us Weekly at the time, adding that she and Reese Witherspoon, who has led the films as Elle Woods, message each other whenever they “see something funny that has to do with Legally Blonde.”

Coolidge is also down to return to Sex and the City after making a cameo in a 2003 episode. However, she does not see herself replacing Kim Cattrall in the forthcoming HBO Max revival, And Just Like That.

“[I am] a huge Sex and the City fan. It’s one of those shows [that] you can just watch the reruns and never get tired of them,” she said on Watch What Happens Live With Andy Cohen last month. “But I have to say, I am such a Kim Cattrall fan, and I don’t see anyone being able to replace her in that part.”