He put a ring on it! Joey Lawrence is engaged to actress Samantha Cope one year after filing for divorce from Chandie Lawrence, Us Weekly can exclusively confirm.

“Tubi’s been great,” Joey told Us on Thursday, August 5 in an interview for his upcoming movie, SWIM, which premieres August 13 on the platform, explaining that the company also purchased a script he penned. “Believe it or not, my writing partner and I [sold the script to Tubi], I’m continuing my relationship with them.”

He added that his partner is also his fiancée. “But we’ve sold an original movie, a romantic comedy, which we’re gonna be making later this year.”

After confirming the pair’s engagement, the 45-year-old actor briefly dished on the couple’s upcoming wedding plans.

The Blossom star first met Cope, 34, on the set of their upcoming Lifetime movie, which is directed by his brother Andrew Lawrence.

“So we met there and out of nowhere, you know, it was a crazy year and a half for everybody, obviously the whole world,” Joey added. “Then when you least expect [it,] amazing things happen and meeting her has just been really the greatest thing ever.”

Before announcing the happy news, the An Organized Killer actress shared a selfie of the pair via Instagram on Sunday, August 1, captioning it, “appreciation post for this guy 🤍! Life is so full of blessings but also little unpredictable battles. I can’t thank you enough for staying positive even in the toughest of times. You’re my fav babe #gratitude.”

Lawrence commented on her post at the time, writing, “Babe… you are an incredible pillar of strength love and kindness and continue to amaze me everyday. Life certainly is a bumpy and unpredictable ride …but knowing the rest of my ride will be with you – makes it all worth it. And you are indeed my fave babe. #gratitude 🤍.”

Jen Lilley also commented on the selfie and hinted at the happy news. “I’m so sad I’m missing your big day,” she wrote. 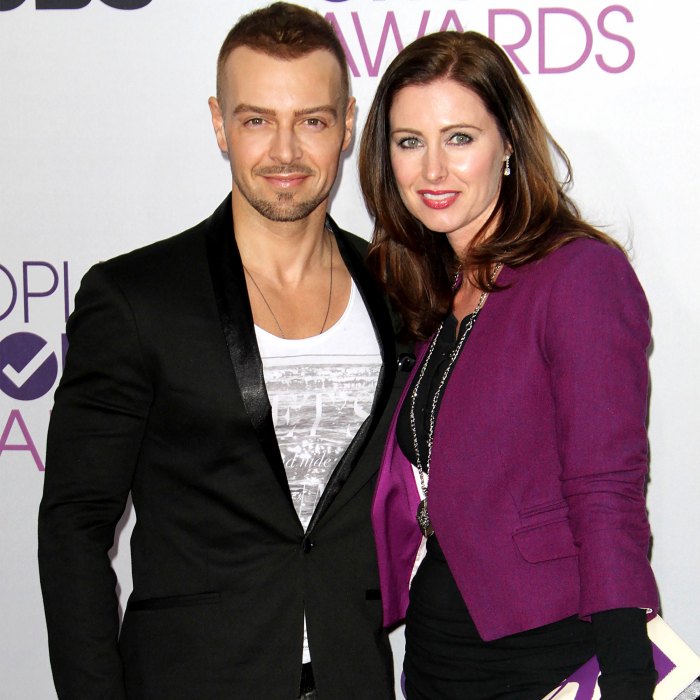 The Melissa and Joey alum previously filed for divorce from his wife of 15 years, Chandie, in July 2020.

After his “crazy” year, Joey was initially surprised to meet the Flowers and Honey actress “out of nowhere.”

“Last year, 2020 was really something,” he explained to Us. “And when you least expect it, you know, you literally meet the perfect person for you, and all those intangibles come into play … and then you meet [the] right person.”

The two actors dated for 11 months amid the coronavirus pandemic and lockdown.

“It’s cool to be this age and have that happen because all the pretense is gone and you’re not playing games,” the Brotherly Love alum gushed about dating the Insecure alum. “And there was no way to wine and dine anybody [because] we couldn’t go anywhere. So we were literally saying we’d been together like 11 months and it’s we saw one movie, literally one, and we’ve been out to dinner five times. … It was just hanging out, trapped in that, you know, confined space. And when you can meet the greatest person for you in that kind of environment, it’s saying something.”

The Dancing With the Stars alum — who shares daughters Charleston, 15, and Liberty, 11, with his estranged wife — noted that his kids have met Cope and approve of their relationship.

The Celebrity Big Brother alum has been married twice. He wed Michelle Vella in 2002 but the pair split three years later. Joey then married Chandie in July 2005 after meeting her at Disney World years earlier.