The right time. Josh Duhamel knew the exact moment that he wanted to propose to fiancée Audra Mari, but his surprise proposal left him without one crucial item.

“I just sort of decided last minute that was how I wanted to do it,” Duhamel, 46, exclusively told Us Weekly while talking about his proposal on Tuesday, January 25. “I didn’t have anything planned. I didn’t have a ring yet. I was like, ‘OK, you gonna do this today. Today’s the day.’ And that’s just how it all kind of happened.”

Even though the Transformers star was on vacation in the Florida Keys with Mari, 28, he still wanted to pop the question in a “beautiful” way and settled on sending the former pageant queen a literal message in a bottle. “I coordinated with [the concierge] there to make sure that bottle was floating up to shore as we were walking out there,” Duhamel recalled while promoting his Heluva Good! Dips partnership. 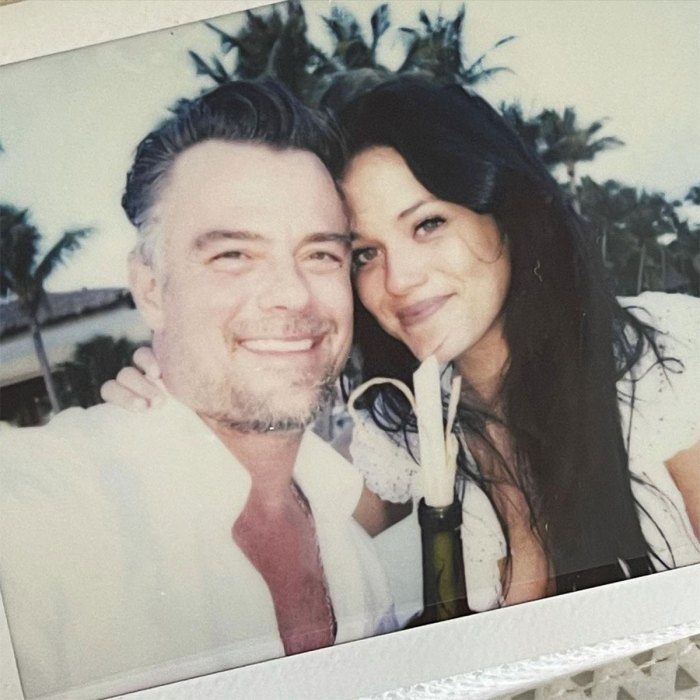 The All My Children alum announced his engagement on January 8, writing via Instagram: “It’s on!! She found a message in a bottle that washed ashore and said YES!! @audramari.” In the photo accompanying the post, the couple are holding a message reading “Audra Diane Mari, will you marry me?” up to the camera.

The couple have been dating since 2019. Duhamel was previously married to Fergie from 2009 to 2019, with whom he shares son Axl, 8. Despite the split, the Las Vegas alum and Fergie, 46, have been committed co-parents, and she even congratulated her ex on the engagement via Instagram.

While the proposal was a spur-of-the-moment decision, Duhamel told Us that he knew that the television host was “The One” early on in their relationship.

“Unfortunately, we were dating from the distance for a while, or it probably would’ve happened a lot earlier,” the Life As We Know It actor explained, to Us adding that Mari “moved from LA” back to her hometown of Fargo, North Dakota, at the start of the coronavirus pandemic. “We were right for each other, and we just made it work.”

Duhamel also noted that the former swimsuit model is also the “right” fit for a potential stepmother, as she and Axl have a strong bond. “He is very excited about [our engagement]. That was a big part of it. They get along great. It’s been good,” he said.

Above all else, the North Dakota native is focused on being a supportive father and a “good role model” for Axl. “I want to make sure that I’m making him get out there and do things, making sure that he knows he’s safe and secure but also can go out and take risks,” he said. “I also want to be a good role model for him. Because he is watching very closely.”

In addition to setting a good example, Duhamel revealed that Axl considers him to be a “cool dad.” The Love, Simon actor will get an assist in impressing his son ahead of the Super Bowl thanks to the Heluva Good! Dips Sideline Snacker. He described the invention as a “little robot” that makes sure all of the snacks and drinks are on hand for the big game, so football fans aren’t forced to leave the couch.

“[Axl], he’s always good, [but] he’s excited because when he comes home today, there’s this little machine called the Sideline Snacker” there, he continued. “This thing will literally come to you, bring you the snacks, cold beer, whatever you need. So that’s mostly what he is excited about [right now].”

Fans can enter to win a Sideline Snacker of their own from January 27 until February 4, just in time for the Super Bowl on February 13.

An early celebration. Kourtney Kardashian and Travis Barker are loving their pre-wedding festivities in Portofino, Italy, including a pre-wedding lunch...

Celebrity Couples With and Without Prenuptial Agreements