Kanye West has entered the chat. Shortly after Kim Kardashian‘s split from Pete Davidson made headlines, the 45-year-old rapper appeared to celebrate the breakup.

The Yeezy designer shared a photo of a mock New York Times cover via Instagram on Monday, August 8, with the headline reading, “Skete Davidson Is Dead at Age 28.” West did not add any further comment in the caption, but several of his fans were quick to show their support.

Us Weekly confirmed on Friday, August 5, that the 41-year-old Skims CEO and the 28-year-old comedian called it quits after less than one year together. “They amicably split this week,” a source revealed at the time.

The beauty mogul and the Saturday Night Live alum were first linked in October 2021 after Kardashian hosted an episode of the NBC sketch series. One month later, the twosome confirmed their status when they were spotted holding hands in California. They made their romance Instagram official in March following a heated back and forth with West, who frequently dissed Davidson and made countless attempts to win Kardashian back.

“HOLD YOUR SPOUSE CLOSE MAKE SURE THEY KNOW HOW MUCH YOU LOVE AND APPRECIATE THEM BECAUSE THERES A SKETE LURKING IN EVERY DIRTY ASS ALLEY WAITING TO HELP DESTROY YOUR FAMILY AND WALK AROUND IN CALVIN KLEINS AROUND YOUR CHILDREN,” the Grammy winner wrote via Instagram in February. “I WISH MY WIFE WAS WITH ME AND OUR CHILDREN SITTING AT THE 50 YARD LINE @kimkardashian ALWAYS REMEMBER WEST WAS YOUR BIGGEST W.” 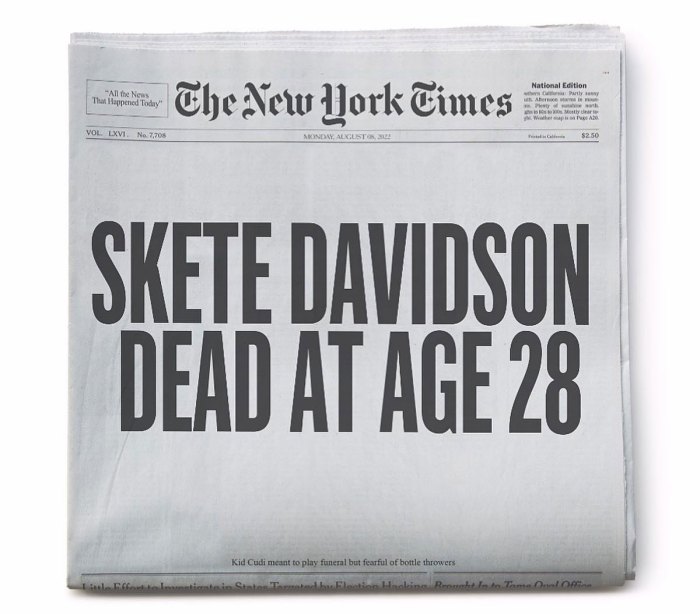 The “Stronger” rapper shares four children — North, 9, Saint, 6, Chicago, 4, and Psalm, 3 — with Kardashian, who filed for divorce from West in February 2021 after nearly seven years of marriage. Earlier this year, Kardashian fired back at West’s “constant attacks” on both her and Davidson.

“Divorce is difficult enough on our children and Kanye’s obsession with trying to control and manipulate our situation so negatively and publicly is only causing further pain for all,” she wrote via her Instagram Story in February, adding that she “wanted nothing but a healthy and supportive coparenting relationship” with the “Gold Digger” artist. “It is what is best for our children and it saddens me that Kanye continues to make it impossible every step of the way.”

She continued, “I wish to handle all matters regarding our children privately and hopefully he can finally respond to the third attorney he has had in the last year to resolve any issues amicably.” 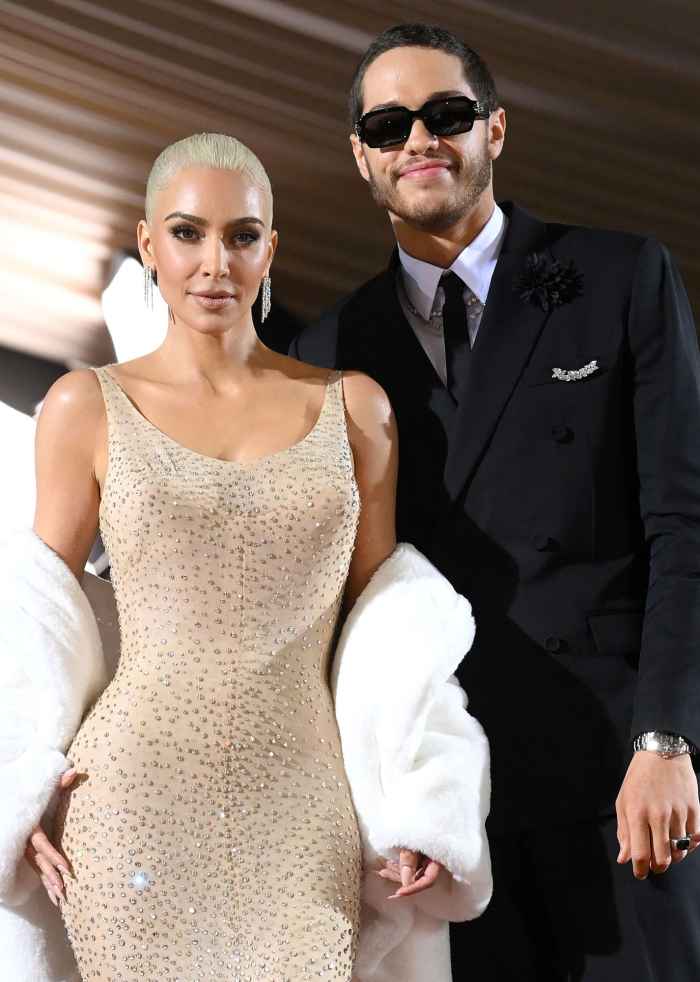 One month later, a judge declared the California native legally single and restored her last name. Ahead of their breakup, Davidson noted that he wasn’t fazed by the heightened attention on his relationship with the Keeping Up With the Kardashians alum.

“I don’t mind. I know what it comes with,” he said on Hart to Heart in July. “I totally get it because whatever I get to do is sick. If that’s all you have to deal with then whatever.”

A source later told Us that the Selfish author and West were making positive strides in their coparenting relationship. “They are very civil with each other and right now, there are no issues,” the insider noted earlier this month. “They are both treating each other with mutual respect.”

Finding her way. Deepti Vempati revealed how she really feels about Kyle Abrams finding love so soon after their split....

Below Deck’s Ashton Pienaar Is Engaged to Sarah McAlpine Cooper