Kate Middleton, Prince William & the Queen lead birthday tributes to Duchess of Cornwall as she turns 74

PRINCE William, Kate Middleton and the Queen have led the birthday tributes to the Duchess of Cornwall, as she turns 74 today.

The royals have sent the Duchess of Cornwall birthday wishes today

On their joint Twitter account, the Duke and Duchess of Cambridge wrote: “Wishing The Duchess of Cornwall a very happy birthday today!” followed by a balloon emoji.

Kate and William also shared a snap of Camilla, taken earlier this week when she went to see A Starry Night In The Nilgiri Hills, hosted by the Elephant Family, at London’s Lancaster House with husband Prince Charles, 72.

Camilla wore an Anna Valentine three quarter-length tunic and trousers for the event, which featured a performance from Katherine Jenkins.

The Queen also shared a birthday message to her daughter-in-law.

Sharing an Instagram Story, the post – which featured an image of the duchess, as well as a cake emoji – read: “Wishing the Duchess of Cornwall a very happy birthday today #happybirthdayhrh.”

Last year, Camilla celebrated her birthday with her family at Raymill, her private Wiltshire home.

She is mum to food writer Tom Parker Bowles, 46, and art enthusiast Laura Lopes, 43, through her first marriage to Andrew Parker Bowles. 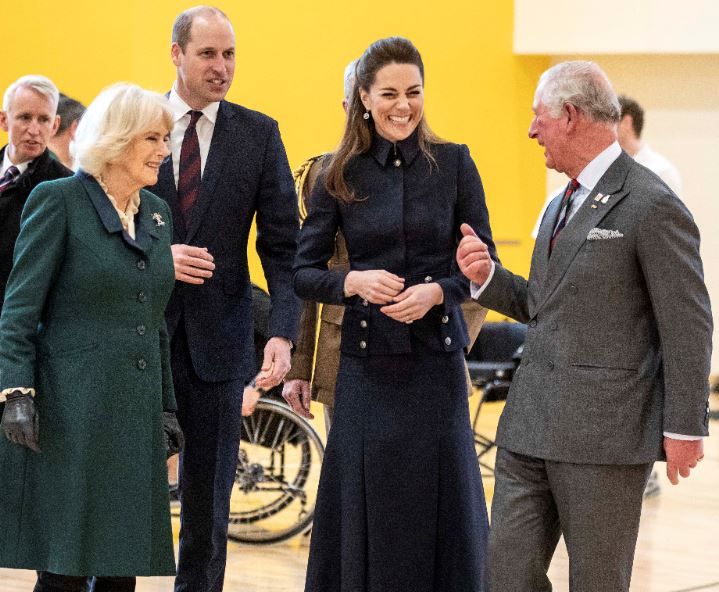 Camilla has been married to Prince Charles for 16 years

Charles and the Duchess – formerly Camilla Parker Bowles – wed in a civil ceremony at the Windsor Guildhall on April 9, 2005, after a relationship spanning more than 30 years.

It was followed by a blessing in St George’s Chapel, Windsor Castle, the same church where Prince Harry and Meghan Markle wed.

Last night, we revealed how Charles is adamant Camilla WILL be crowned Queen Consort.