Katie Price, you need to stop chasing youth and accept getting older 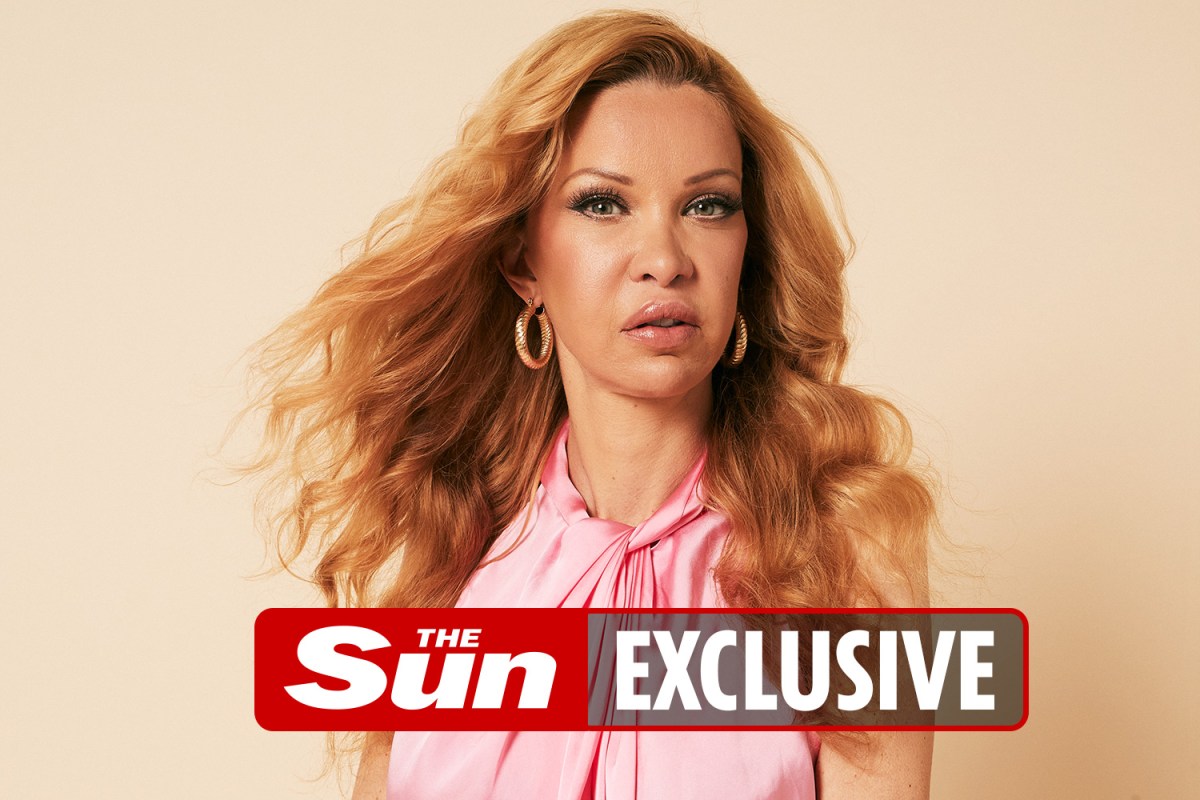 But countless botched surgeries mean she is trapped in a vicious cycle. 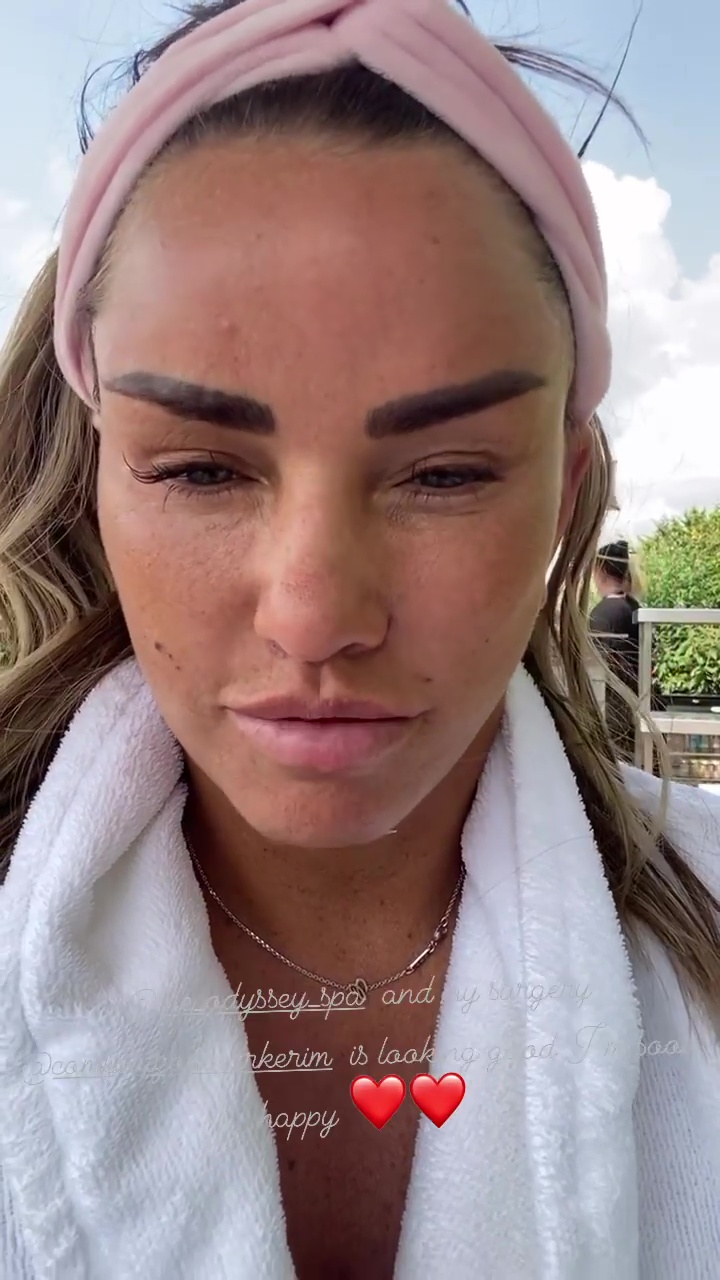 Now she wants to warn others, including Katie Price, to stop going under the knifeCredit: instagram

The 43-year-old mum of two has to have facial Botox every six months to prevent herself from dribbling — and has been battling an infected breast implant during lockdown.

She says: “The surgery I’ve had — it doesn’t go away. You get problems and you have to keep fixing it.

“I have a muscle that doesn’t work on one side of my face. They cut a major muscle in my face during a facelift.

“It means I have to have Botox once every six months for the rest of my life, otherwise I dribble. It looks like I’ve had a stroke.”

Alicia, who was on Celebrity Big Brother in 2015, has had 18 boob jobs, 11 nose jobs, bum implants — and even had ribs shaved down. But she gave up on cosmetic procedures when youngest daughter Papaya, nine, was born in 2011.

Now she and her eldest daughter Georgia, 26, want to warn others — including Alicia’s Celebrity Big Brother housemate Katie Price — to stop or risk being unhappy forever.

Katie recently shared post-surgery photos after a trip to Turkey where she had full body liposuction, eye and lip lifts, liposuction under her chin and fat injected into her bum.

You’re not a glamour model any more. You’ve got to wake up one morning and realise you’re 43 and not 23.

Alicia says: “I completely empathise with Katie because she’s still in that industry.

“I think you have to turn your back on it to heal yourself, because otherwise I could have easily been in her shoes, chasing youth. I’m the same age as her.

“You get to that point where it’s time to move on with your life. You’re not a glamour model any more. You’ve got to wake up one morning and realise you’re 43 and not 23.

“But some people cannot move on and also they can’t accept getting older, and obviously that’s where she’s at.

“I’m actually more comfortable now than I’ve ever been and I’m pretty sure that if Katie ever did move on from that part of her life she’d be so much happier.

“She doesn’t need it. Quit while you’re ahead. Grow old gracefully.

“But if you’re holding on to trying to be a glamour model and that whole lifestyle, you can’t compete with 20-year-olds.”

During lockdown in June 2020, Alicia — who has Allergan breast implants which have been linked to cases of cancer — suffered a medical emergency when her left breast became inflamed.

She says: “I thought I had heat stroke and then after a week I ended up in bed with a really high temperature. My breast was just getting bigger and bigger.

“Literally, I was lying in bed and it was twice the size of the other one — red raw.

“I couldn’t even move, nothing. I was sitting there thinking, ‘St, this is it’. I thought I was going to die.

“I was on the phone to Georgia, going, ‘Get the ambulance quickly, my breast is going to explode’.

“Then I didn’t want to get in the ambulance when it came because of Covid. I was like, ‘I want to just lie here and die peacefully’, because I was so ill.

“I was thinking, ‘What a f***ing stupid way of dying’. It was just ridiculous.”

After refusing to go to hospital, Alicia was prescribed antibiotics by her GP, and went on to be diagnosed with sepsis, a potentially fatal complication from an infection.

But things were about to go from bad to worse. 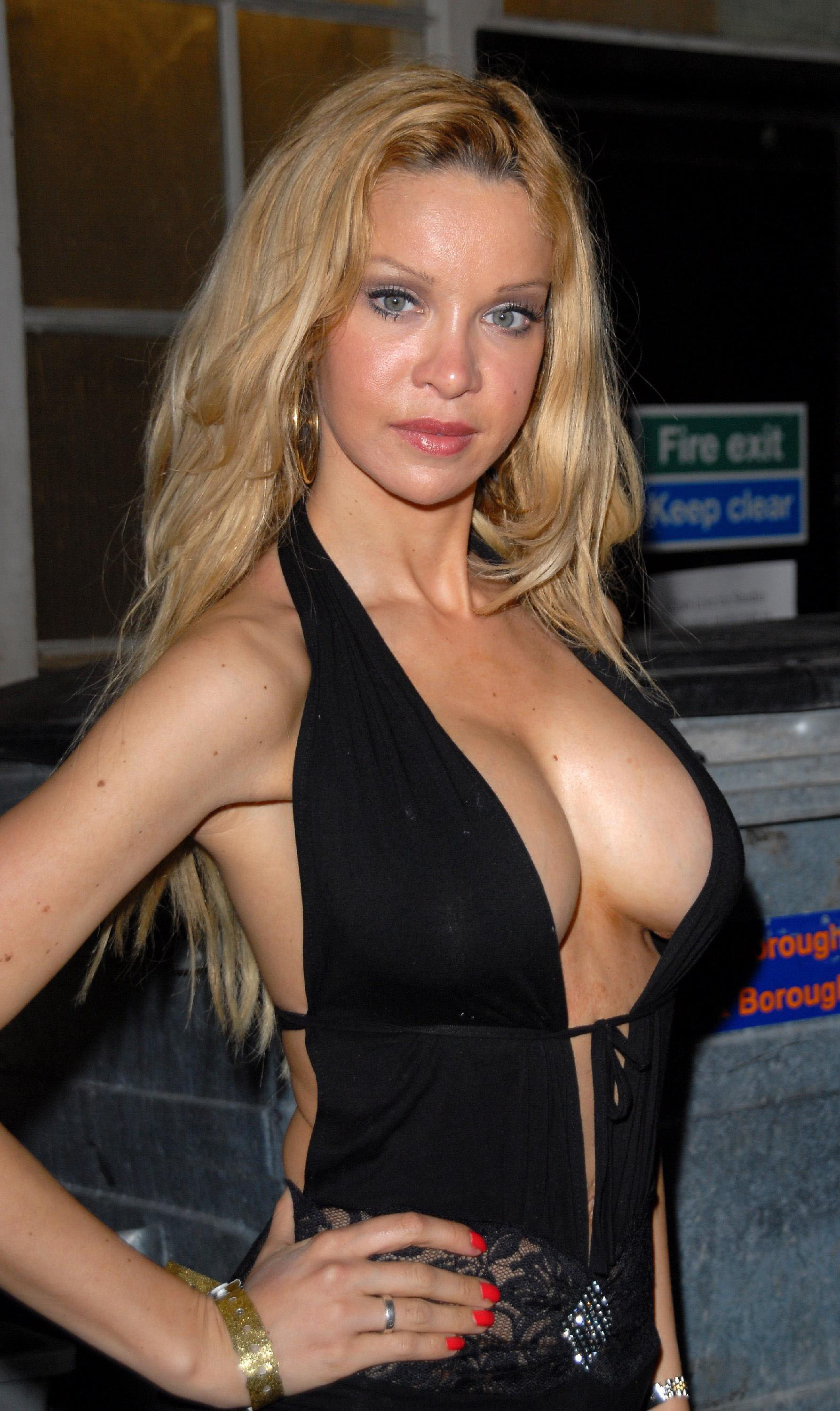 Alicia, pictured 2007, is trapped in a vicious cycle of fixing her surgical problemsCredit: Alamy

She says: “I got back on my feet then went into the hospital a few weeks later for an MRI scan and they said I’ve got a lump and a swollen lymph node.

“And I have Allergan implants, which have a rougher surface and are more prone to causing lymphoma, so I presumed I had cancer. For a couple of weeks I was like, ‘Oh s**t, I’ve got breast cancer’.

“I was saying goodbye to my relatives, thinking I had this rare cancer. It was traumatic.”

Thankfully, Alicia’s results came back weeks later showing she did not have the disease.

She says: “They still can’t tell me what it is – they just know there’s something wrong.

“It was the final wake-up call to realising the stupid mistakes I’ve made in my past. It was a miracle that I’d lasted this long.

“I’ve lived a year now with this infected implant in me and it still hurts, and I’ve got a swollen mobile lymph node and a lump, so every month I have to go into hospital to get it checked.”

Alicia now has to make the difficult decision of whether to remove the implants and be left with a flat chest, or get a new set – something she would rather avoid.

She says: “It’s a ticking time bomb. The NHS will take them out and leave you with skin. Basically, you’re deformed.

“You’ve got to have a very strong personality to change your body shape – who you’ve been since you were 17 years old – so for me I don’t think I’m at that place.

“If it’s going to affect my mental health beyond repair, there is an option to have some implants put back in.

“I’m at a crossroads at the moment where I’ve got to decide what to do. It’s like my past coming back to haunt me.”

Daughter Georgia, who often looked after her mum following her procedures, takes a strong anti-surgery stance.

The entrepreneur, who founded skincare brand Douvalls with her mum, says: “I’d always tell my mum not to have any more surgery. She doesn’t need it.

“From seeing her surgery, it made me think it’s not a good way to go for anyone. Unless it’s for medical reasons or there’s something really wrong and you need to change it. Surgery doesn’t last either so it’s not a fix.

“Getting surgery, you then take time out to recover, so it is difficult to be there for other people when you’re doing that. And the money could’ve been used somewhere else.”

It has been reported that Alicia has spent a whopping £1million on surgery, but the model mum, who fell pregnant with Georgia when she was 16, estimates it is actually around £720,000.

Now, after giving up her showbiz lifestyle, Alicia is embracing a quieter life.

She says: “I had to step away from the media and I changed my life.

“I woke up, gave up drinking, had a healthy lifestyle, bought a house in the countryside, changed my phone number so I switched off all my friends.

“I took a Buddhist mindset towards life and completely transformed myself. 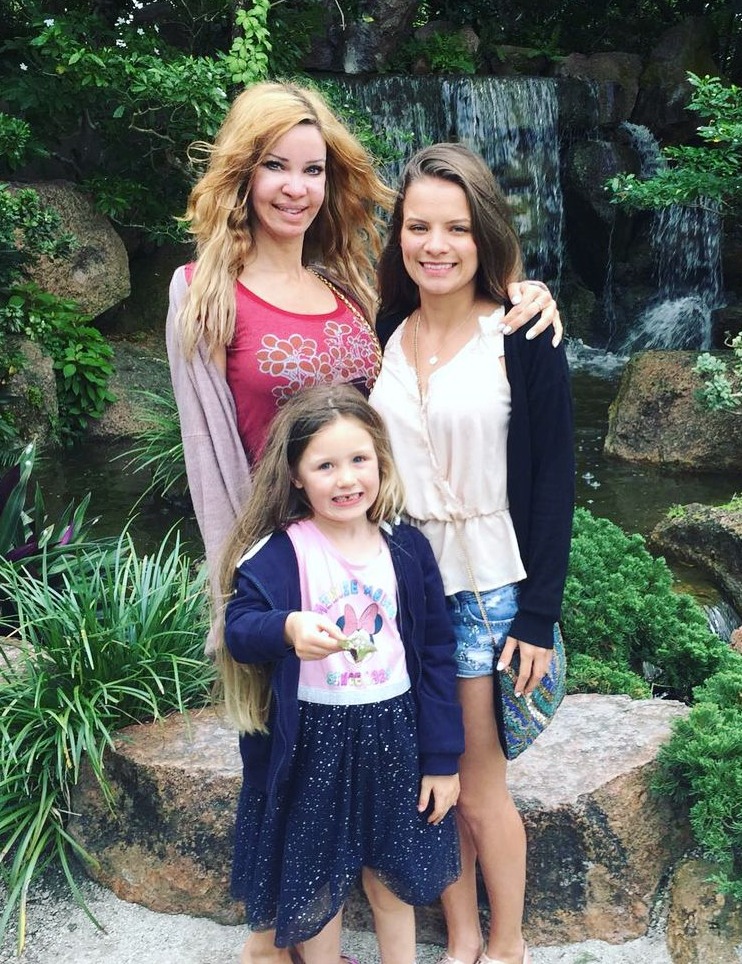 The mum of two realised she had to stop the procedures when she gave birth to her youngest daughter PapayaCredit: Instagram 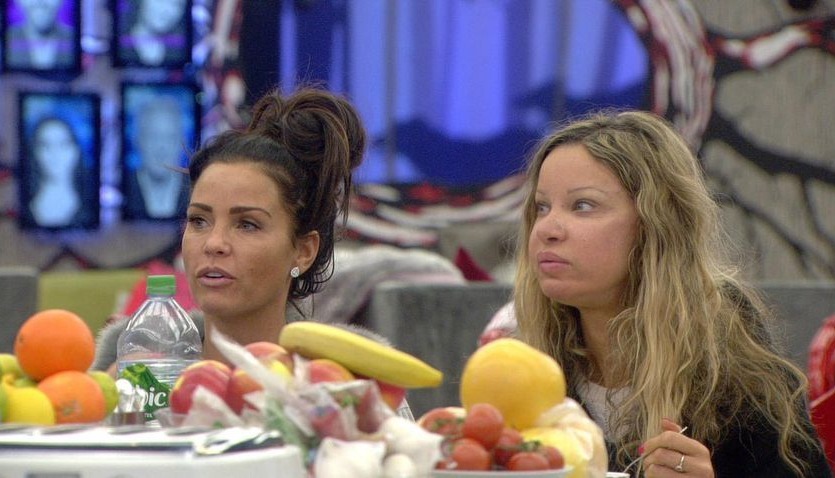 Alicia and Katie were in the Celebrity Big Brother house together in 2015Credit: Channel 5

“My looks to me now are irrelevant. I actually feel more confident about who I am now than I ever did when I was 20. I like how I look and I like who I am.

“People used to call me ugly. But if I’m the ugliest person in the room, it really doesn’t bother me.

“As soon as I took that power away from other people, that’s when I had inner peace and I became truly happy with myself.”