Pointing fingers! After Kelly Dodd’s Instagram bio raised questions about her future on The Real Housewives of Orange County, Us Weekly has exclusively learned that Rick Leventhal was to blame.

Dodd, 45, recently sparked rumors that she was leaving — or fired from — the Bravo reality series when her bio was updated to read, “Proud veteran castmember of #RHOC.” Fans took notice of the change just hours after Positive Beverage cut ties with Dodd over her controversial comments about COVID-19.

While the TV personality has since changed her bio back to “proud castmember of #RHOC,” a source close to her and Leventhal tells Us that the Fox News senior correspondent, 61, was behind the initial modification. 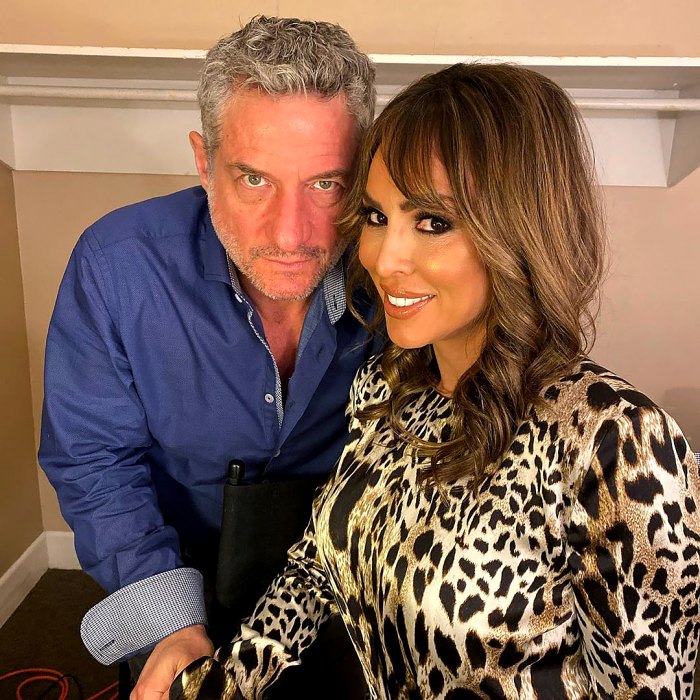 “Rick made the edit Sunday to remove the beverage reference and added ‘veteran’ to reflect Kelly’s longtime tenure on the show,” the source explains. “He never intended to suggest she’s no longer a cast member because she is still with the RHOC franchise.”

Dodd joined the show in 2016 during its 11th season. Since then, she has come under fire a number of times for her actions away from the cameras. She was forced to apologize in April 2020 after calling the novel coronavirus “God’s way of thinning the herd.” Six months later, she faced backlash for throwing a bachelorette party amid the pandemic, where she and her guests only wore face masks part of the time.

The reality star most recently raised eyebrows by falsely stating that she could not spread the virus, which has killed more than 2.2 million people worldwide since December 2019, because she had already been vaccinated. While dining at Billy’s at the Beach in Newport Beach, California, on Saturday, January 30, she said in an Instagram video that she should not be called “a superspreader because there’s nothing to spread.”

Positive Beverage fired Dodd the next day, with founder and CEO Zach Muchnick saying in a statement to Us, “Today was a rough day: our stakeholder, Kelly Dodd, was distanced from our company as an ambassador of the brand after the recent weeks and days of social media presence, indicating her opinions about people and the pandemic. Unfortunately, these values weren’t aligned with our tone and priorities of inclusion, diversity, wellness and health within every pillar of daily life. While she remains a minority shareholder in the company, we made the decision today to formally sever ties with her endorsement and likeness with our brand, so that we can continue our charge to spread good vibes and healthy hydration to everyone!”

She responded later on Sunday, January 31, by tweeting, “I’m glad I could help put Positive Beverage on the map and wish them well. I’m also really excited about my next venture in the beauty industry, which is my real passion. Stay tuned!”

With reporting by Sarah Hearon