Two years (and one day) after Tristan Thompson was caught kissing Jordyn Woods, Khloé Kardashian has had enough.

The 36-year-old Good American confounder fired back at a social media user who commented on a recent clip of the upcoming season of Keeping Up With the Kardashians in which Thompson, 29, discusses getting back together with Khloé during a chat with Kim Kardashian.

“So … is Kylie allowed to be friends with Jordan [SIC] again?” the fan wrote, referring to Kylie Jenner and Woods, both 23. 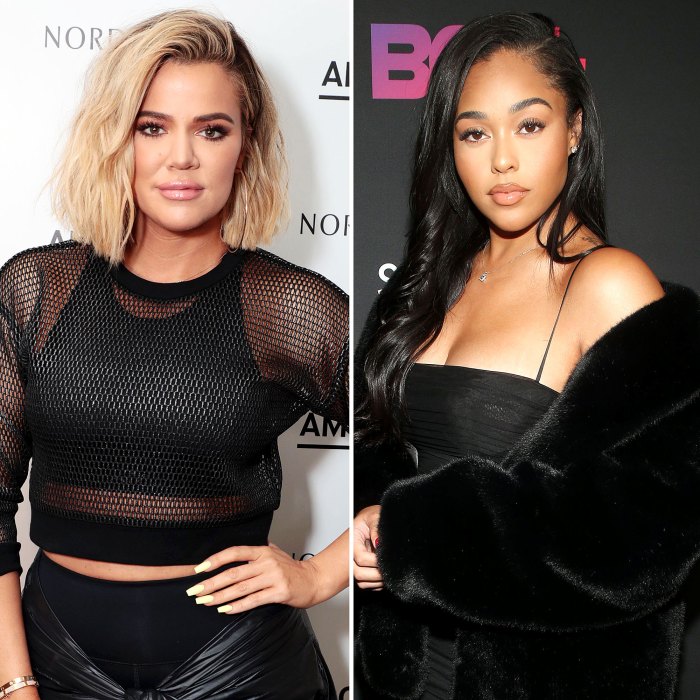 “I’m so sick and tired of this narrative that I control my sister or dictate who she chooses to surround herself with,” Kardashian wrote on Thursday, February 18, via Instagram, according to CommentsByCelebs. “Never once have I ever and I mean EVER told my sister who she can be friends with. She is an adult, who can do whatever she wants to do.”

Thompson and Woods made headlines on February 19, 2019, when Kardashian learned that they kissed at a party two days earlier. The pair, who share daughter True, now 2, called it quits amid the cheating scandal. Jenner subsequently had Woods move out of her house. The former best friends, who unfollowed each other on all forms of social media, also haven’t been seen together in public since the scandal.

“I love my sister unconditionally!” Kardashian wrote on Thursday, noting that she will support Jenner “in anything and everything she wants to do.”

The Revenge Body host continued: “Regardless of who she chooses to be friends with, I will always love, respect and value my sister unconditionally!! She is my life partner and I will always respect what she chooses!!! By the way, I have no ill feelings toward ANYONE!!! Truly. My heart carries no hatred at all. Unless you actually know what you’re talking about, respectfully, SHUT THE F—K UP!”

Us Weekly confirmed in August 2020 that Kardashian and Thompson reconciled after quarantining together amid the coronavirus pandemic. In the clip from KUWTK released by E! on Thursday, Thompson tells Kim, 40, that “some days are good” with Khloé, but something is holding her back.

“I think it’s just mostly what other people are gonna think. I think she’s totally fine. Otherwise, she wouldn’t be hanging out with you 24/7,” the Skims founder replies.

The athlete responds, “We’re never gonna get to the finish line, like, if you’re trying to always please the masses.”

While Jenner has yet to react to Khloé’s recent remarks about Woods, the sisters have talked about the scandal on the series.

“I think that this whole Jordyn situation needed to happen for a reason — for me, for you, for her, for everybody. … She was my security blanket,” the Lip Kit maven said on a 2019 episode. “She lived with me. We did everything together. I just felt like, I have Jordyn; I don’t need anything else. I feel like there’s a part of me that needed to grow without her.”

Khloe replied, ”Everything is supposed to happen for a reason. I feel like this is the season of filter through the bulls—t and only the strong and loyal will survive.”

Woods, for her part, addressed the controversy on Red Table Talk at the time. More recently, she spoke about ever-changing friendships on PrettyLittleThing’s “Behind Closed Doors” podcast in November 2020.

“I think life is just about constantly evolving and constantly growing and becoming the best version of you,” she said. “And as long as you’re solid and the people around you are solid and everyone has the best intentions and everyone’s genuine, there’s not really a problem. I love meeting new people and, you know, I love people. … I’m very happy with the people I have in my life and that’s just life. Everything comes full circle too.”