The final straw? Kim Kardashian hit a breaking point with Kanye West in December amid talks of divorce, a source exclusively tells Us Weekly.

“They had a big fight in early December,” the insider tells Us about Kardashian, 40, and West, 43. “Kanye blew up at Kim and she was really upset. Things between them don’t seem to have healed since that.”

In July, a different source revealed to Us that the Keeping Up With the Kardashians star had met with a divorce lawyer to discuss her options. At the time — shortly after West publicly claimed that the couple had considered aborting their first child — the insider noted that she was trying to make the marriage to West work for their children, North, 7, Saint, 5, Chicago, 2, and Psalm, 20 months.

A separate insider adds that it was “only a matter of time” until the Skims cofounder threw in the towel after trying to help him for years.

“She didn’t just walk away,” the source notes. “The comments about North and the abortion were the final confirmation. She will protect the children first, always.”

On Tuesday, a third insider says that the pair have “been living separate lives for many months now,” and aren’t on the same page as West “isn’t as focused and doesn’t live in the real world.” 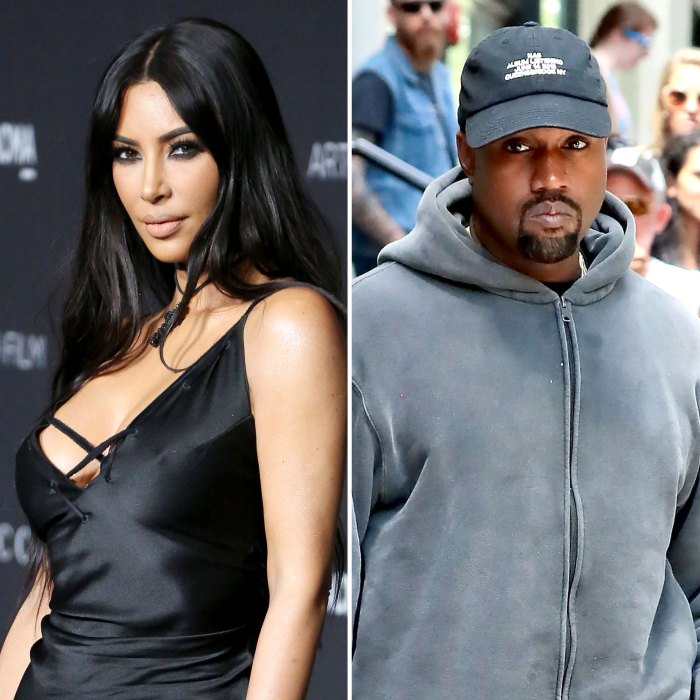 Over the summer, the “Flashing Lights” rapper went on multiple Twitter rants, once claiming that he had been trying to divorce the KKW Beauty founder for years and that she tried to have him locked up. He later apologized for his remarks.

“Kim and her family feel as though he’s really crossed a line by talking negatively about them publicly,” the source said at the time. “She feels helpless at this point.”

While West spent most of 2020 living in Montana, Kardashian has remained in L.A. She also publicly addressed the designer’s struggle with bipolar disorder in July.

“Those that understand mental illness or even compulsive behavior know that the family is powerless unless the member is a minor. People who are unaware or far removed from this experience can be judgmental and not understand that the individual themselves have to engage in the process of getting help no matter how hard family and friends try,” the Selfish author wrote at the time. “He is a brilliant but complicated person who on top of the pressures of being an artist and a Black man, who experienced the painful loss of his mother, and has to deal with the pressure and isolation that is heightened by his bi-polar disorder.”

A representative for West and Kardashian did not immediately respond to Us Weekly‘s request for comment.