“They had a big fight in early December,” the insider says. “Kanye blew up at Kim and she was really upset. Things between them don’t seem to have healed since that.”

The couple, who share four children, North, 7, Saint, 5, Chicago, 2, and Psalm, 20 months, made headlines on Tuesday, January 5, when the New York Post’s Page Six reported that Kardashian, 40, hired Laura Wasser as her attorney and is preparing for divorce. Us Weekly previously reported back in July that the Keeping Up With the Kardashians star had consulted with the high-profile Hollywood divorce lawyer about a split from West after six years of marriage.

“They have both been living separate lives for many months now,” a second source tells Us amid breakup speculation. “Kim and Kanye haven’t been on the same page for a while now.” 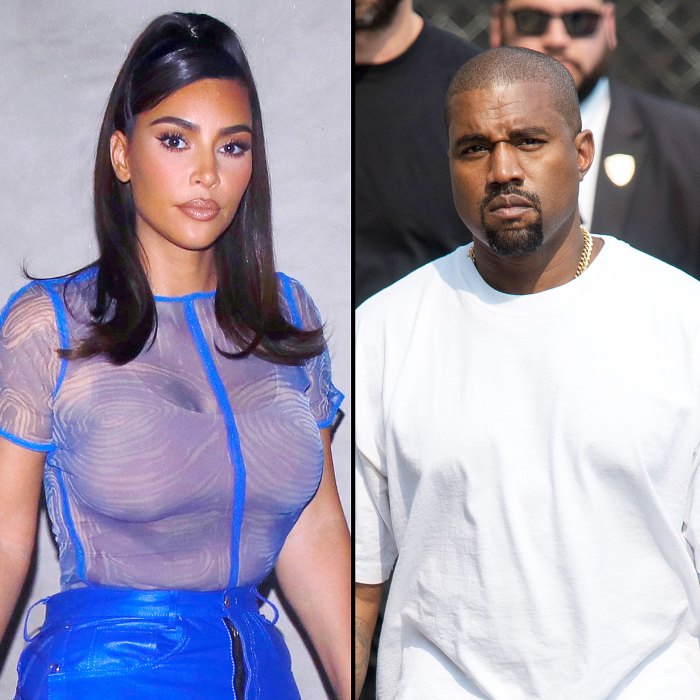 The Skims founder, who married West in 2014, has “grown up a lot this past year” the insider says, adding that she is studying law in order to “really make a change and provide a better world for her kids” and the rest of her family.

“Kanye isn’t as focused and doesn’t live in the real world,” the source explains. “Their world views no longer line up.”

The reality TV star has also been spotted without her wedding ring in recent weeks, including a photo shared by her mom, Kris Jenner, on Tuesday.

“Kim is done dealing with Kanye’s unpredictable behavior, she has tried to get him into treatment for his mental health and all attempts have been unsuccessful,” the source tells Us. “No one can tell Kanye what to do other than Kanye.”

The insider adds that Kardashian’s friends “are surprised she has waited this long to file for divorce.”

The reality star and the Yeezy designer’s relationship hit a snag last year after West, 43, made controversial comments about his wife and their family during his first presidential rally in South Carolina in July.

The “Jesus Walks” rapper, who ran for president of the United States in the 2020 election, revealed that he and Kardashian almost aborted their first child during his speech.

He later went on a Twitter rant, accusing the KKW Beauty creator of trying to lock him up, and claimed that he had been trying to divorce her for two years. Following her husband’s shocking comments a source told Us that the mother of four was “meeting with lawyers to explore and talk about divorce.”

A second source told Us that even though the pair have been living apart for most of the year, with Kardashian in L.A. and West in Montana, she still “wanted to make it work” with the musician “because of their children.”

Kardashian publicly addressed her husband’s mental health struggles the same month, writing a lengthy note about his bipolar diagnosis. West later apologized for his tweets and a source told Us in September that the California native was still “holding onto her marriage” with the designer but was “considering her options” when it came to their future.

The following month, West was noticeably absent from part of Kardashian’s 40th birthday celebrations when she flew her inner circle to a private island. A source told Us at the time that he did show up for the “last few days of the trip” but was late because of “work commitments.”

Despite gifting Kardashian a hologram of her late father, Robert Kardashian, for the milestone event, things seemingly have not improved. The TV personality has not posted a photo with West since November.

The “Gold Digger” rapper was also missing from the star’s Christmas Eve photos at sister Kourtney Kardashian’s house in December. He was also not pictured in any of her snaps from the family’s Lake Tahoe getaway ahead of the holiday.