Kim Kardashian and Kanye West realized their marriage was over years before their divorce.

The couple’s relationship hit a rough patch back in 2018 and reached the point of no return two years later, a source exclusively told Us Weekly.

“The turning point in Kim and Kanye’s marriage was when he said that slavery was a choice,” the insider said of the rapper’s controversial 2018 interview with TMZ. “They went through a really rough patch in the aftermath of that. Kim was completely mortified by Kanye’s ridiculous and outrageous comments. It took a lot for them to move past it, but they were able to eventually. But when Kanye told the world that he and Kim had discussed aborting North [in July 2020], it was the breaking point in their marriage.” 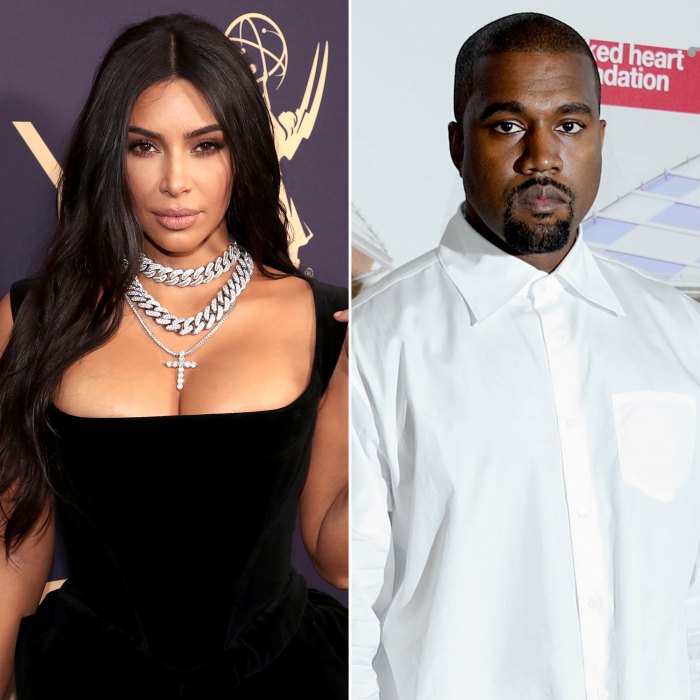 The Keeping Up With the Kardashians star, 40, couldn’t look past the comments her husband, 43, made when he kicked off his bid for the U.S. presidency with a rally in South Carolina, where he broke down and cried as he discussed abortion. He followed it up days later with a tweet storm in which he claimed that Kardashian was trying to lock him up under a 5150 psychiatric hold and that he’d been trying to divorce her for two years, alleging that she’d been unfaithful with Meek Mill.

“There was no turning back for Kim after that. She was able to brush off things that he said for shock value in the past, but she was in over her head as soon as he brought their children into it. She thought it was utterly unacceptable and freaked out over the thought of North one day reading about it,” the source told Us. “From there, they were never able to get back to the place they were once in.”

Like most couples, Kardashian and the Grammy winner didn’t always see eye-to-eye. West’s continued controversies simply became too much for the reality star over time.

“Kim and Kanye, of course, had disagreements behind closed doors just like any other couple, but she asked him several times to be careful with the things he said in public, especially when it involved the kids,” the insider explained.

Back in July, Kardashian posted a statement about her husband’s struggle with mental illness and the toll it takes on loved ones. At the same time, Us reported that she was consulting with a high-powered divorce lawyer. The couple were rarely seen together in public in the months that followed.

Us confirmed that the Skims founder filed for divorce on Friday, February 19. They were married for six years and share four children: North, 7, Saint, 5, Chicago, 3, and Psalm, 21 months.

Kardashian has had divorce lawyer Laura Wasser on “retainer” since the summer of 2020. An insider told Us in January that she planned to “focus on her business empire” amid the split.

“Kim has been in individual counseling and is at peace with where her life is headed,” the source said at the time.

There were signs the pair were headed for divorce well before TMZ broke the news on Friday. Us exclusively reported that they “had a big fight” in December 2020. “Kanye blew up at Kim and she was really upset. Things between them don’t seem to have healed since that,” the source said.

Another insider told Us it was “only a matter of time” before Kardashian and West called it quits. The pair had “been living separate lives for many months.”

He’s 74! As Arnold Schwarzenegger rang in his birthday on Friday, July 30, his children took to social media to...