Feeling the heartbreak. Kim Kardashian and Kanye West’s split has been “especially tough” on the rapper, a source close to West exclusively tells Us Weekly.

“Kanye has been trying to throw himself into work the past few weeks, but it’s been hard to stay focused with the split weighing on him,” the insider says, noting Friday, February 19’s divorce news was rough on him even though he “knew it was coming.”

The Yeezy designer has been “distant” and “unresponsive” amid the estranged couple’s divorce drama “as he processes everything that’s going on,” the source says.

Although amicable, the end of the pair’s relationship is something that West, 43, is still trying to wrap his head around. 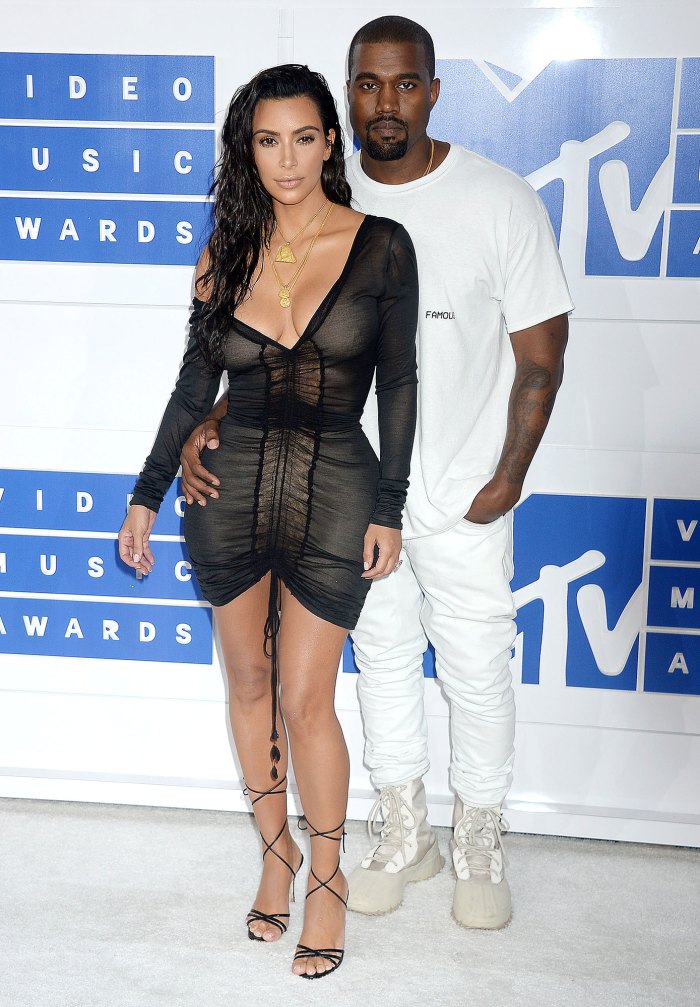 “Kim was always Kanye’s dream girl — even before they got together — so the thought of her not being his wife anymore is a lot to take in,” the insider adds. “Whether it’s the best decision for their family or not.”

Us confirmed on Friday that Kardashian, 40, filed for divorce from West after six years of marriage. The Skims founder is seeking joint physical and legal custody of the pair’s four kids — North, 7, Saint, 5, Chicago, 3, and Psalm, 21 months.

A source told Us at the time that the duo’s divorce was drama free and did not come as a surprise to the family.

“Kanye had moved out of the family mansion before Christmas,” the insider said, noting that West only came back to L.A. during the holidays to see his kids.

The source added that Kardashian and West’s “values just didn’t align,” but the divorce itself “isn’t expected to get nasty.”

Last month, a source told Us that the KKW Beauty founder was “done” with the musician’s “unpredictable outbursts.” An insider added that the pair “had a big fight” the month prior where “Kanye blew up at Kim and she was really upset.” The source said that things didn’t heal after that.

The duo’s relationship hit a major bump six months prior when West revealed during his South Carolina presidential campaign rally speech in July 2020 that the couple almost aborted North. The “Jesus Walks” rapper then went on a Twitter rant, accusing Kardashian of trying to lock him up and claiming he had been trying to divorce her for two years.

Following the outburst, a source revealed to Us that the Keeping Up With the Kardashians star put divorce lawyer Laura Wasser on “retainer” during the summer of 2020 after meeting.

Ahead of this month’s divorce filing, a source told Us that Kardashian has been in “individual counseling and is at peace with where her life is headed.”

The reality star and the Grammy winner wed in Florence, Italy, in May 2014, nearly one year after welcoming their first child. Kardashian was previously married to Kris Humphries, whom she split from after 72 days of marriage in 2012.