Kourtney Kardashian Is ‘There’ for Kim Amid Kanye Divorce

Always got her sister’s back. Kourtney Kardashian stepped up for Kim Kardashian before she filed for divorce from Kanye West.

“Kourtney has been trying really hard to be there for Kim this week,” a source exclusively tells Us Weekly. “Kim was over at Kourtney’s on Wednesday, [February 17,] as the preparations for [the Friday, February 19, divorce filing] were being finalized.” 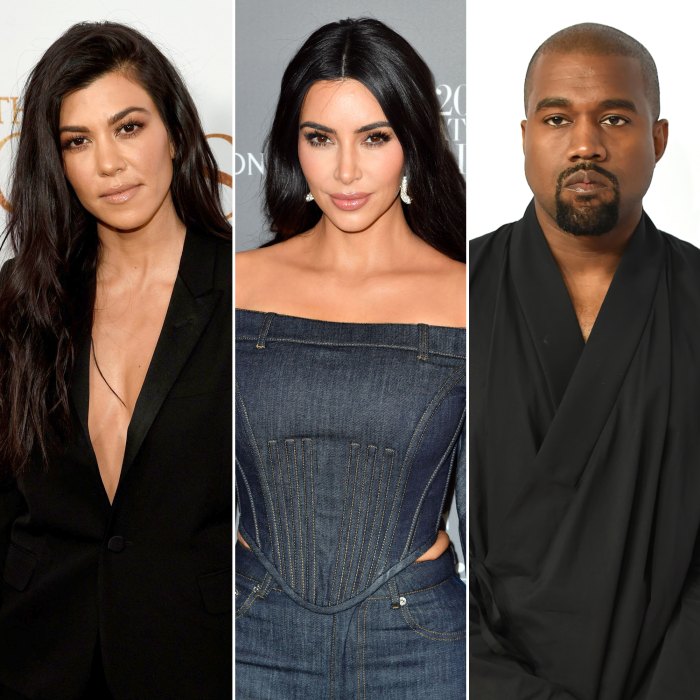 Kim, 40, is seeking joint legal and physical custody of the estranged couple’s four children — North, 7, Saint, 5, Chicago, 3, and Psalm, 21 months — according to court documents obtained by Us. She cited “irreconcilable differences” in the paperwork and asked a judge to enforce her prenup with West, 43. Their date of separation was listed as “to be determined.”

The KKW Beauty founder and the rapper sparked split speculation in January. An insider told Us at the time that she was “done” with the marriage as the two had “been living separate lives for many months,” while a second source revealed that Kim wanted “the divorce settlement finalized before formally filing.” Us also previously reported that she had attorney Laura Wasser on “retainer” since the summer of 2020.

The duo, who tied the knot in May 2014, kept things civil ahead of their formal split. “It was an amicable divorce and there was no drama,” an insider said earlier this week.

Another source reiterated the divorce was not sudden. “The filing wasn’t a surprise to either of them; both knew it was coming,” the insider told Us. “There is no one person who is exiting the marriage. They both just grew apart from each other. They both wanted to make the marriage work — that’s why they put this off for so long.”

As for West, the separation has been “especially tough” on him. “Kanye has been trying to throw himself into work the past few weeks, but it’s been hard to stay focused with the split weighing on him,” a source revealed, noting that the news was difficult even though he “knew it was coming.” He has been “distant” and “unresponsive” amid the divorce “as he processes everything that’s going on.”

The Grammy winner is still dealing with the ramifications of the split too. “Kim was always Kanye’s dream girl — even before they got together — so the thought of her not being his wife anymore is a lot to take in,” the insider said. “Whether it’s the best decision for their family or not.”