Stamp of approval! Kourtney Kardashian and Travis Barker can count on their families’ support as their romance continues to thrive.

“Kourtney and Travis have been spending a lot of time together, but they’re taking their time and trying not to move too fast,” a source tells Us Weekly exclusively. “No one is surprised by their relationship.” 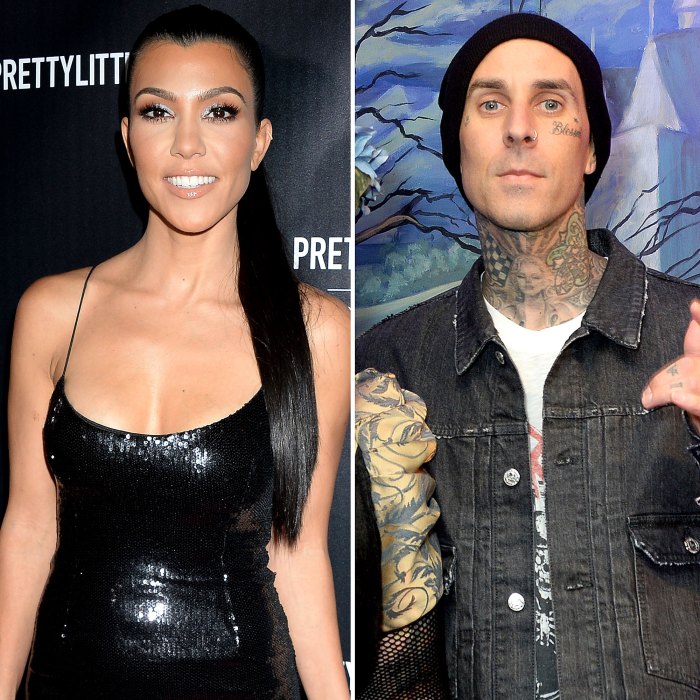 The insider notes that Kardashian, 41, and Barker, 45, have “so much in common” with each other. “They have big modern families [and they] both are dedicated to their kids. They come from these modern families with modern relationships,” the source continues. “Both of their families are supportive. It’s still very new, but they are both very excited by how easy it all has been.”

Us confirmed on January 24 that the Poosh creator and Blink-182 drummer are officially together after being “close friends for years.” After celebrating Valentine’s Day in front of a cozy fireplace, they made their relationship Instagram official on Tuesday, February 16, when Kardashian posted a photo of the duo holding hands. Barker shared the sweet caption-less shot via his Instagram Stories and dropped a black heart emoji on his girlfriend’s post.

A source previously told Us on February 4 that the Keeping Up With the Kardashians star was “waiting to post on social media until they get more serious” in their relationship, noting that she “likes to keep things a little mysterious” regarding her personal life. 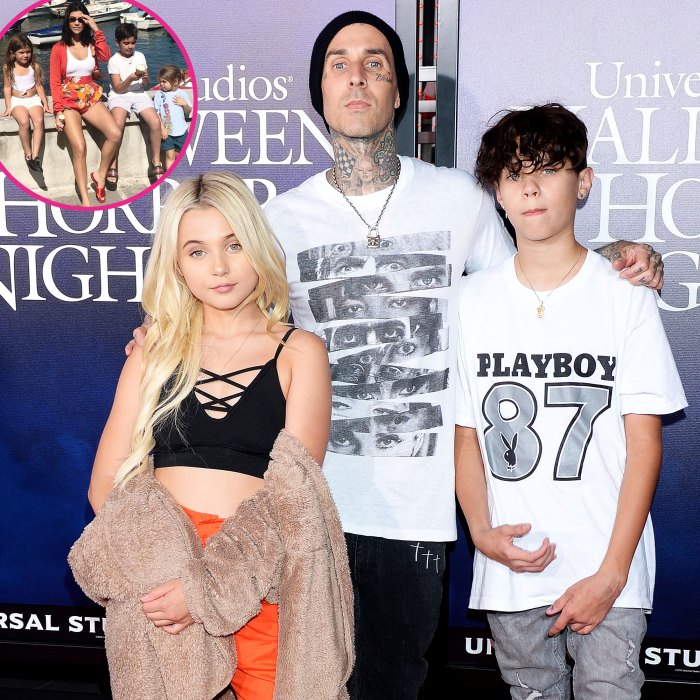 The pair grew closer after “spending a lot of time together” because of their children’s close friendship, a second insider revealed. The “What’s My Age Again?” rocker shares son Landon, 17, and daughter Alabama, 15, with ex-wife Shanna Moakler. Meanwhile, the businesswoman coparents her three children — Mason, 11, Penelope, 8, and Reign, 6 — with Scott Disick.

Disick, 37, isn’t bothered by his former flame dating the famed musician. “[He] is OK with it since she and Scott haven’t been dating for a while,” an insider told Us on February 3. “He isn’t jealous over their romance because he believes he still has the upper hand being the kids’ father.”

The same source noted that the exes still have “an incredibly special bond that no one can ever come between.”

Following his August 2020 split from Sofia Richie, the Talentless designer stepped out with Amelia Gray Hamlin — the daughter of Lisa Rinna and Harry Hamlin — that October. They made their romance Instagram official over Valentine’s Day weekend.