Love is in the air! Larsa Pippen’s attraction to Malik Beasley has only deepened despite their headline-making drama.

“Larsa is already head over heels for Malik,” a source tells Us Weekly exclusively. “She’s in all the way and sees a future with him.”

Despite her growing attraction to Beasley, the source adds that the Real Housewives of Miami alum’s “friends are telling her to take it slow and really get to know him before she jumps into this serious relationship, but it’s too late.” 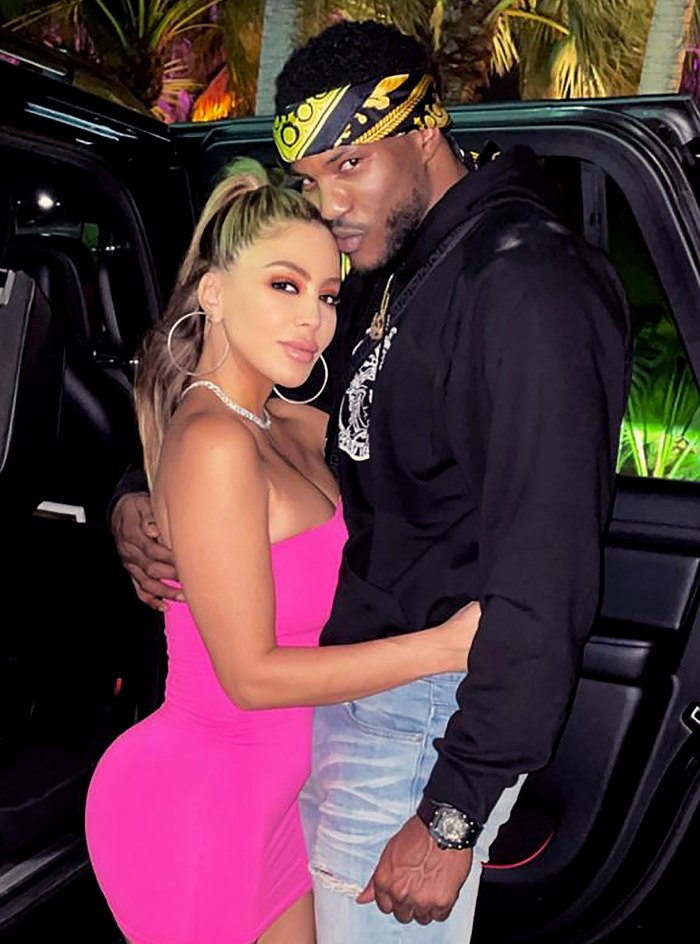 Pippen, 46, and Beasley, 24, were first spotted out together in Miami in late November as they visited a shopping center. The photos of their PDA-filled outing blindsided the Minnesota Timberwolves player’s wife, Montana Yao, with whom he welcomed a son, Makai, in 2019.

“Wow … I don’t even know this man. This is wild y’all I’m seeing it for the first time just like y’all,” the model, 23, wrote on her Instagram Stories on December 1, adding, “the truth always comes out one way or another.”

The reality star appeared to hit back at Yao’s remarks by sharing a quote to her Instagram Stories, reading, “Don’t always trust what you see on social media. Even salt looks like sugar.”

While Yao filed for divorce shortly after and claimed that the athlete kicked her out of their family home, Pippen and Beasley have continued to grow closer. Not only have they had flirty exchanges on social media, but she has visited him in Minnesota where his NBA team is from.

The duo stepped out for a night in Minnesota on December 14, and they posed for a pic in front of a massive Christmas tree days later.

The Larsa Marie designer recently spoke about forging a bond with someone. “Sometimes you meet a person and you just click — you’re comfortable with them, like you’ve known them your whole life, and you don’t have to pretend to be anyone or anything,” she wrote on her Instagram Stories on December 19.

As Larsa has continued to get engrossed in drama with Beasley, a source revealed exclusively to Us that she “has been focusing on her kids and her jewelry brand.” T