Aunt Becky wants to travel again! Lori Loughlin requested the return of her passport after completing her prison sentence for her role in the college admissions scandal, TMZ reports.

The Full House alum’s legal team reportedly filed court documents asking the United States Probation and Pretrial Services office to give back the travel document that she handed over in April 2019.

Loughlin’s request followed the lead of Felicity Huffman, who also pleaded guilty to being involved in the nationwide scam and reclaimed her passport in October 2020 following her two-week prison sentence. 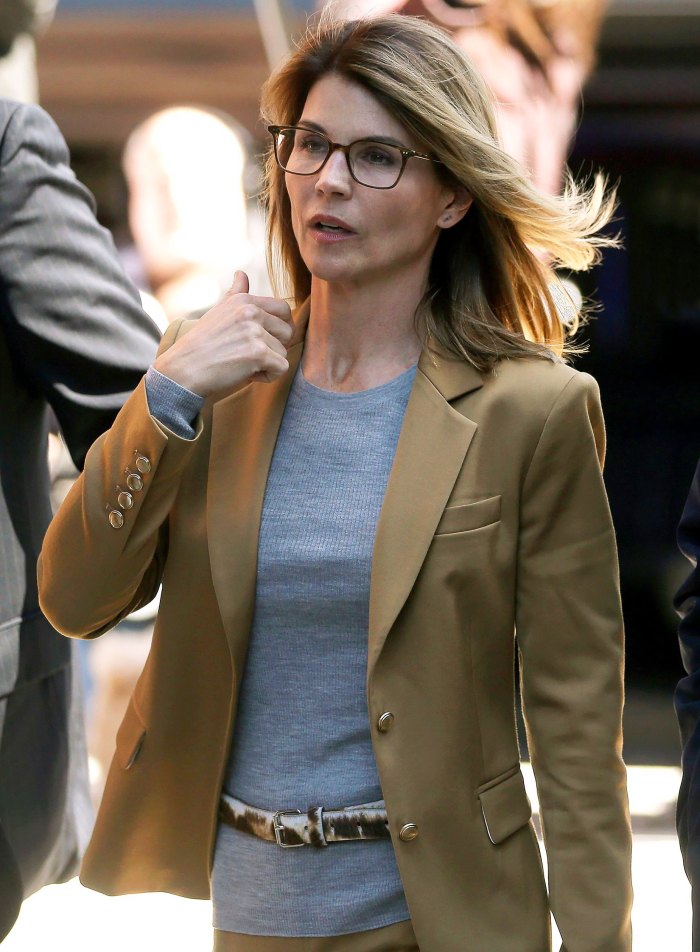 Us Weekly exclusively reported on Wednesday, February 10, that Loughlin, 56, is set to complete her 100 hours of court-ordered community service this week.

“She’s been working with children who have learning disabilities and has found it very fulfilling,” a source told Us, while a second insider noted that the actress has been “going above and beyond the hours that she is required to do.”

Loughlin was released from the Federal Correctional Institution in Dublin, California, in late December 2020 after serving just under two months. Her husband, Mossimo Giannulli, who also admitted his guilt in the bribery scandal, is currently serving his five-month sentence at a facility in Lompoc, California. The fashion designer, 57, is expected to be released in April, when he can begin his 250 hours of community service.

In addition to time behind bars and community service, the couple were each sentenced to two years of supervised release. The court also ordered Loughlin and Giannulli to pay fines of $150,000 and $250,000, respectively, which Us confirmed they did in November 2020.

After being indicted in March 2020 and initially maintaining their innocence, the When Calls the Heart alum and the Mossimo founder accepted a plea deal that May. They had been accused of paying $500,000 to get their daughters, Bella, 22, and Olivia Jade, 21, into the University of Southern California as crew recruits even though neither of the girls had any experience with the sport.

For Loughlin, it has not been easy being home while her husband of 23 years is still in prison. A source exclusively told Us in December 2020, “They are praying to be reunited [by] Easter.”