In photos and video posted by Page Six, the actress, 31, leans in to share a sweet kiss with the Scream alum, 51. The pair held hands across the table and at one point, she lifted his hand to kiss it.

After their meal, the duo put on masks and Ulrich wrapped his arms around the former Katy Keene actress from behind. 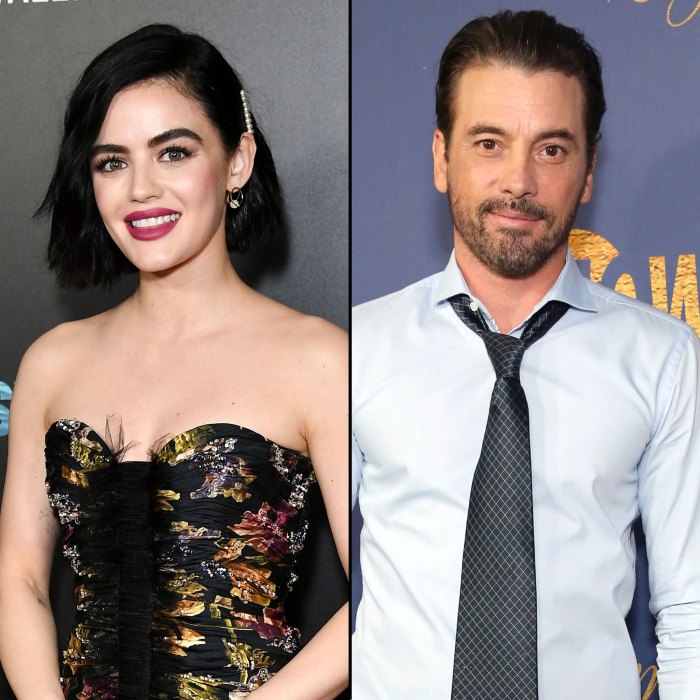 Ulrich was previously dating model Megan Blake Irwin. The pair, who went public with their relationship in May 2020, received backlash via social media for their more than 20-year age difference. “I’m 28 and my boyfriend is 50,” she wrote via Instagram the following month. “There is NOTHING wrong or weird about this AT ALL. … If anyone has a problem or has anything to think or say about that than please unfollow us both and go about your OWN lives. LOVE IS LOVE. I hope and wish everyone finds real love in life.”

Although they never confirmed their split, the couple seemingly went their separate ways in September 2020, when she was spotted out with Luke Rockhold.

“If anything during this time it’s taught [me] – because I’ve done the whole thing basically alone and I used to hate being alone – I feel the only way I’m gonna date someone next is if they make my life better because I’m so happy right now having my own routine,” Hale told Entertainment Tonight about being single in July 2020, one day after she was spotted on a hike with Underwood, 29. “I’m on a dating site now and I still never met up with any of them because I’m too nervous. Believe it or not, I’m really shy in that sense.”

That month, a source exclusively told Us Weekly that they were casually dating and simply getting to know each other.

There is no need to highlight how much love and care grandparents give to their grandchildren. Now when your grandad...