As Machine Gun Kelly came clean about his decision to seek treatment, he revealed how his girlfriend, Megan Fox, has been monumental to his journey.

In a recent profile for Interview, Kelly spoke with Dave Franco about how he’s working to heal through therapy.

“Currently, my drug of choice is happiness and commitment to the art, rather than commitment to a vice that I believed made the art,” the “Bloody Valentine” rapper, 30, said in the interview published on Friday, November 27. “I’m taking steps. I had my first therapy session last Thursday. That’s the first time I ever went, ‘Hey, I need to separate these two people,’ which is Machine Gun Kelly and Colson Baker. The dichotomy is too intense for me.” 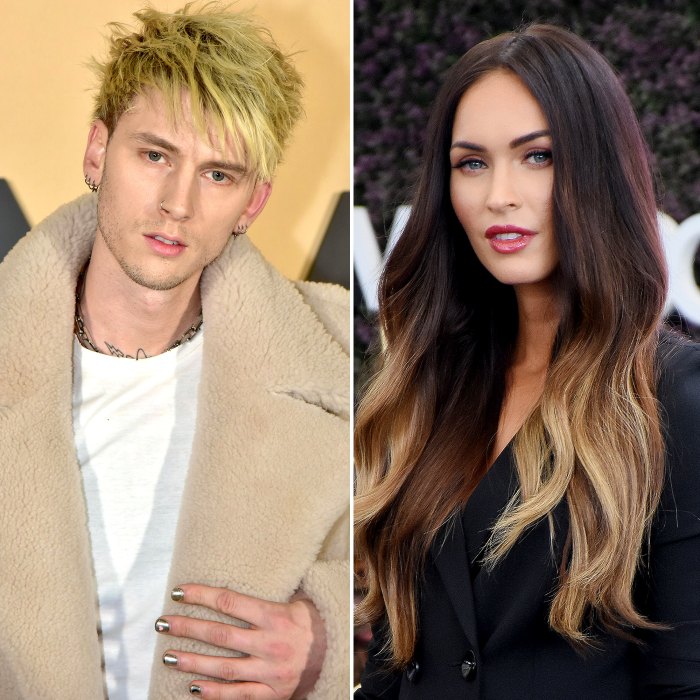 Kelly told Franco, 35, that he is still “early” in his process but the tools that he has been provided with “seem helpful” so far.

“I’m still kind of ripping my hair out. Why am I not changing overnight? How am I supposed to meditate for 10 minutes when I can’t even sit in my own brain for two minutes without distracting myself by doing something? That’s really hard,” the “Drunk Face” artist explained. “But the commitment to change is inspiring, and I think will reverberate through the universe and definitely through my family.”

The King of Staten Island actor added, “I can see it already with the people around me. The willingness to finally be happy with my own self has invited a much more vibrant energy around us than before.” 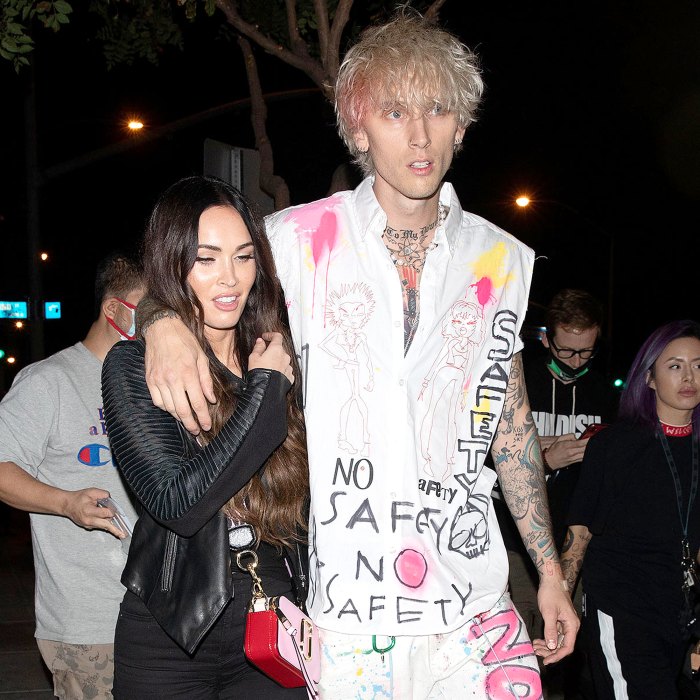 Megan Fox and Machine Gun Kelly heading to the Roxy Theater together after a dinner date on September 25, 2020 in Los Angeles, California. iamKevinWong.com/MEGA

As he detailed the severity of his drug use, Kelly explained how he long believed it helped him unlock something in his brain. He admitted that Adderall was a “huge thing” for him, which transitioned from him taking it orally to him snorting it. “It became something where I was scared to ever go into a studio if I didn’t have something,” he continued. “I wouldn’t even step out unless there was a medicine man who was going to visit me and give me what I needed. And that’s where it becomes a problem.”

Kelly was also asked whether he has had a mentor throughout his journey. The Cleveland native noted that frequent collaborator Travis Barker has “been huge in the process of grounding” him, but he also highlighted Fox’s role in his growth. “When you have a partner, mine being Megan, sitting there with you on those dark nights when you’re sweating and not being able to figure out why you’re so in your head, to help you get out of your head and put it in perspective, that really, really helps,” the “Forget Me Too” singer shared.

Us Weekly broke the news of the duo’s relationship in June, one month after Fox’s estranged husband, Brian Austin Green, announced their split after nearly 10 years of marriage.

The New Girl alum, who shares sons Noah, 8, Bodhi, 6, and Journey, 4, with Green, 47, recently said that Kelly’s bad-boy ways stemmed from a “genuine extension of a very real rage and a very deep pain.” However, the 34-year-old additionally explained how she has been influential in her beau’s healing.

“He looks to me to avoid his own self-destructive tendencies, and that’s where I’m useful because on his own and left to his own devices, I don’t know how much interest he has in caring for himself,” she told Nylon last month, joking that “loving him is like being in love with a tsunami or a forest fire.”