Staying out of it! Kristin Cavallari is trying not to focus on the drama surrounding her estranged husband, Jay Cutler, and Madison LeCroy.

The Southern Charm star, 30, who was recently linked to Cutler, 37, made headlines earlier this month after she allegedly slammed Cavallari’s parenting skills following the Uncommon James founder’s December 2020 hangout with her ex-boyfriend Austen Kroll.

“All of what Madison is saying and putting out there is just noise to Kristin,” a source exclusively tells Us Weekly. “Kristin is unbothered by what is being said about her — it just doesn’t affect her in any way, to be honest.”

The insider notes that the Very Cavallari alum, who shares Camden, 8, Jaxon, 6, and Saylor, 5, with Cutler, “doesn’t take the time to read what’s being written about her and doesn’t know unless someone close to her brings it to her attention.” 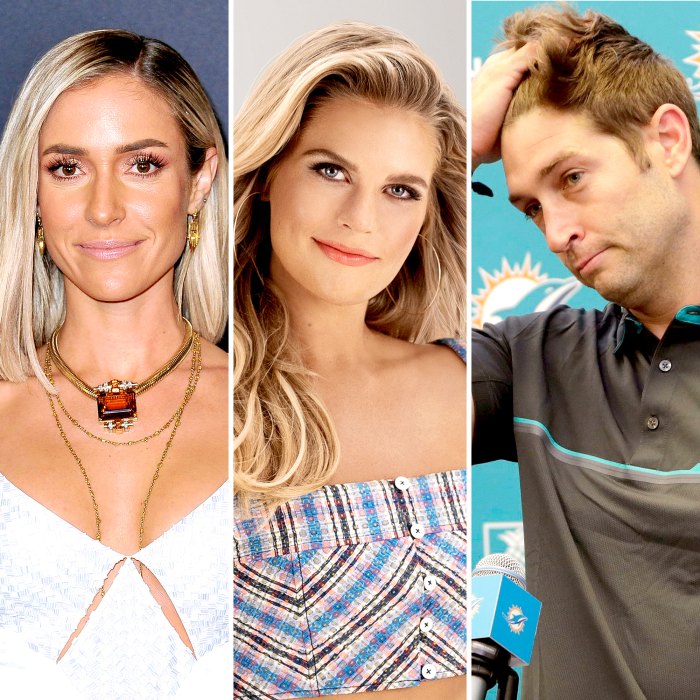 The True Comfort author, 34, “doesn’t spend a lot of time on social media,” the source says, adding, “She’s focused on growing her business Uncommon James and focused on being a mother.”

LeCroy was accused of mom-shamming the Laguna Beach alum after she recreated Cavallari’s Taylor Swift dance party with the Bravo star’s castmate, Kroll, 33, on Friday, January 22.

“Don’t worry, my kid is at his dad’s,” the hairstylist, who shares son Hudson, 7, with ex-husband, Josh Hughes, quipped in the clip after mocking Cavallari’s dancing in a different video. “I think when that video was made, hers weren’t.”

Following the incident, Cavallari’s best friend Justin Anderson took to social media to support her because “he wanted to defend Kristin and knows that she won’t say anything,” the insider says.

The same day, the Hills alum and Cutler posted a photo together on both their Instagram accounts, seemingly responding to LeCroy’s video — and sparking speculation that they may be back together. “The world is full of users,” they both wrote at the time. “10 years. Can’t break that.”

The South Carolina native clapped back at Cutler and Cavallari on Saturday, January 23, by releasing her alleged text messages with him, claiming he pursued her.

“You reached out to me … Your intentions may have not been pure but that might be you projecting. I’ve never said anything about Kristin nor would I,” LeCroy wrote in the texts via her Instagram Story. “I came into this honestly with good intentions. I want no part of being involved in a payback or drama. But you initiated and pursued.”

The reality star added that she “kept my mouth shut until I get called a liar…” before posting a photo of her and Cutler via her Instagram Story, adding, “Too bad it didn’t work out.”

The former NFL player was linked to LeCroy earlier this month with a source telling Us that they had a “new, flirty, thing” but it was “nothing serious.”

The pair’s romance came one month after their exes sparked romance speculation when Kroll visited Nashville with his Southern Charm costar Craig Conover and partied with Cavallari and Anderson.

Both Kroll and Cavallari, however, have said they are nothing more than friends. “There is no Austen and Kristin, you know, it’s just funny,” the beer maker exclusively told Us after the flirty, wine-filled night. “Kristin is a beautiful, driven girl, clearly, you know, what I’m attracted to, but she has a lot on her plate. She’s going through her own stuff.”

LeCroy told Us in December 2020 that her on-again, off-again relationship with Kroll was done for good, saying she is “1,000 percent single, and so is he.”

Cavallari, for her part, announced her separation from Cutler in April 2020 after seven years of marriage. She moved on with comedian Jeff Dye six months later, when the pair were spotting kissing in Chicago.