Margaret Qualley shared a message of support for FKA Twigs on Instagram on Saturday, February 20, amid the singer’s allegations of abuse against their mutual ex-boyfriend, Shia LaBeouf.

“Thank you,” the Once Upon a Time in America actress, 26, captioned a photo of the “Cellophane” songstress on the cover of the March issue of Elle magazine. 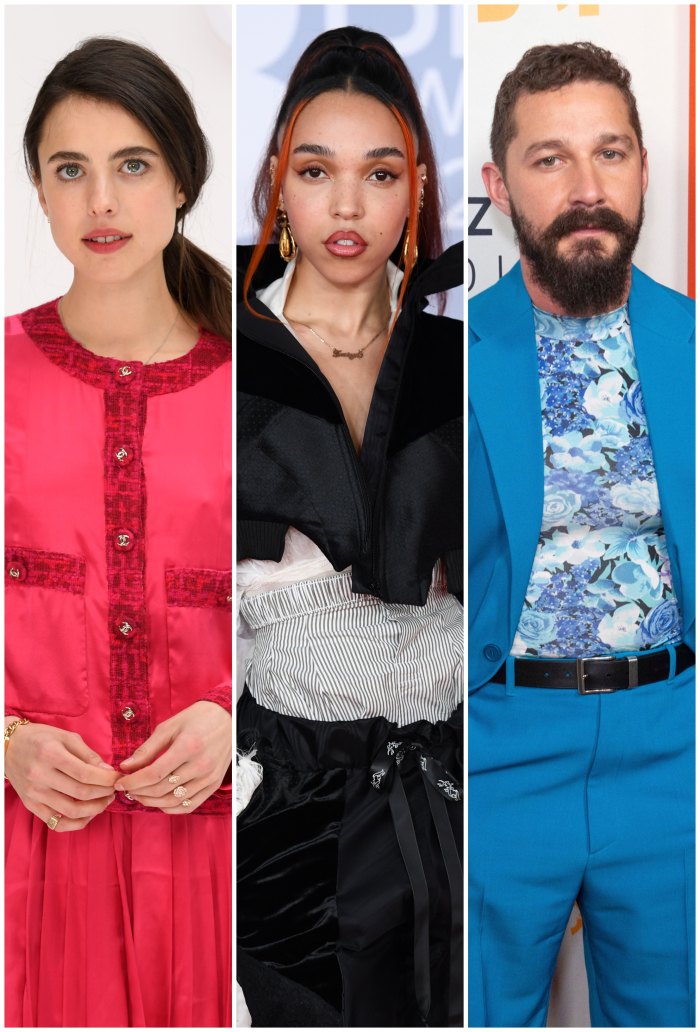 In the cover story, the 33-year-old (real name Tahliah Debrett Barnett) opens up about her relationship with LaBeouf, 34, saying, “It’s a miracle I came out alive.”

Twigs, who filed a lawsuit in December alleging her Honey Boy costar physically, emotionally and verbally abused her during their year-long relationship, went into detail about a Valentine’s Day 2019 vacation when they traveled together to a hotel spa. She claimed that she woke up to find LaBeouf on top of her with his hands around her neck, strangling her. “I’ve woken up to him strangling me multiple times. I’ve not been able to breathe at his hands,” she told the magazine, alleging it wasn’t the only time it happened.

After the Valentine’s Day weekend, she started seeing a therapist. “At that point, I had pretty severe PTSD. I was a mess,” Twigs said, explaining that she began packing to escape from their rental but he arrived home unexpectedly and physically intimidated her into staying.

The British star, who dated the Even Stevens alum from mid-2018 to May 2019, told Elle that the actor “had a gun by the side of the bed and was erratic” during their relationship, which made her scared to get up in the middle of the night to use the bathroom in fear that he might shoot her.

At one point, Twigs sent a pic of the gun to her manager. “I thought to myself, ‘If he shoots me, and then if there is some sort of investigation, they will put the pieces together. I need to leave little clues,’” she said.

LaBeouf previously addressed her lawsuit in a statement to The New York Times, saying that “many of the allegations are not true,” but adding that he accepted “accountability” for his mistakes and revealing that he is in a 12-step program and therapy.

His attorney, Shawn Holley, later told Variety that the Transformers star was planning to seek treatment.

“Shia needs help and he knows that,” Holley said in December. “We are actively seeking the kind of meaningful, intensive, long-term inpatient treatment that he desperately needs.”

LaBeouf was spotted kissing Qualley at LAX airport a week after Twigs filed her lawsuit in December. The PDA came two months after the pair stripped naked and romped on a bed in the NSFW music video for Qualley’s sister Rainey‘s music video for “Love Me Like You Hate Me.

Less than three weeks after their make-out session, a source confirmed to Us Weekly that the pair had split on January 2.

If you or anyone you know has been sexually abused, call the National Sexual Assault Hotline at 1-800-656-HOPE (4673). A trained staff member will provide confidential, judgment-free support as well as local resources to assist in healing, recovering and more.