So fetch! Jonathan Bennett and his longtime boyfriend, Jaymes Vaughan, have taken a major step in their relationship.

Bennett, 39, and Vaughan, 37, announced on Monday, November 30, that they are engaged. According to People, the Celebrity Page host popped the question to the Mean Girls star with an original song.

Bennett spoke to Us Weekly exclusively last month about whether the twosome were heading toward marriage. “It’s percolating. It’s going to happen,” he told Us on October 15. “I think at some point, when the time’s right, you know. It’s in the works.” 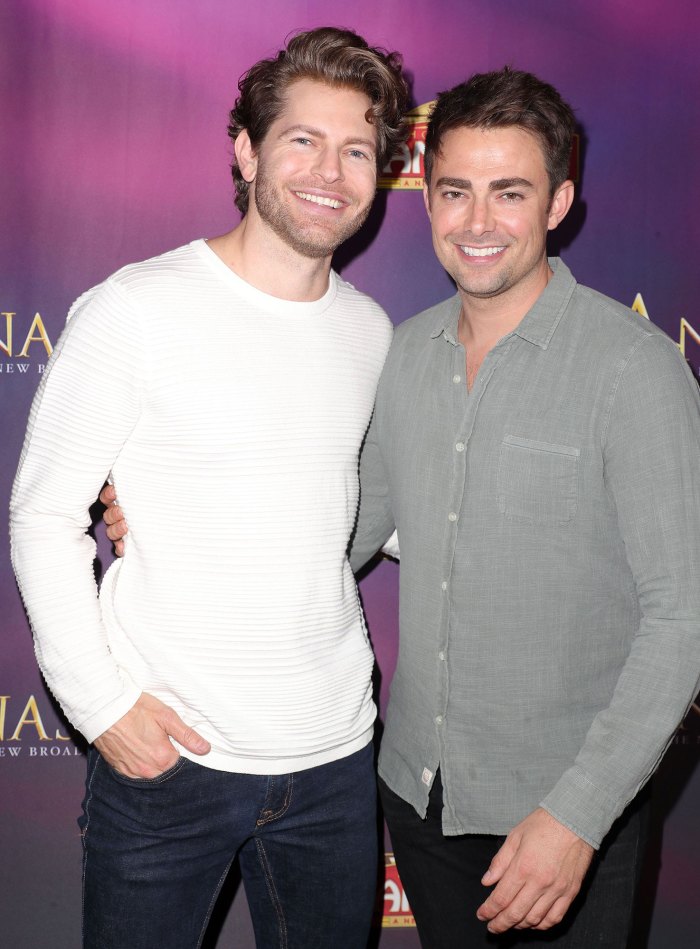 Earlier this year, Bennett described how he hoped to get engaged to Vaughan. “I want a flash mob, just saying, with drag queens,” he told HollywoodLife in January. “I’m a control freak … If we’re going to get married, I want to propose because I want to control it and make it perfect and amazing and then I realized I would have to do all the work if I… If he’s the one that does it, all I have to do is show up and say, yes.”

The former Cake Wars host began dating Vaughan in 2017. Around the time that their romance was confirmed, Bennett began sharing several pics of the pair on Instagram.

“Thanks @jaymesv for helping me grow and teaching me how to be a grown ass man.❤️,” he captioned one pic from that November, while writing beneath another snap shared days later, “This guy looks better. Makes me look better. I’m the luckiest. #love.”

The couple adopted a Goldendoodle named Yasss in 2019. By September 2020, Bennett revealed that they had purchased their first house together in Palm Springs. He shared the happy news alongside a photo of the pair kissing while holding onto house keys.

The Christmas House star recently told Us what the couple has been up to throughout the coronavirus quarantine. “We’ve just been taking all this free time that we never get, because we’re always on the go in different places and using it to just get our new house put together,” he said last month. “So, we’ve been doing that and it’s a lot of fun.”