An unexpected accessory. Megan Fox seemingly reacted to rumors that she is engaged to boyfriend Machine Gun Kelly after seven months of dating.

The actress, 34, posted a close-up photo of a ring on her left hand via her Instagram Story on Friday, January 29. “F–k you,” the piece of jewelry read. She added an eye-roll emoji to her post. 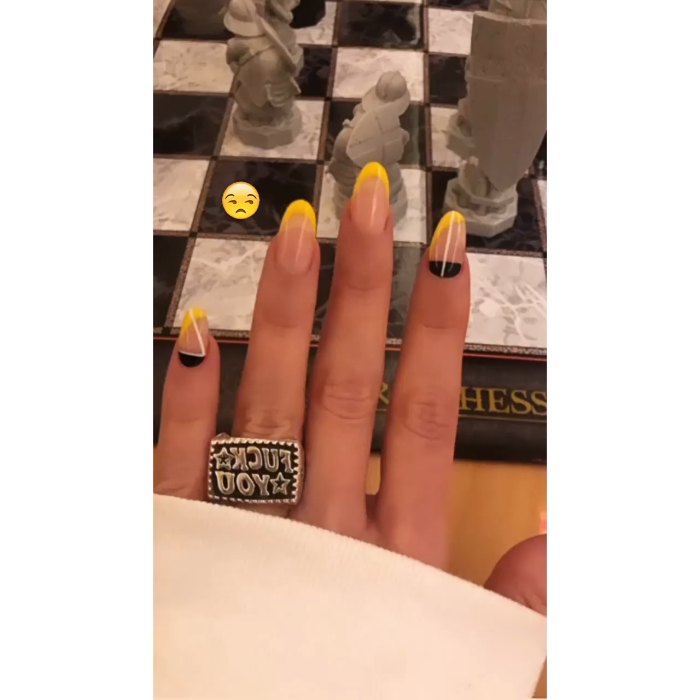 Fox sparked engagement speculation on Thursday, January 28, when she was spotted wearing a huge ring in photos published by the Daily Mail. She and Kelly, 30, were seen outside of a New York City hotel while on the way to rehearsals for his Saturday, January 30, performance on Saturday Night Live. The musician also sported a ring on his left hand, which appeared to be costume jewelry.

The Transformers star’s estranged husband, Brian Austin Green, confirmed their separation in May 2020 after nearly 10 years of marriage. She officially filed for divorce in November 2020. The two share sons Noah, 8, Bodhi, 6, and Journey, 4. 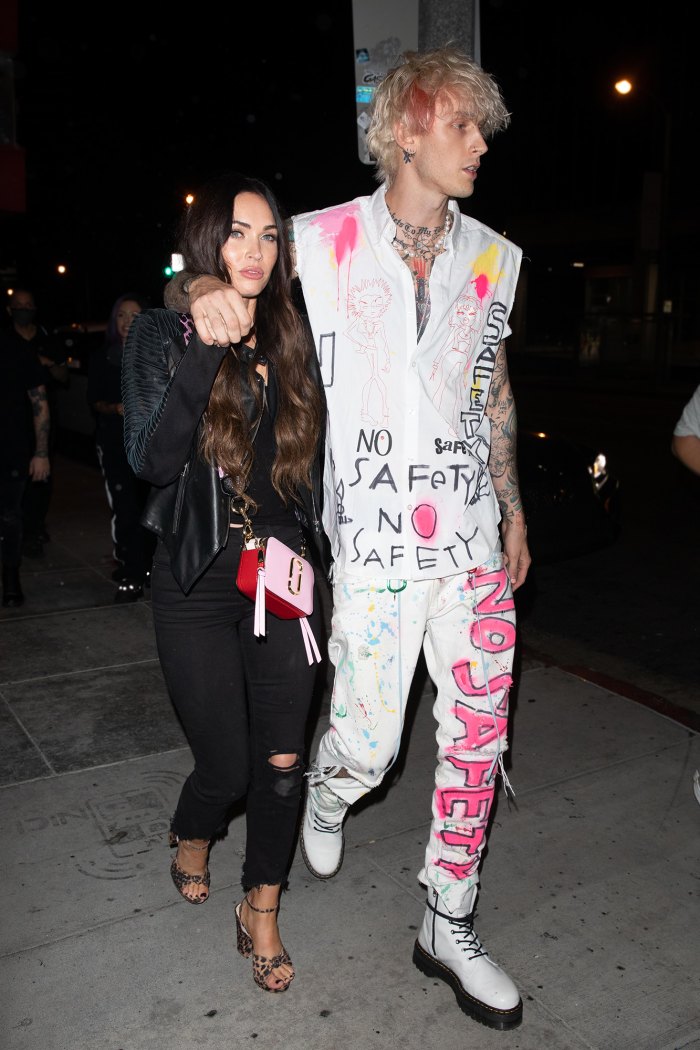 Fox was linked to Kelly in May 2020 after the pair met on the set of their upcoming film, Midnight in the Switchgrass. Us Weekly exclusively revealed the following month that they were “officially dating,” with a source adding at the time, “They’re enjoying spending more and more time together and have a strong connection.”

The singer opened up about seeking treatment in a November 2020 profile for Interview, crediting the New Girl alum with his progress. “When you have a partner, mine being Megan, sitting there with you on those dark nights when you’re sweating and not being able to figure out why you’re so in your head, to help you get out of your head and put it in perspective, that really, really helps,” he explained.

Green, for his part, has moved on with Sharna Burgess, whom he sparked romance rumors with in December 2020 amid a romantic getaway to the resort in Hawaii where he married Fox. The actor, 47, and the Dancing With the Stars pro, 35, confirmed their relationship earlier this month with a PDA pic on Instagram. He later revealed they were set up by his business manager.

“Their vacation to Hawaii has brought them closer. While they’ve become Instagram official, people don’t see how close they’ve actually become since their meeting,” a source told Us earlier this month. “Those who know them can see them being together for the long haul and getting super serious.”

Kate Winslet is confident she found The One in husband Edward Abel Smith, formerly known as Ned Rocknroll. The Oscar...